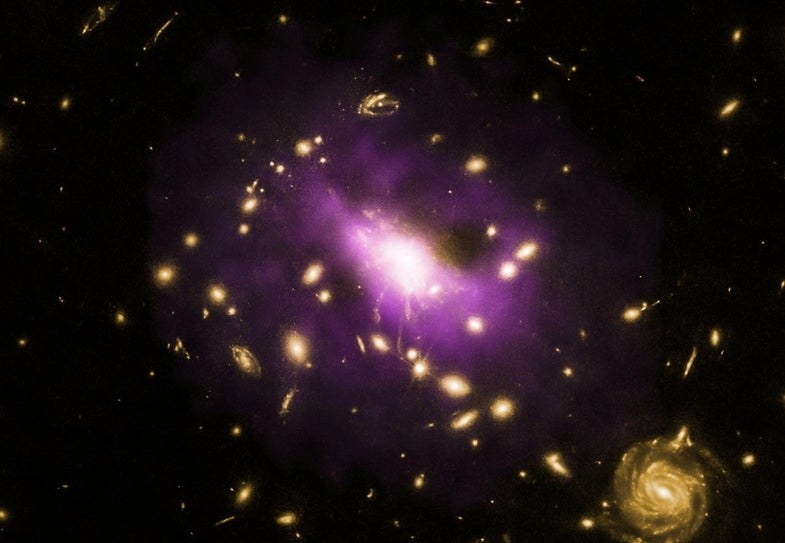 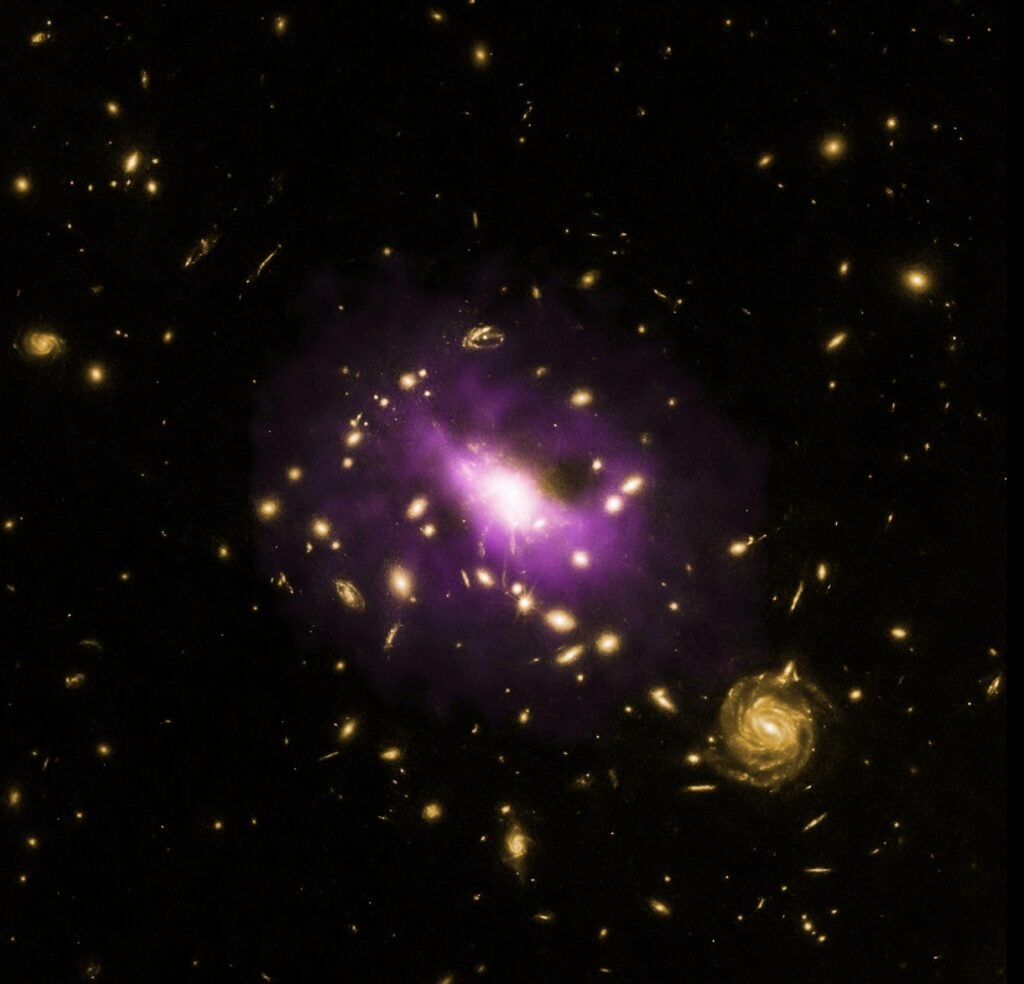 One of the most powerful things in the universe wears a sparkly purple coat. Well, at least it looks that way in this image combining data from NASA’s Chandra X-ray Observatory and the Hubble Space Telescope. This is an image of the galaxy cluster RX J1532.9+3021 (Nice to meet you; my name’s Francie). At the cluster’s center is one of the most powerful black holes astronomers have ever found. The black hole is surrounded by hot gas, which appears here in purple.

Normally, astronomers would expect dense, hot gas like this to form stars, but they haven’t found any evidence of stars here. Instead, they think, the black hole has prevented stars from forming by keeping the gas hot where it would normally cool, drop in pressure, and pull in more gas to form trillions of stars.

The black hole is so powerful, it’s created gaps in the gas surrounding it. NASA explains:

Astronomers have found other black holes that formed similar cavities, but these are unusually large—about the size of the Milky Way galaxy.

This and other evidence suggest the black hole could be “ultramassive,” instead of merely supermassive, and have a mass more than 10 billion times that of the sun. It could also be extremely massive and spinning slowly.

A team of astronomers who studied the black hole published a paper about it in The Astrophysical Journal and on the paper server arXiv.