This seagull-shaped nebula is a hangout for baby stars

It spans 100 light-years from wingtip to wingtip. 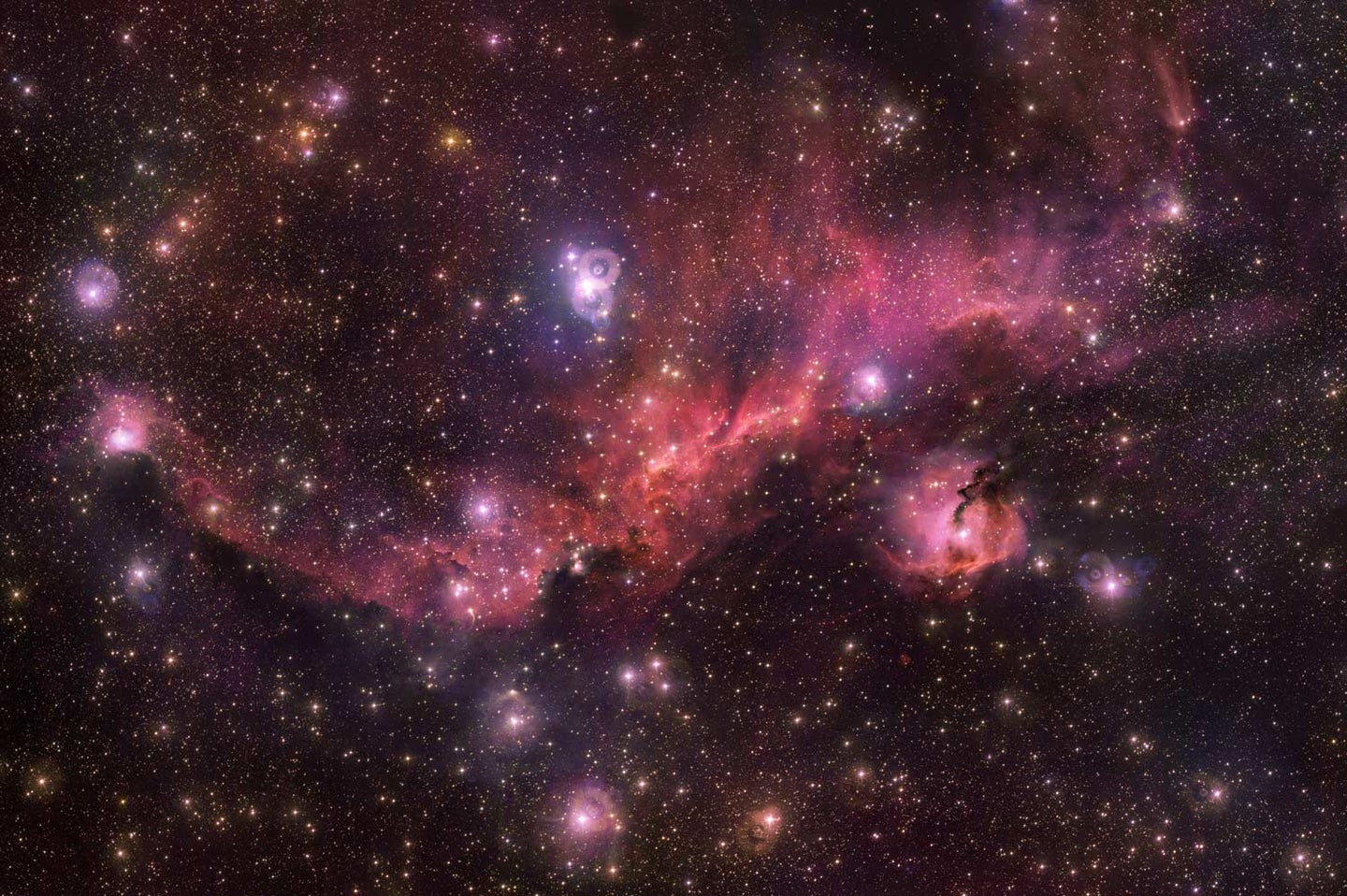 In a distant arm of the Milky Way—3,700 light-years from Earth, to be exact—a massive, glowing plume of dust and gas takes the shape of a bird in flight. Polka-dotted with baby stars, this aptly-named Seagull Nebula is a point of interest not just for birdwatchers, but for astronomers studying stellar birth. The European Southern Observatory recently used their Very Large Telescope in Chile’s Atacama Desert to get a closer look.

According to an ESO release on Wednesday, the cosmic gull is mainly made up of three hefty gas clouds containing mostly hydrogen. The one that forms the wings, known as Sh2-296, is the largest and most distinct. It’s an emission nebula, which means stars infuse gas there with so much energy (in the form of radiation) that the molecules within it get excited and glow. This nebula also has dark streaks of dust that hide certain swaths of luminosity. The grand result is the rosy, illuminated shape of our favorite pesky seabird.

The bird’s eye is worth peeping—it’s an extremely bright star called HD 53367, and is 20 times more massive than the Sun.

To see the full panorama from eyeball to wingtip, Nick Wright, an astronomer at Keele University, processed and stitched together multiple images from the VLT’s Survey Telescope. Wright says the Seagull Nebula is a classic example of an emission nebula—the Orion and Eagle Nebulas, for example, behave similarly. Such formations begin with immense, relatively cool gas clouds that eventually create stars. Those newborns then excite the remaining gas, lighting it up.

Looking at the night sky from Earth, you’d be able to spot the Seagull Nebula smack between the Canis Major (The Great Dog) and Monoceros (The Unicorn) constellations, though it’s tough to do so without an advanced telescope. Astronomers like Wright, though, will continue to gander at the Seagull and other nebulas to better understand the intricacies of star and nebulae formation. “Each nebula is different,” Wright told PopSci in an email. “It can be interesting to explore different nebulae and help us build up a bigger picture of how these nebulae are shaped by the stars around them.”