These killer whales go through menopause

Few mammals go through menopause, and the Biggs killer whale is one of them. 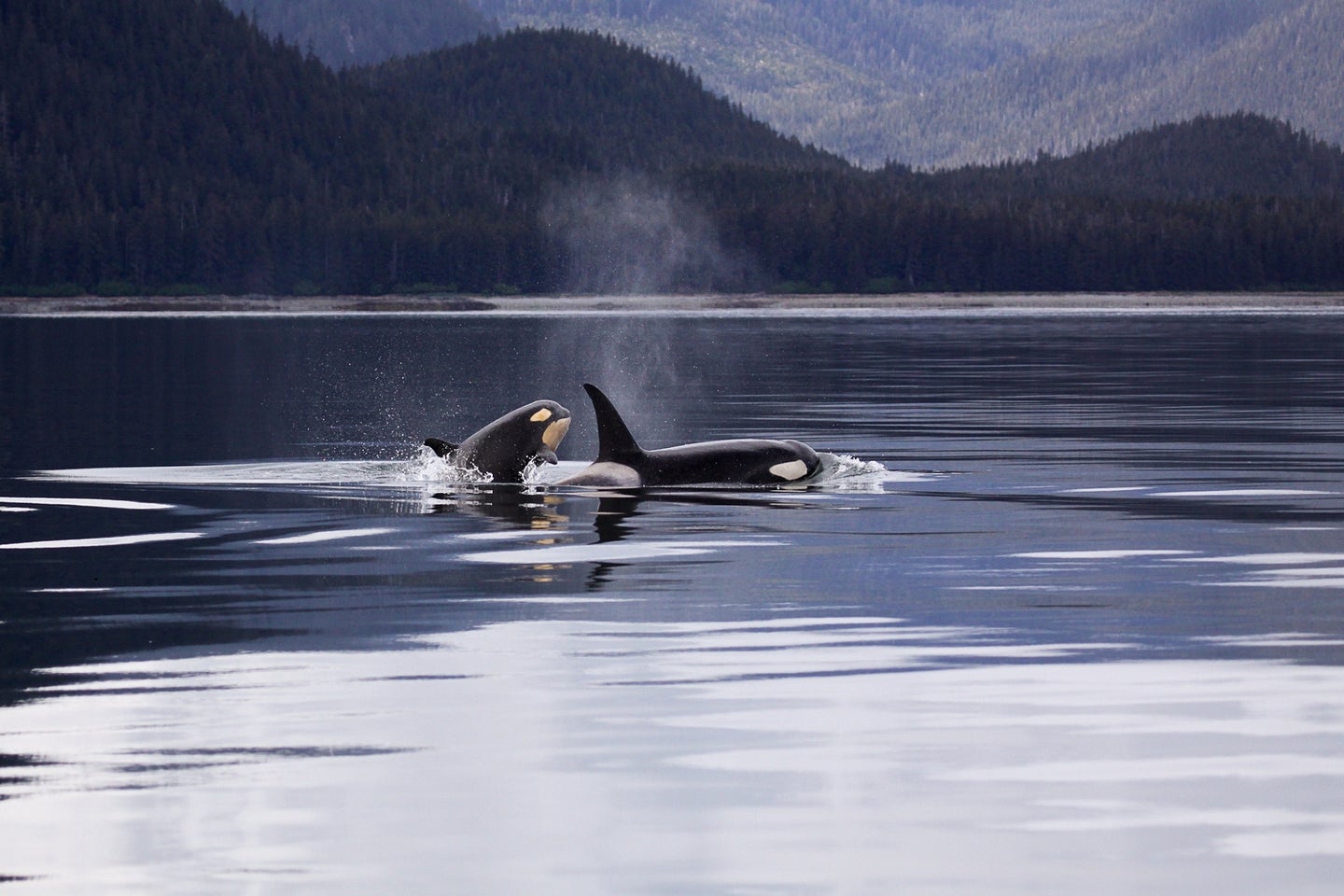 Bigg's killer whales live almost half their life not reproducing—and we aren't sure why. Pixabay
SHARE

Many animals will give birth throughout their lives—sometimes to dozens of little baby creatures. However, only a few will ever age out of their prime birthing years. Only humans and four types of whales are known to experience menopause—when the body stops being able to reproduce but life continues.

Menopause, or what scientists call the post-reproductive phase, is an evolutionary puzzle—no one knows exactly how or why it evolved. So far, leading theories are that the trait developed so older females could help raise the offspring of their younger counterparts.

However, a study published this month in Ecology and Evolution found evidence of menopause in a genetically unique population of killer whales called Bigg’s killer whales, which are found off the coasts of Washington State and British Columbia and can grow up to 8 meters in length. Previously, it was unknown whether or not these whales experienced menopause, but many ecologists felt it was unlikely they did.

Killer whales in general are one of the few mammals known to undergo menopause. They are also one of the most diverse and far-ranging species, swimming around all seven oceans. This means there are several distinct genetic populations that vary in social structure, diet, and habitat. Prior to this study, ecologists only knew of a few populations of killer whales that entered menopause, one being the resident population of North America.

According to Mia Nielson, lead author of the study and a Ph.D. student of animal behavior at the University of Exeter, resident killer whales live in robust social groups consisting of mothers, offspring, and distant relatives. Rarely do whales leave the group—meaning post-menopausal whales can contribute to parenting their grandchildren for decades after their reproductive ability ends.

However, unlike resident killer whales, Bigg’s killer whales live in smaller social groups, usually consisting of just the mother and her offspring. With a lack of grandma whales to be found,  leading theories on the evolution of menopause don’t quite add up for this particular group of water-loving mammals.

To determine that Bigg’s killer whales undergo menopause, Nielsen and her team analyzed data collected from both Biggs and resident populations over a 40 year period. The data kept track of individual whale’s date of birth, death, as well as a timeline of when and how often they reproduce.

These two populations have many similarities—including residence in similar habitats, even overlapping territories off the coast of Washington state and British Columbia. The only main difference, besides social structure, between the two groups is diet—resident populations exclusively eat fish, whereas Biggs prefer to munch on fellow mammals like seals.

Differences aside, both populations stopped giving birth in their 30s, but still lived healthily into their 60s or even 80s, the study shows.

This discovery was a huge surprise: The team hypothesized that even if Bigg’s killer whales undergo menopause, it would occur later in their lifetimes since the evolutionary advantage isn’t as clear for these orcas’ smaller social structures. One explanation may dive deep into the evolutionary past of killer whales—it is possible menopause evolved in an ancient common ancestor of both Bigg’s and resident killer whales.

However, that isn’t to say there are no evolutionary benefits of menopause for these marine mammals. Another explanation is that elderly females act as ecological guides later in their life, leading the pod to the best hunting spots, teaching them the lay of the land, and leaving their wisdom to future generations.

Additionally, older female whales can avoid the drama of competing with their family members for mates and resources as they age. “That conflict is something older females can avoid by stopping reproduction,” says Nielson.

Nielsen hopes to conduct in-field observations using drones in the near future, which could better track relationships between whales in the same pods as well as their movements. “It is just super exciting that we now know that there’s another population of animals that have this really rare life history where they enter menopause,” says Nielsen. “It provides us with a new species where we can start to investigate why menopause has evolved.”