The gobble gathering may also be a foreboding sign of climate change. 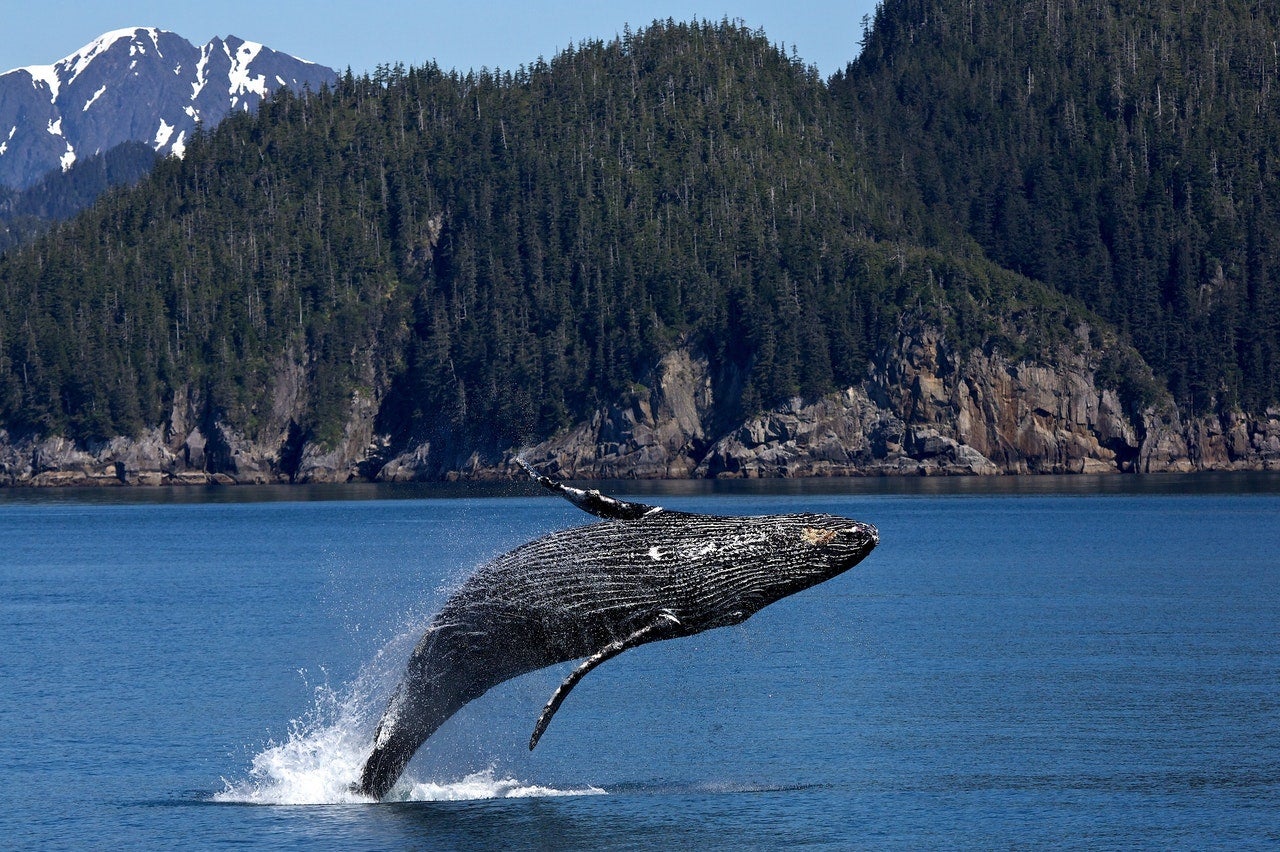 Simon Millar was leading his team of marine tour guides in a training exercise off the coast of Bermagui in New South Wales, Australia, when they spotted a commotion of splashing, churning water. They quickly realized what they were witnessing was an enormous “megapod” of humpback whales.

Millar and his crew watched the whales circle around a “bait ball,” a school of fish herded into a tight spherical shape. The humpbacks would slap their tails to keep the prey inside that sphere, and pick off the straggling fish nearer to the outside. The crew managed to capture the phenomenon on video, and commemorated their experience in an Instagram post.

It’s apparently only the second time such a massive aggregation of humpback whales has been spotted in Australian waters, according to Millar.

“It was incredible,” Millar told CNN. “We saw the whales swimming all around the area. They were just everywhere. We were very lucky.”

Those who explore Australian waters know that the region is a regular travel spot for humpback whales. While exact migration schedules are variable, Australia’s Department of Agriculture, Water, and Environment says that humpbacks will generally swim from Antarctica, through Australian waters, then up north towards the sub-tropics starting around June. There they’ll mate and birth their young before making the return trip back down to Antarctic waters from September to November.

The time of year, then, wasn’t the remarkable bit. Instead, it’s the fact that humpbacks are relatively solitary creatures. Generally they’ll travel in groups of just two to 15.

“Aggregations of whales … have seldom been reported in the literature, with ‘large’ groups often numbering in the range of 10 to 20 or less,” marine biologist Ken Findlay told TIME back in 2017, after his team of researchers found a staggering group of about 200 humpbacks in South African waters.

Whales have been feeding a lot more in Australia in recent years, Millar also told CNN, possibly because food shortages are leading the mammals to take advantage of prey when they encounter it. “We are depleting their food source in Antarctica by overfishing.” Scarcer prey means that the whales need to search for food more often.

[Related: Humpback whales are organizing in huge numbers, and no one knows why]

Centuries of commercial whaling drastically reduced humpback whale populations—whalers have killed between 40,000 and 60,000 of them since the early 1800s. They were hunted incessantly for their meat and blubber, which could be turned into oil and used in a variety of industrial products like lamps.

It got so bad that only an estimated 450 humpbacks were alive in the 1950s. The US government listed all humpback whales as endangered in 1970, and the International Whaling Commission issued a full moratorium on commercial whaling in the mid-1980s. Thankfully, cutting down on whaling and increasing marine protected areas have led humpback populations to rebound to nearly 80,000 today.

Now climate change and fishing activity are the latest human-driven phenomena threatening the majestic marine giants. While nine of the 14 distinct humpback whale populations in the world are no longer considered endangered (four are still endangered and one is threatened), recent studies suggest that climate change will put pressure on these seafaring mammals by changing their prey availability.

At the end of the day, he added, humans are both “competing with (whales) directly for food,” and competing with whales indirectly, by changing the global climate and altering where that food is available.