How Zombie Spiders Are Enslaved As Wasp Nursery Builders

Parasitic wasps are horrible things. They inject their quarry with chemicals that turn them into zombies, forcing the host animal... 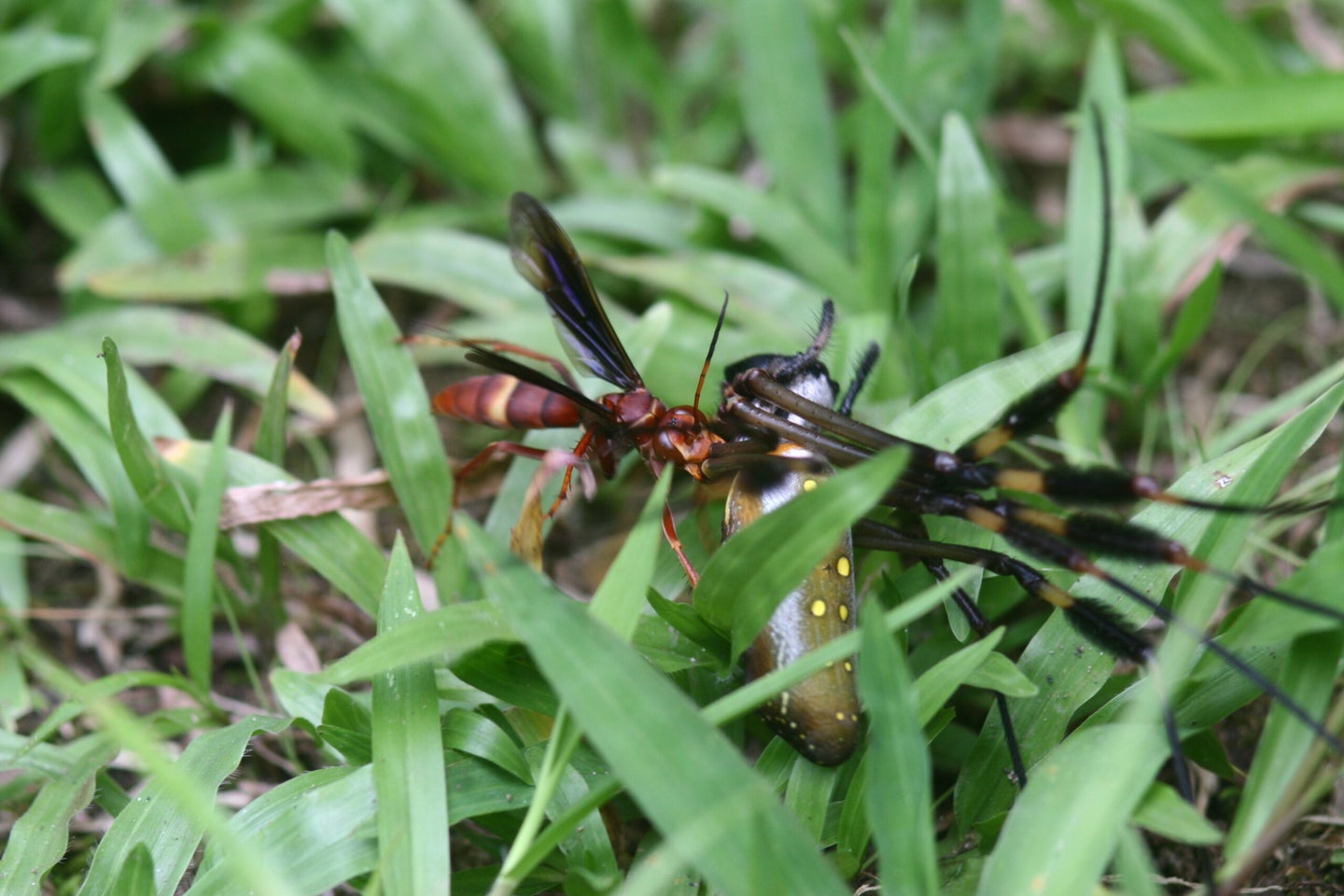 Parasitic wasps are horrible things. They inject their quarry with chemicals that turn them into zombies, forcing the host animal to do their bidding. A new study has some insight into how a species of spider is forced to build a nursery for tiny wasp babies, ensuring their survival after the spider is killed.

Along with its lovely, large webs designed to catch flying insects, the orb-weaving spider species Cyclosa argenteoalba builds itself a “resting” web, where it hangs out before molting. Its decorations reflect UV light, which may help protect the web from destruction by birds or predator insects. This web doesn’t have a sticky spiral to catch insects, hence the resting moniker.

A species of parasitic wasp takes advantage of this innate ability, and forces the spider to use the same methods to build a very safe wasp nursery. The pupating larvae are protected from the elements and enemies after they kill the spider.

The wasp,* Reclinervellus nielseni*, injects its young into the body of the spider, which now not only hosts the larvae but also sets to work. In an experiment published in the Journal of Experimental Biology, Keizo Takasuka from Kobe University, Japan and colleagues watched some parasitized, zombified spiders build special “cocoon webs.” They determined these are related to the spiders’ own resting webs.

Instead of building a typical-looking spiral web, the spiders built a tight web with fewer concentric rings and only a few thick strands. They went back and forth over each strand multiple times, reinforcing their work. Each thread was significantly stronger and thicker than those in the spiders’ normal webs, the researchers noticed. When the spiders were done, they waited for death to come.

“When cocoon web construction was finished, all spiders sat on the hub, remaining stationary until death brought about by the wasp larva,” the researchers write.

How on Earth does this happen? This is less clear. Because the nursery web takes a similar form as the spider’s safety web, which it only builds when it molts, the researchers hypothesize that the wasp injects some kind of chemical compound that simulates the hormones involved in molting. But somehow it prevents the spider from actually molting. And some other chemical must also make the spider repeat its thread weavings, which it doesn’t even do for itself.

“Physiological and biochemical approaches to investigate this further are needed in future studies,” the researchers write.