The Black Leopard Has Secret Spots

And scientists are using them to spot the cats 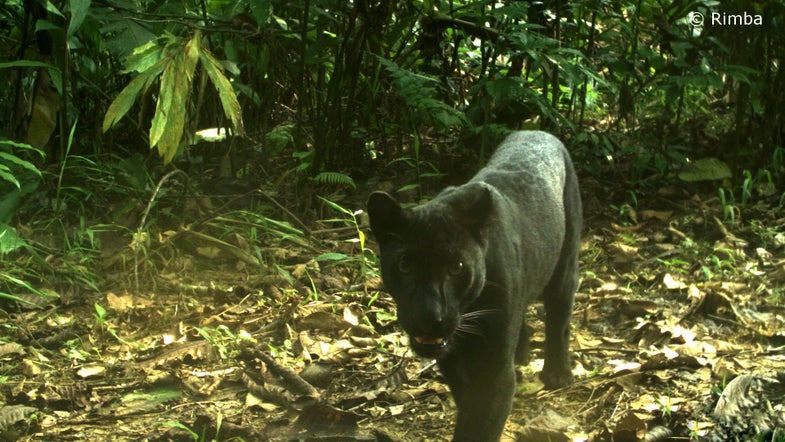 Leopards have many different spots, but in some cases, we puny humans have trouble seeing them. The problem is especially in pronounced in the jungles of the Malaysian Peninsula, where conservationists are trying to keep an eye on the small population of leopards that have evolved without the same distinctive print that leopards are known for.

For some reason, either because the color scheme offered better camouflage or simply random chance, the leopards in this region are almost entirely black, which makes them really difficult to tell apart. Until now. In a new study published in the Journal of Wildlife Management, researchers found that by using infrared cameras, they could actually see a leopard’s distinctive pattern of spots.

When a person looks at a black leopard, the distinctive pattern of spots (unique to each leopard) blends in with the dark fur. But cameras equipped with an infrared flash (usually used to take night pictures) can see the subtle difference between the two dark colors of fur. The resulting photograph of a leopard shows a unique pattern of spots that researchers can use to identify animals, and get a better idea of how many rare black leopards are left in the wild.

“We found we could accurately identify 94 percent of the animals,” one of the study authors, Gopalasamy Reuben Clements, said in a statement. “This will allow us to study and monitor this population over time, which is critical for its conservation.”

Black leopards are in far more danger from humans than humans are from leopards. Poaching and habitat loss keep their numbers relatively low. Nonetheless, if you should come face to face with a black leopard (which like most of the big cats is a member of the genus Panthera), remember the immortal advice of poet Ogden Nash: 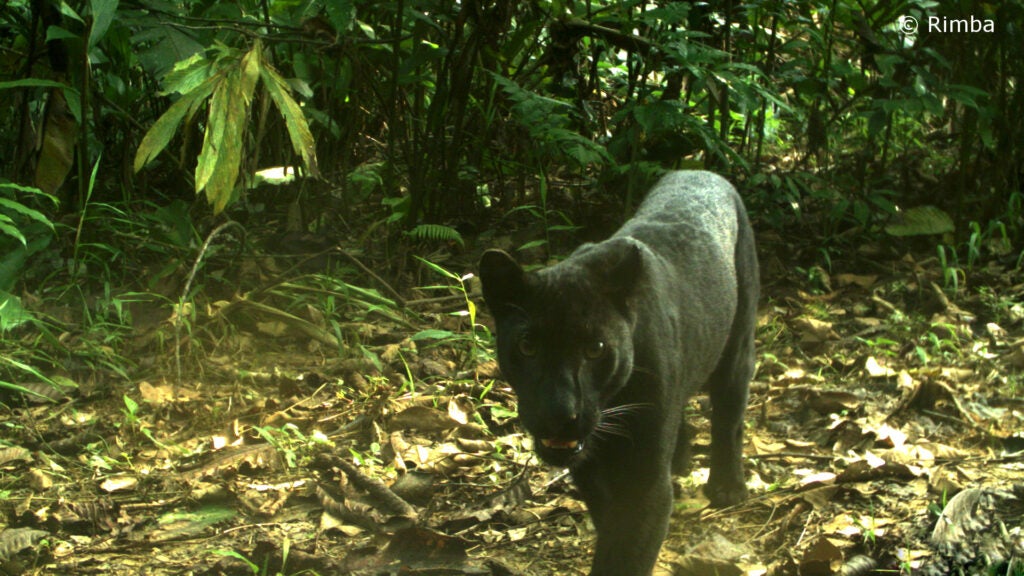 Here a black leopard is seen in a photograph taken using visible light. 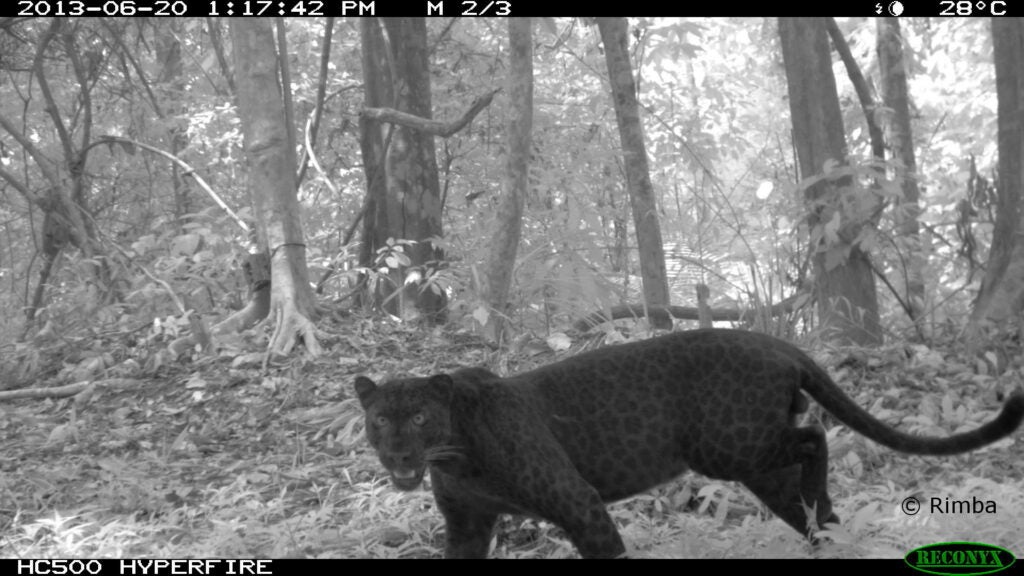 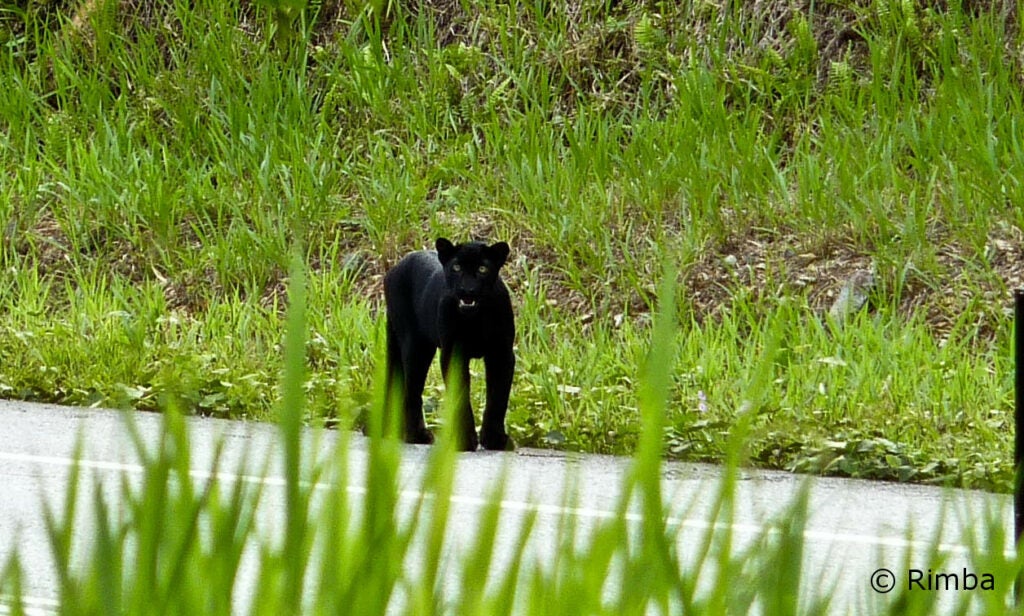 Black leopards are threatened by poaching, and other human threats. 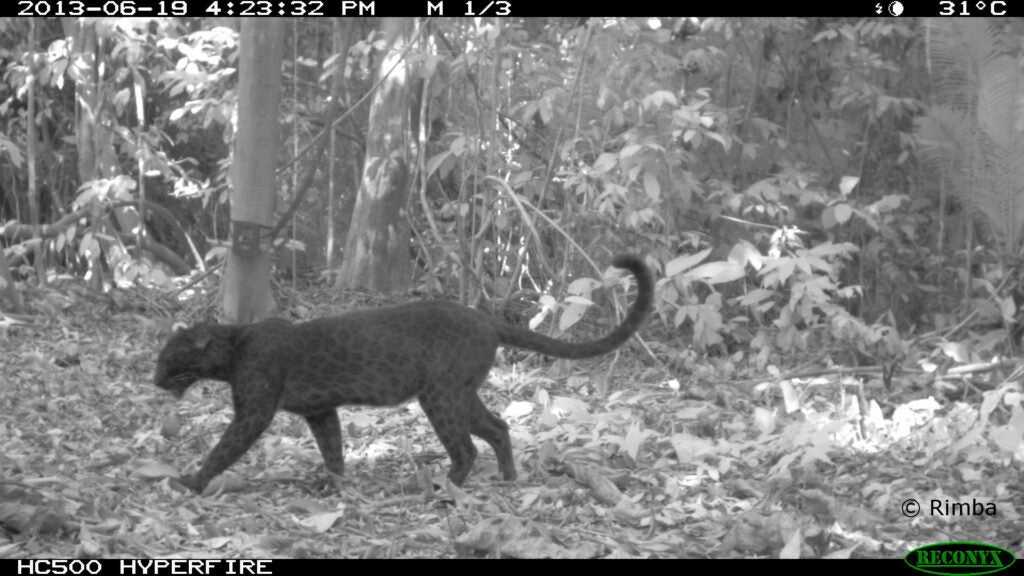 In Malaysia, most of the leopards have black coats, making it difficult for conservationists to tell them apart.
Animals
camouflage
cats
identification