What happens when you heat the Antarctic Ocean by a single degree? 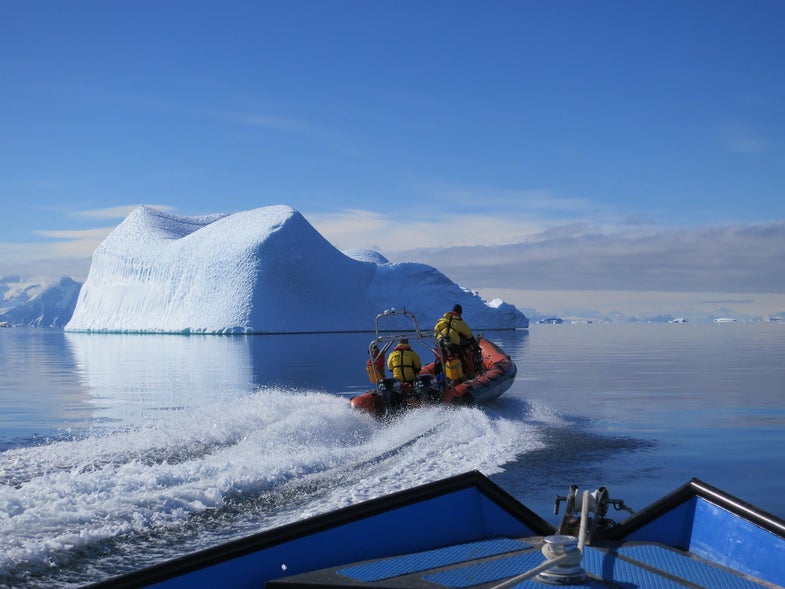 What happens to aquatic life along the Antarctic seabed when the surrounding waters warm by a degree or two? Researchers spent six years developing a heating device capable of heating the ocean—while surviving the region’s cutting climate—in an attempt to find out. Their findings were released today in the journal Current Biology, and suggest that even this tiny shift could have a big impact on the local ecosystem.

It wasn’t just curiosity that drove lead author Gail Ashton, a marine ecologist with the British Antarctic Survey and the Smithsonian Environmental Research Center, to spend 18 months in Antarctica investigating the biological impacts of warming waters. While our image of Antarctica tends to crystallize around fragmenting ice sheets and frolicking penguins, researchers are also trying to forecast how climate change will impact marine life that don’t sport perpetual tuxedoes. This includes animals like Fenestrulina rugula, a sort of aquatic invertebrate (an animal lacking a backbone). They’re sometimes nicknamed “moss animals,” because not only do they look a lot like moss, but they feed by filtering nutrients out of the surrounding water.

“We wanted to know what communities in the ocean might look like in the future,” Ashton says. “To date, the best way we had of doing that is bringing animals into tanks and warming them. But that’s quite removed from their natural setting.”

It took six years for Ashton and her colleagues to bring the warming to the animals instead of the other way around. The final device might look little more than a plastic box with a heater to the casual observer, but creating it involved a lot of fine tuning to make sure it would only heat the water to the specified temperatures. Then the team had to develop cables to keep it connected to a power supply while it sat some 50 feet below the ocean surface, along with a system that would enable Ashton to make sure the device was working—without diving down into the icy depths. Though it’s worth mentioning that she still got into a dry suit (equipped with an extra thick layer for warmth), gloves, a hood, and a full face mask, to go down and collect data.

When the heater was finally ready to roll, Ashton and her colleagues created three test sites, warming one by 1 degree Celsius and another by 2 degrees (and leaving a third unheated, as a control). Increasing the temperature led some species to rapidly grow while others declined, resulting in an overall reduction in the biodiversity—or in the number of different species—of animals making their home on the ocean bed. And as Ashton was able to note during her chilly dives, the difference was profound enough to see.

“The extent of that difference surprised us all,” she says. “We were thinking we’d need to do some statistical analyses to tease out the differences, but when you look at the photos it is very clear that the growth is very different on the treated panels.” 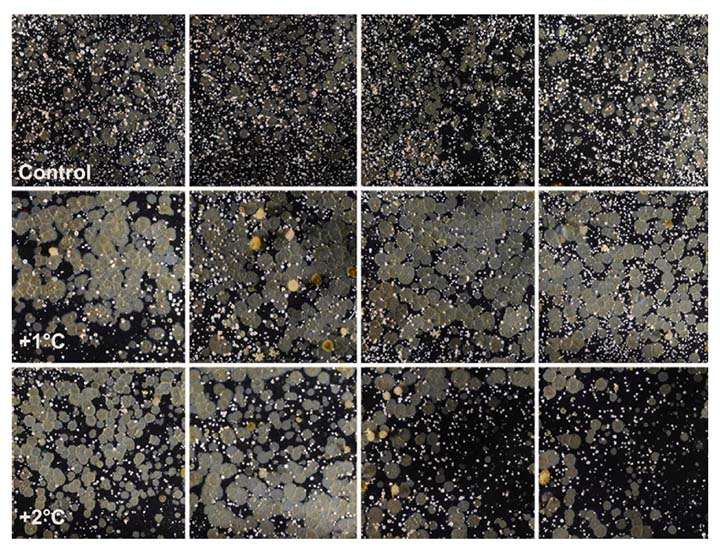 While it may not seem like swapping some of one species for more of another is so bad, the truth is that the loss of biodiversity—the move towards monoculture, where only one or two species dominate the sea floor—means that we lose the ability to cope with other kinds of change.

For an example of this, just look back at the infamous Irish potato famine. When potatoes reproduce, they essentially clone themselves. So when a pathogen struck, every potato was incredibly vulnerable—entire fields were decimated overnight. A microbe that evolved to cut down one plant of the species was adept at killing each and every individual. Modern potatoes only exist because an agronomist found a wild potato in Mexico that was resistant to the fungus, and was able to breed that trait into domesticated crops. If we’d destroyed all of the wild potatoes and lost that diversity before the famine rolled around, you’d never know the joy of a French fry.

It’s easy to say that the loss of a species in the Antarctic, half a world away, doesn’t matter as much as the loss of our precious potatoes. But unfortunately for us, the species that flourished in Ashton’s experiment don’t just exist in those distant seas. They’re pretty ubiquitous around the world. It’s possible that as the oceans warm, their growth will accelerate globally.

And that’s no good, Ashton says: these animals are known as fouling organisms. You can probably infer that we don’t want more of them around. The moniker refers to their tendency to cluster up as debris in unfortunate places. “They’re found on ship hulls, or aquaculture, or intake pipes,” Ashton says. “And you can imagine that if fouling growth were to double, the cost of keeping ship hulls clean—or cleaning intake pipes so that you can get enough water to cool your power plant—would be quite expensive.”