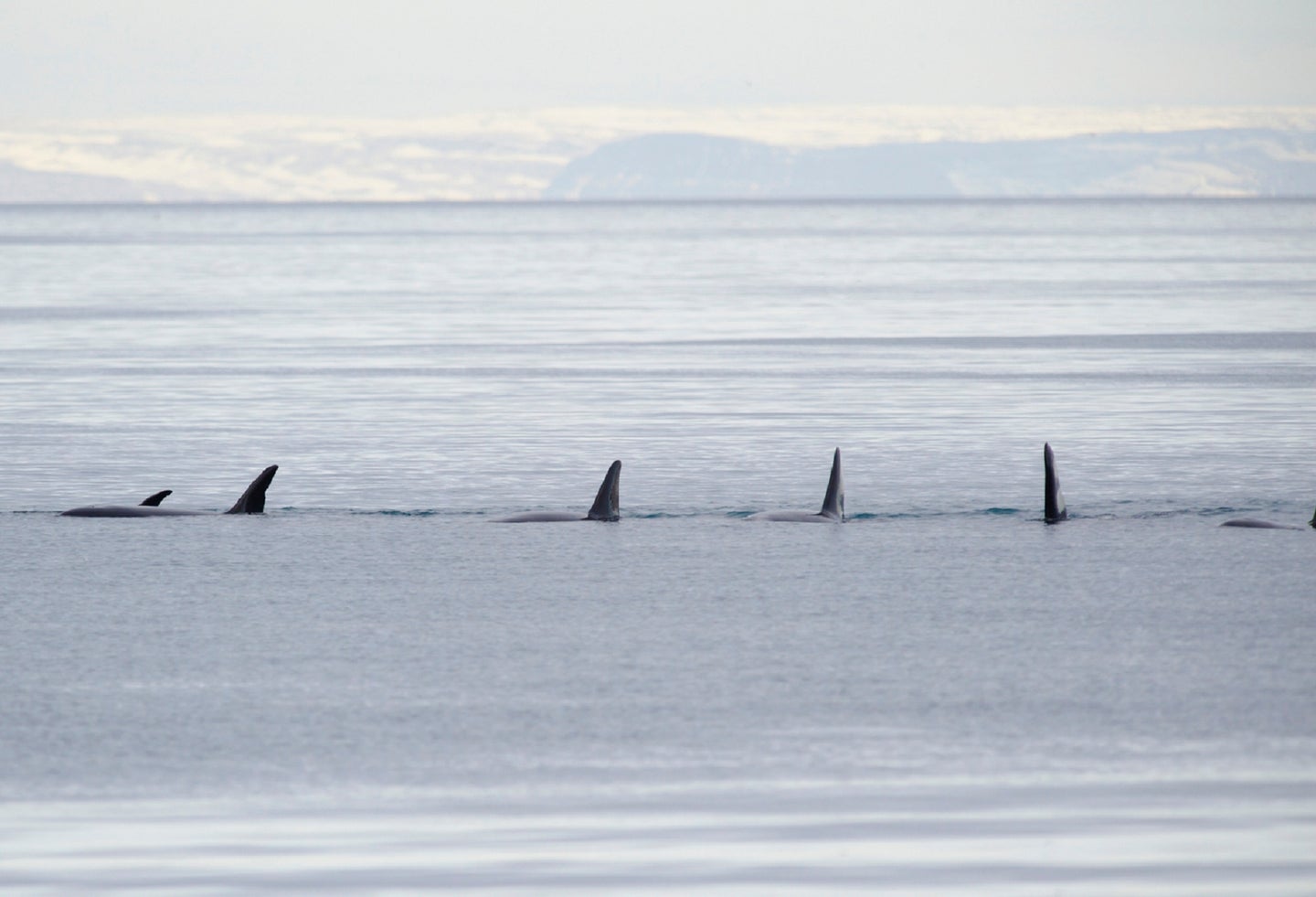 Orca whales off Western Australia were seen to get in formation to bite, ram, and drown blue whales to death. Deposit Photos
SHARE

Orca whales are known to be powerful predators, but the ones off the coast of Western Australia might be the most ruthless of their species.

The individuals in this region are genetically distinct from other populations around the world—and they seem to stand out with their hunting prowess as well. In a just-published analysis of three orca kills in Bremer Bay, marine biologists showed that pods will take down the biggest prey they can find: blue whales. It further supports the idea that orcas may be the only natural predators adult blue whales have.

There’s plenty of documentation of orcas attacking other giant mammals; they’ll regularly prey on young humpback whales and full-sized minke whales. But blue whales are a whole different meal—and then some. Adults can get up to 110 feet long and weigh more than 300,000 pounds, making them the most gargantuan creatures on Earth. Even newborns top the megafauna charts at an average of 23 feet and 6,000 pounds.

But that doesn’t seem to deter the Bremer Bay orcas. In three separately documented hunts from 2019 and 2021, pods of one- to two-dozen individuals were seen attacking solo blue whales, chasing and maiming them over the course of an hour. Once the much-larger prey was too exhausted to swim away, the orcas drowned it and dug in.

The predators all seemed to have a similar slaughtering strategy. They would take turns tearing at their target’s fins and head, before lining up in formation to ram it to death. In two of the cases, they even tore out the blue whale’s tongue—a meaty appendage that can weigh more than an entire elephant. As is typical in orca society, older females led the hunting parties and were responsible for the bulk of the attacks. After dealing the final blows, pod members of all ages helped push the blue whale’s massive form underwater to share the spoils. Members of other orca groups, along with seabirds, joined in to feed too.

“The killer whales we research off Bremer Bay are rewriting the textbook on what we thought we knew about this species,” Rebecca Wellard, founder of Project ORCA and co-author of the new study, said in an interview with the New York Times. But in the paper, she and her colleagues note that orcas in other areas might occasionally dine on blue whales as well. A 2016 video taken by passengers on a fishing boat off Baja California, Mexico, shows a group of male orcas consistently chomping on a blue whale. It’s unclear whether the victim survived.

Amateurs and experts alike, however, have documented the whale battles off Western Australia. Wellard and her fellow researchers supplemented recordings and testimonies from wildlife cruises with drone footage they took themselves. As a result, they’ve published the most thorough analysis of a behavior that’s surprised even the most veteran whale scientists.

“Now, with the recovery of some blue whale populations, what we may be seeing is killer whales rediscovering a prey base that has largely been absent for the past 50 to 100 years,” Robert Pitman, a marine biologist from Oregon State University and co-author on the story, told Gizmodo. “We may also be getting a glimpse of what the ocean looked like before we emptied out most of the large creatures.”