Meet the Mekong Eyeless Spider, Zorro Snake and The Hunch-Bat of Vietnam

Giant flying frogs, a fish that mates face-to-face, a parachute gecko, and a blind cave spider are among the hundreds... 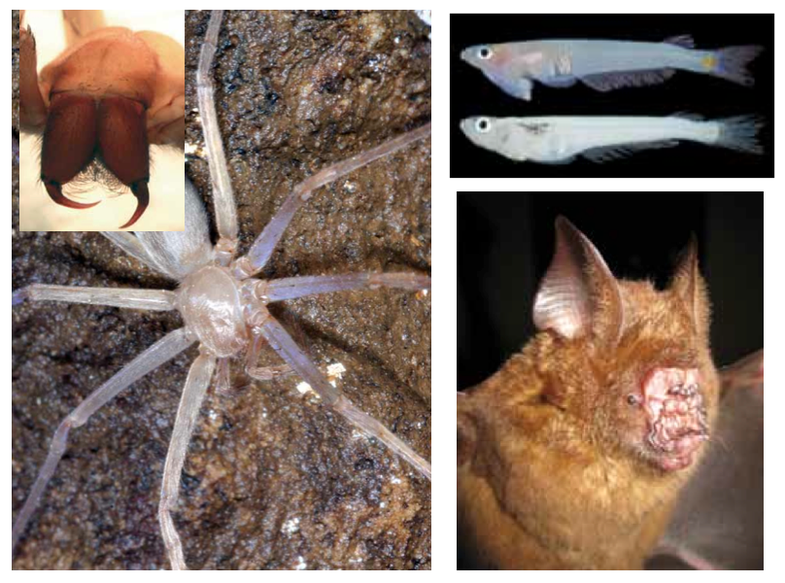 Giant flying frogs, a fish that mates face-to-face, a parachute gecko, and a blind cave spider are among the hundreds of species recently discovered in the Mekong region of southeast Asia. There’s a Zorro-masked water snake, a skydiving gecko, a “fishzilla” walking snakehead fish, and, of course, the hunch-bat of Vietnam.

There are hundreds of plants, too, including a strange “salmon orchid” that looks like a fish.

In a new report released this week, the World Wildlife Fund highlights 367 species, previously unknown to science, that were discovered in 2012 and 2013. The breakdown includes 290 plants, 24 fish, 21 amphibians, 28 reptiles, 1 bird and 3 mammals, including the smooshy-faced hunch-bat.

Hipposideros griffini, or Griffin’s leaf-nosed bat, was first spotted in 2008, the WWF says. But it wasn’t until Vu Dinh Thong from the Institute of Ecology and Biological Resources in Hanoi caught a few that scientists figured out they represented an undocumented species.

So many other weird tales of discovery fill this report: There’s the Laotian giant flying squirrel, a new species that was described based on a single animal found for sale in a bush meat market. There’s a new “penis-head” fish, Phallostethus cuulong, whose sex organs are located on their chins. There’s the brightly-colored bronzeback snake Dendrelaphis nigroserratus, which was discovered while it chowed down a flying frog. And the Zorro snake, seen here: 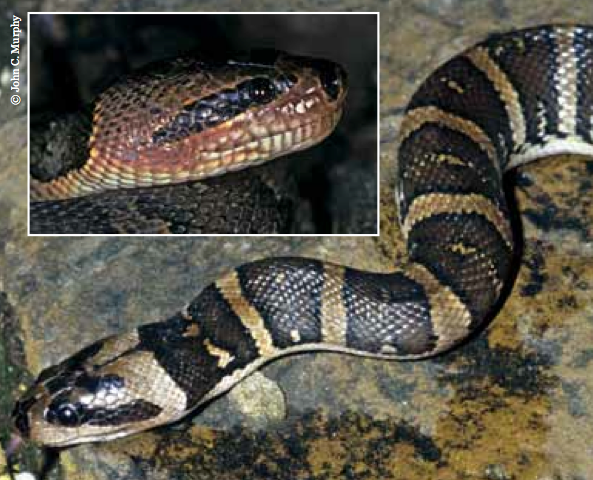 This new report comes just a week after scientists said we’re on the brink of a sixth Great Extinction. Plant and animal species are dying out 1,000 times faster than they did before humans stepped off the savannah, researchers wrote in Science. This is 10 times faster than scientists had previously thought.

That’s sobering news, and it can unfortunately be traced to the pace of development in biodiversity hotspots — like the Greater Mekong River Basin. The region includes southern China, Burma, Laos, Thailand, Cambodia and Vietnam. It has the world’s richest supply of fish stocks, and it’s home to some of the most endangered animals on Earth, including the Asian elephant, tiger, Irrawaddy dolphin and more. Countless bizarre adaptations led to the animals you see above, not to mention dozens of other organisms. But the WWF says the new species are also a stark reminder of what we stand to lose.

“The recent extinction of the rhino in the region and the ongoing plight of the tiger, whose numbers in the region may be as low as 250 individuals, are poignant reminders of this,” the report says.

These animals are more than just a curiosity, in case you’re skeptical. The livelihoods of the 70 million people who live in the Mekong region depend on the productivity and health of the river basin. The six countries in the basin established the Mekong River Commission 20 years ago to address those concerns. Human health and economic well-being depends on strong natural ecosystems, like the ones where these unique animals are found — another good reason to worry about them.

And who knows what else we haven’t even found yet?