The Ebola outbreak in west Africa has so far claimed 2,917 lives, by far the worst outbreak of this horrible... 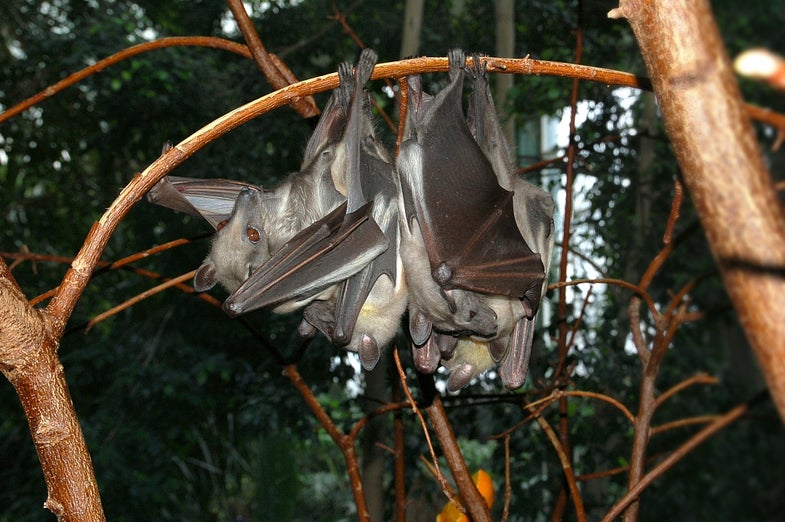 The Ebola outbreak in west Africa has so far claimed 2,917 lives, by far the worst outbreak of this horrible illness in history. Epidemiologists are still trying to piece together how it started, and bats keep coming up as a likely source. But unraveling this epidemic is not as simple as blaming bats.

Fruit bats found throughout Africa are thought to be natural hosts for the Ebola virus, and some species are suspected, but not confirmed, to carry Ebola without showing symptoms. How would they infect humans? Through spicy bat soup, for one.

Fruit bat meat (and many other types of bush meat) is a delicacy and important source of nutrition in west Africa, where agricultural sources of protein can be scarce. Epidemiologists think someone may have caught and killed an infected animal (probably a bat), handled its blood or other bodily fluids, and thereby contracted Ebola. The first patient diagnosed was a woman in Sierra Leone, who was attending a funeral for someone who recently came in contact with Ebola in Guinea. The virus spread from there.

Suspicion of bats stems from a 2005 survey in central Africa, where researchers sampled bats, birds and ground animals to find a natural reservoir — an animal where the virus can hang out without killing its host. They found Ebola in three species of fruit bat. But no one can say for sure whether the bats provide Ebola with safe harbor; the only way to tell would be to look much more closely. Ebola is an incredibly simple organism, yet it comes in five different species. The one causing this outbreak is the Zaire species, and it has already mutated 300 times since it entered the human population. To definitively find out whether bats were to blame, epidemiologists would have to find the same genetic sequences in bats as they’ve found in people.

As it happens, similar testing linked bats to another fast-spreading disease, Middle East respiratory syndrome (MERS). But again, the flying mammals are not the only source of that illness.

Last August, scientists found a genetic fragment in a fecal sample from an Egyptian tomb bat that exactly matched the MERS coronavirus, which has killed some 300 people so far. But bats can carry several types of coronavirus, and not all scientists were convinced bats were the reservoir. Since then, a couple of new studies have pointed the finger at another common mammal, which could be even more likely to be the culprit: Dromedary camels.

In April, researchers said they isolated live MERS virus from two dromedaries, which are single-humped camels. They found multiple strains in the camels, including one that perfectly matches a genetic sequence taken from a human patient.

Another study out today also points to camels — in that one, researchers say dromedaries are the primary reservoir, or carrier, of the MERS coronavirus. The team exposed three healthy camels to a virus sample isolated from a human patient, and the animals got sick, showing “high levels of infectious virus in secretions, primarily from the nose, for up to a week after infection.” 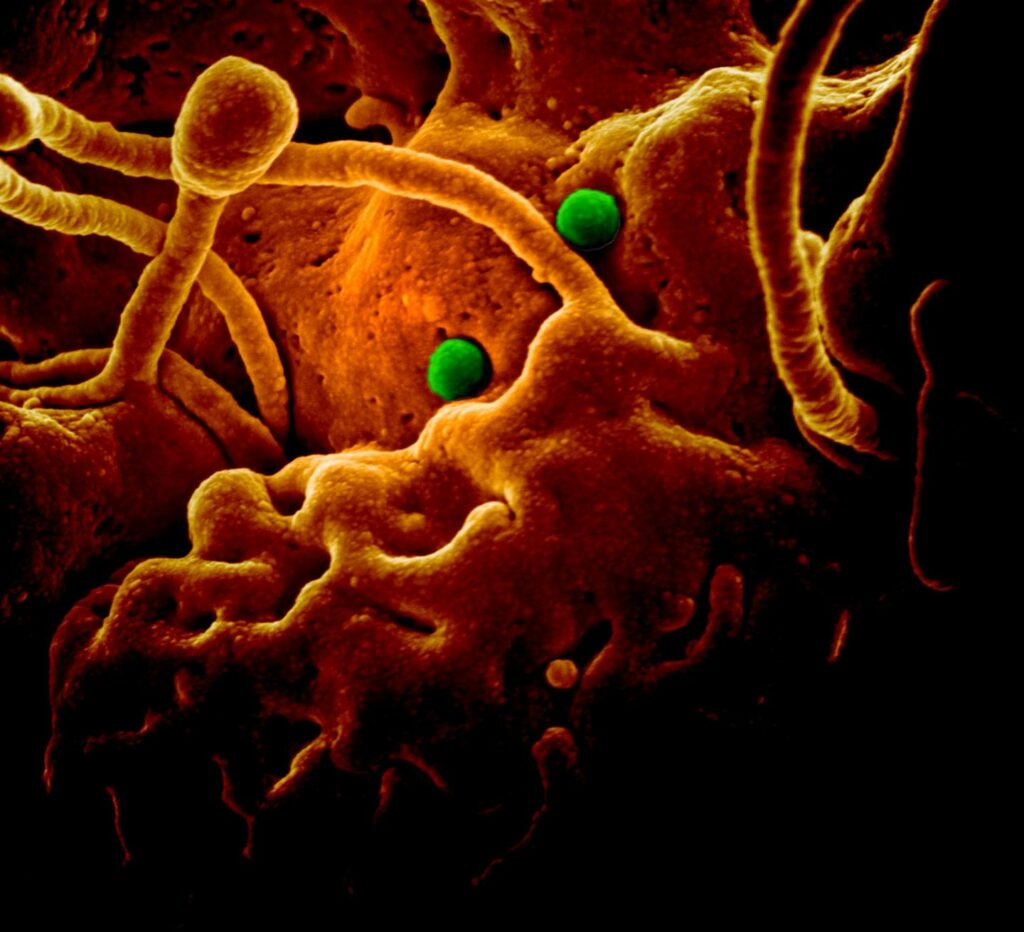 The camels recovered quickly, but the scientists detected the virus for up to 35 more days. “The nasal secretions provide a likely source of transmission to people who handle the animals,” according to the NIH. Bats could still be an important source of the virus, too, but it’s worth noting that other creatures may be just as much, if not more, to blame.

In Africa and many other places, bats are viewed with suspicion and superstition when they’re not being eaten as a delicacy. This leads to over-hunting and poaching, causing bat populations to decline precipitously. And they may indeed make humans sick. But that doesn’t mean we should eliminate them — among many plants, the iconic baobab tree, the Tree of Life, relies on them for pollination — or even fear them. What we can do is try to understand them better, stop eating them, and leave them alone.