A mixture of plain water, nanoparticles, and sunlight can convert water into steam without ever even bringing it to a boil 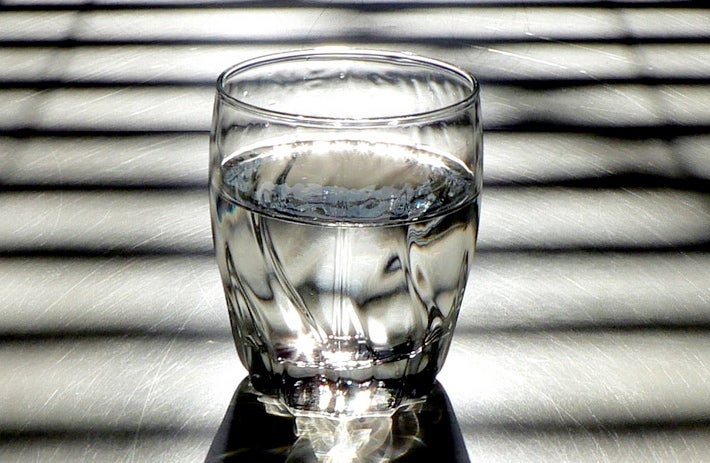 Today in mind-bendingly cool stuff that nanoparticles can do: A team of researchers at Rice University in Texas has demonstrated a mechanism by which they can create steam in just seconds by focusing sunlight on a mixture of water and nanoparticles. This isn’t just some artificial means of lowering boiling point either; this solar powered “boiler” can produce steam before the water even gets warm to the touch, without ever bringing the aggregate water to a boil.

Right now this research is very much still in the lab, and the researchers aren’t yet sure exactly how far they can push it. But it doesn’t take much to imagine the possibilities for a steam generator that runs solely on water and sunlight.

The technology works by mixing a small amount of either carbon or gold-coated silicon dioxide nanoparticles, each just one-tenth the diameter of a single human hair, with water in a glass vessel. Their small diameters–smaller than the wavelength of visible light–means that they can absorb most of a light wave’s energy rather than scattering it. So when sunlight is focused on the vessel with a lens, the particles quickly become quite hot–hot enough to vaporize the water directly surrounding it.

This creates a bubble of steam that envelopes the nanoparticle, which is now insulated from the cooler liquid water by the steam, which allows it to grow hotter still, vaporizing more of the water immediately around it. At some point the nanoparticle and its steam envelope become large enough to grow buoyant, at which point the whole steam bubble–particle and all–floats to the surface. The steam is released into the air, the particle falls back into the cooler water and sinks back down until it begins to absorb sunlight and heat again, at which point the process starts all over.

Multiply that by the number of nanoparticles in the mixture, and you have something of a simulated boil, but one that doesn’t require the entire pot of water to reach boiling point before the first steam bubbles head to the surface. You can think of it as a way of micromanaging the boiling process, specifically heating some parts of the water (where it touches the nanoparticles) while leaving the rest of the water cool. And the particles themselves are completely durable–they keep absorbing, heating, cooling, and absorbing again, with no need to replace them.

Pretty nuts, no? It spells an interesting future for solar power in general, but more specifically it’s easy to see how a cheap and abundant source of steam, even in low specific volumes, could be used to do anything from generate electricity and heat to lower the energy intensive nature of certain processes like water desalinization. As the WaPo points out, the last time someone came up with a cheap and easy way to generate and harness abundant steam it completely changed the world. So there’s that.