40 Below? Bring In Your Polar Bear, But Don’t Worry About the Bats

Sunday afternoon, I curled up with a blanket, a dog and a mug of tea and watched a foot of... 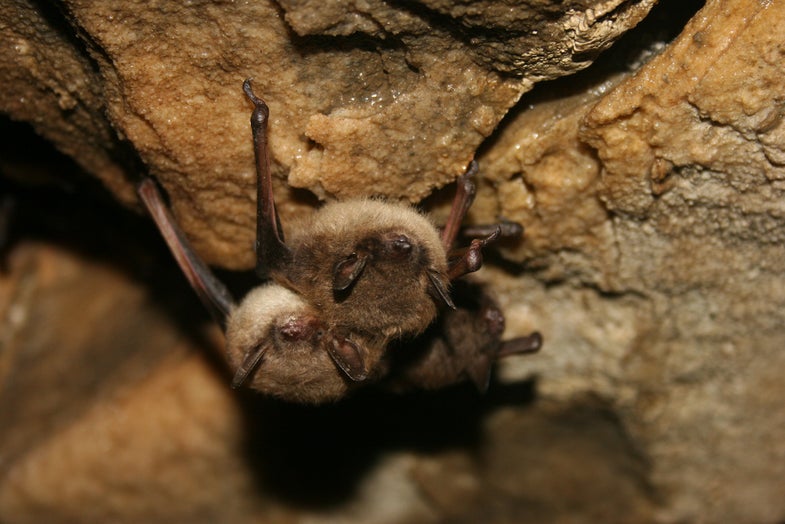 Sunday afternoon, I curled up with a blanket, a dog and a mug of tea and watched a foot of snow fall, while reading about the incursion of the epic polar vortex. We humans know enough, most of the time, to stay indoors when it’s this horrible out — but what about the poor chilly animals? They know to stay inside, too (as it were). For hibernating mammals like bats, frigid temperatures are … kinda no big deal.

Cave-dwelling bats shut themselves down for winter while there are no insects for them to eat, entering a deep state of hibernation. They find cold spots within caves or abandoned mines, and they cluster together in areas where temperatures don’t fluctuate much, explains DeeAnn Reeder, a bat biologist and mammalogy expert at Bucknell University. “Those deeper parts where they’re hibernating are not going to be subject to the temperature fluctuations that we would experience,” she reassures me. “They’re really tucked deep into these caves or mines, in areas that are stable year-round, so it’s just not an issue for them.”

Problems arise when the bats rouse from their torpor. If they’re near a cave entrance and decide to fly around, either because they were bothered or because they awoke hungry, they can get caught in the cold and freeze. In Toronto over the weekend, about 50 big brown bats were found outside a mall in -19 C temperatures (that’s about -2 F), and six bats froze to death before a wildlife rescue group recovered them.

Big browns are often the last bats to enter hibernation, according to Reeder. They choose barns and attics and often go looking for a backup hibernation spot (a hibernaculum) after they’re inevitably disturbed. Reeder calls them “superbats” because they’re so hardy — but for those Toronto bats, it was just too cold. 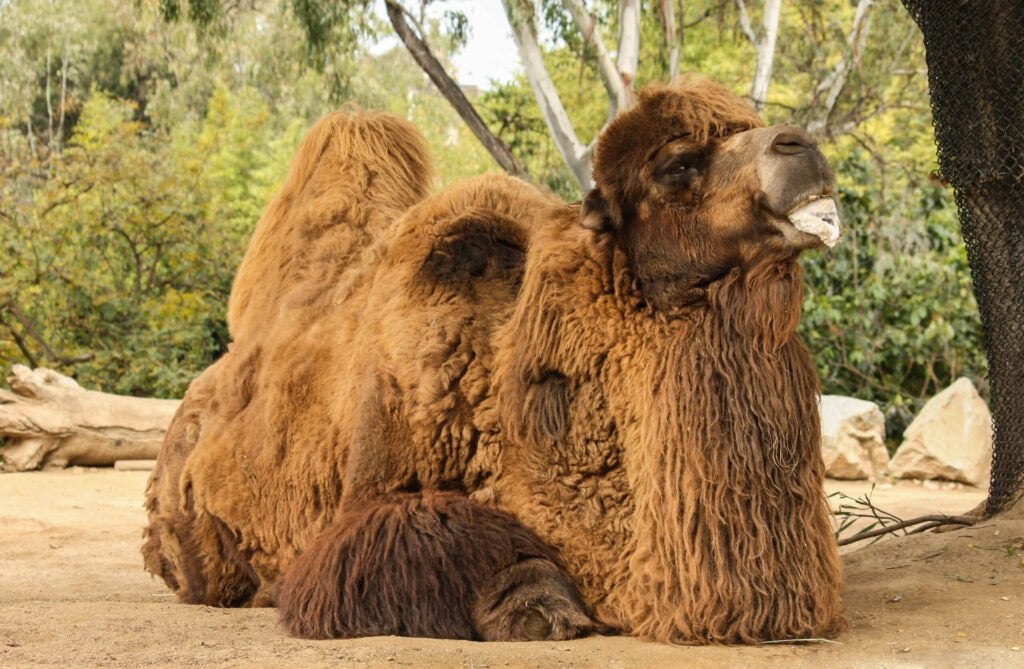 Has this to say to the polar vortex.

Today’s coldest measurement in the U.S. was -36 (that’s with_out_ wind chill) in Crane Lake, Minn. It is not a good idea for any mammal to be outside in those temps — even at zoos. Many zoos closed today and kept their animals indoors. Chicago’s Lincoln Park Zoo was open, as it is every day, but the -40 F wind chill was too much for the polar bear and Bactrian camels, according to public relations director Sharon Dewar.

“In Chicago we’re accustomed to weather extremes, with very cold winters and very hot summers, so the animals that are part of our zoo are chosen for their hardiness for winter or summer,” Dewar says. “But this is obviously an excessive extreme. So even animals that are pretty hardy, and would be able to stay outside for normal winters — like the Mongolian camels and polar bear — even those animals we’re keeping indoors.”

I’ll just repeat that: It’s so cold in Chicago, the polar bear is inside.

At this point in the winter, most hibernating animals were already hibernating, according to Reeder, who has authored textbooks about mammals and mammal biology. (Bears and squirrels do not hibernate in the same sense as bats, because they don’t lower their body temperatures the same way. But they do sleep for extended periods in their dens.) Some bats in the southern states, like tri-colored bats in Georgia and the Carolinas, might not have been hibernating just yet — but they sure are now, Reeder says. If the polar vortex had arrived in early November, more animals might have been caught off guard. But “they should be tucked in already,” as Reeder puts it. 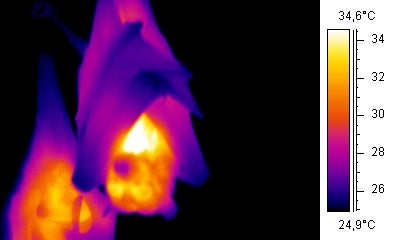 Some species of bats fold their wings tightly against their bodies to keep warm.

For bats, the problem is variety. When temperatures fluctuate greatly, it’s harder for them to maintain their body temperatures and torpid metabolism. The more a bat awakens, the more fat reserves it uses to keep warm, and the more likely it is to starve or go looking for food in the frigid winter. This is one of the primary threats posed by white-nose syndrome, a scourge that has killed millions of bats in North America in the past few years. Infected bats wake up too often and starve.

“They need to be protected from the variation that we feel,” Reeder says, “when we walk out the door and go, ‘Oh my gosh, you have to be kidding me.’”