Is it the beginning of the end times? After all, three is a Biblical number and that’s how many mass... 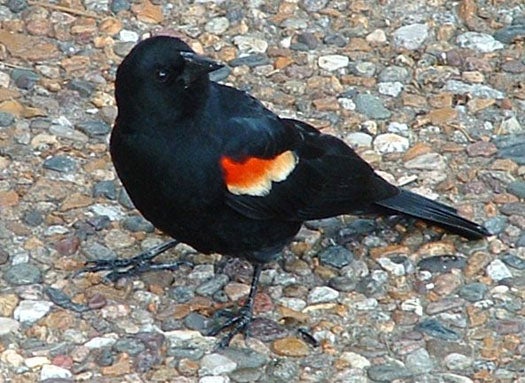 Is it the beginning of the end times? After all, three is a Biblical number and that’s how many mass animal deaths that have been reported in Arkansas and Louisiana as of this writing. The day after 100,000 drum were found belly-up in the Arkansas River, 4,000 to 5,000 red-winged blackbirds dropped dead from the sky in Beebe, Ark. Now, 500 more dead blackbirds have been found littering a quarter-stretch of Louisiana highway. Naturally, the rampant speculation and baseless theorizing is already underway.

That speculation began with fingers pointing at the weather over Beebe at the time of the blackbird decimation, as thunderstorms were just departing the area when the birds began dropping from the sky before midnight of New Year’s Eve (ominous!). MSNBC, gathering some opinions from ornithological experts, reported that perhaps foul weather was the culprit.

This has happened before – flocks of birds can be caught off guard in bad weather, literally plucked from their roosts and thrust into the air by violent weather systems, leaving them disoriented, cold, and sometimes without life.

Later yesterday, other sources were reporting that loud noise could have been behind the Arkansas incident. Necropsies performed yesterday showed the Arkansas birds suffered internal injuries that formed blood clots that went to their brains. It’s conceivable that loud noise (NYE fireworks?) could have startled a flock, causing them to rapidly change course and plunge headlong into buildings or tall trees, sustaining blunt traumas that led to their collective death.

Of course, none of this accounts for the 500 freshly dead birds in Louisiana. Those, of course, could be completely unrelated to the Arkansas birds (don’t be fooled by randomness, people). But we like a good conspiracy theory better. Besides, what about all those dead drum? Something smells fishy indeed, but who could possibly benefit from knocking off a bunch of birds in the American south? NASA? BP? Aliens? Our money is on Captain Chesley “Sully” Sullenberger, who was never really afforded an opportunity to even the score with his avian nemeses.

Feel free to leave your own thoughts on these odd happenings below.