The spongy bones and tough-as-nails beaks of woodpeckers are inspiring a new generation of shock absorbers, potentially shielding airplane black... 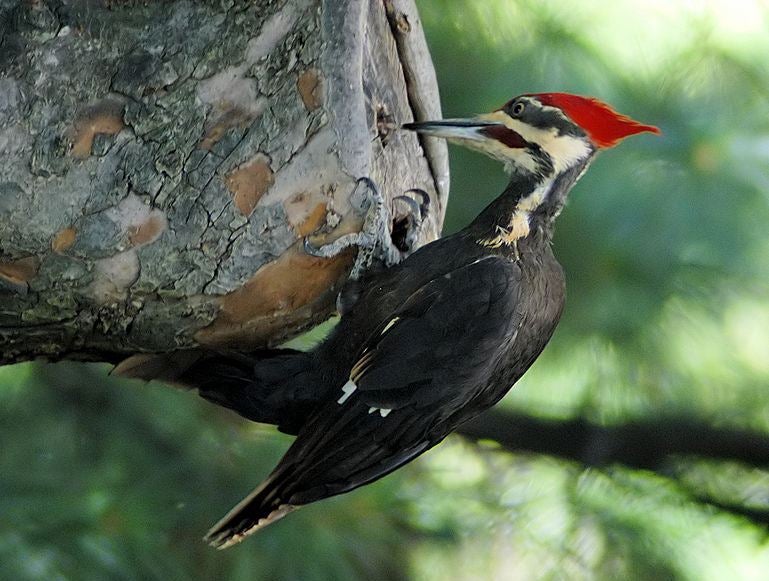 The spongy bones and tough-as-nails beaks of woodpeckers are inspiring a new generation of shock absorbers, potentially shielding airplane black boxes, football players and other valuable materials from the forces of impact.

Woodpeckers hammer their beaks into trees at the astonishing rate of 18 to 22 times per second, subjecting their brains to deceleration forces of 1200 g with each strike. This is more than 100 times the g-force required to give a football player a concussion, according to research conducted by the NFL — when the Green Bay Packers and Pittsburgh Steelers meet in the Super Bowl on Sunday, players subjected to at least 98 g could be sidelined.

Sang-Hee Yoon and Sungmin Park of the University of California-Berkeley set out to learn how woodpeckers can survive such powerful deceleration forces. They found the birds’ anatomy acts to protect their brains in four ways. Their beaks are hard but elastic; their skull bones are spongy; there’s very little room for fluid between the skull and brain, cutting down on vibrations; and they have a special structure called the hyloid layer, attached to the woodpeckers’ tongues to reduce vibration, New Scientist reports. Airplane black boxes can survive about 1,000 g.

The researchers came up with mechanical analogues for all these capabilities, and built a new type of shock-absorbing device involving glass beads embedded in a steel-encased aluminum cylinder. They pelted it with an airgun and found it protected its contents against 60,000 g, according to their paper, published in the journal Bioinspiration and Biomimetics.

To mimic the beak’s strength and toughness, the researchers started with a steel case. To evenly distribute load and cut down on vibration, like the hyloid, they added a rubber layer. The thin layer of fluid was represented by a second metal shell, this one made of aluminum, and inside that they used closely packed 1-mm-diameter glass beads, to simulate the skull’s sponginess. The electronic device was embedded in the beads.

Along with protecting electronics, the four-part case could yield new protection technologies for the armed forces, athletes and racecar drivers.

Both the U.S. Army and football-helmet-maker Riddell are studying advanced head-protection gear that aims to reduce the pressure on the front of the brain, where most concussions occur. Multi-layered systems like this new bird-inspired case could be another step in that direction.