The first-ever Census of Marine Life was announced today, the result of ten years, more than 540 expeditions, 2,700 researchers,... 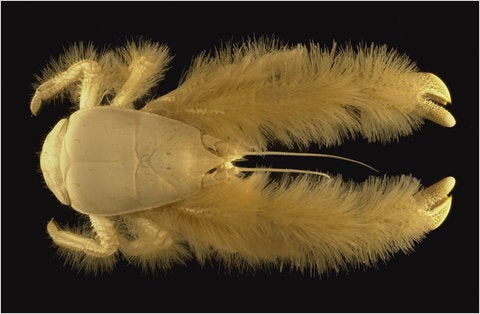 The first-ever Census of Marine Life was announced today, the result of ten years, more than 540 expeditions, 2,700 researchers, and 120,000 species documented (of which around 6,000 are new discoveries). And yes, before you ask: There is indeed a jellyfish that looks like Darth Vader’s helmet.

The census is the result of an immense, groundbreaking undertaking, totaling about $650 million over the ten years it took to complete. Never before has there been an attempt to document to the best of our ability the entirety of underwater life. The goal is to provide a sort of base level of total understanding of oceanic life. Discoveries in the future can be compared to this survey, helping us better understand which species are thriving, which are dying, which are changing and in what way.

About 1,650 new species were discovered every year, mostly invertebrates and crustaceans but also lots of new fish. The “yeti crab” pictured above is one of the aforementioned crustaceans, discovered in the Pacific Ocean, just south of Easter Island. The Darth Vader jellyfish, which is unfortunately not really called the Darth Vader jellyfish (it’s actually a new subspecies of hydromedusa jellyfish called Bathykorus bouilloni), was discovered in the dark, deep waters of the Arctic Ocean. That’s it below–see the resemblence? (Photo is via National Geographic.) 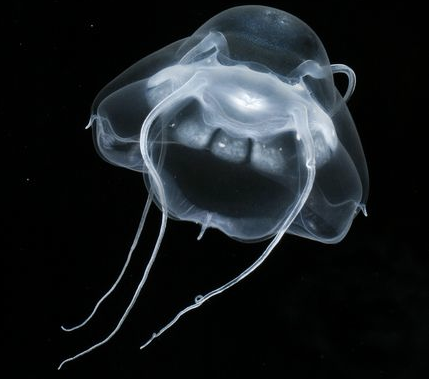 The project brought the total number of discovered sea critters up to about 250,000, which is actually sort of low, considering many marine biologists estimate the number of non-microbial creatures at over a million. It also discovered that the populations of many large marine life species, including sharks, tuna, and sea turtles, dropped a whopping 90% due to overfishing, pollution, and rising sea temperatures. But the researchers hold out hope that their study may help preserve the state of marine life.