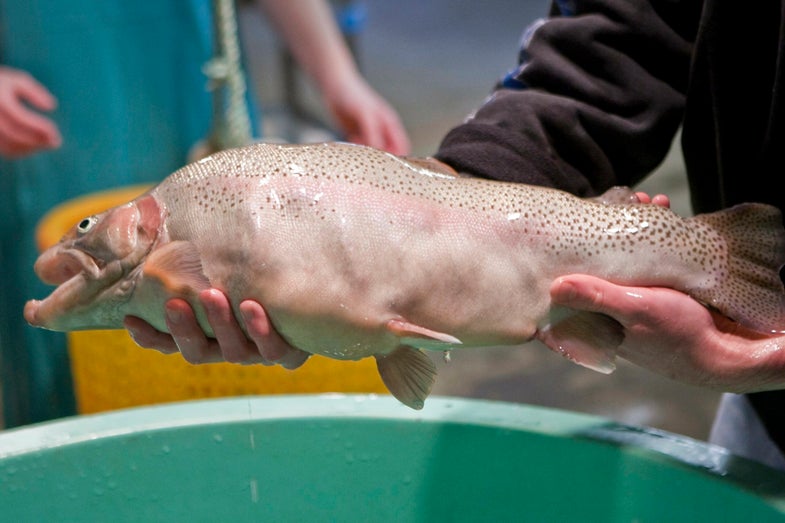 Rainbow trout with six-pack abs and burly shoulders have emerged from a University of Rhode Island laboratory, and could someday find their way to humans’ dinner tables. That’s assuming diners don’t panic at the sight of the muscular ichthyoid awaiting their knives and forks.

The bodybuilder stature of the trout comes from turning off myostatin, a protein that normally slows muscle growth. Researchers had known of a natural myostatin mutation that allowed for 20 to 25 percent more muscle growth in Belgian blue cattle, but did not know if the same would apply to the different mechanism of muscle growth in fish.

Terry Bradley, a fisheries and aquaculture expert at the University of Rhode Island, worked with a group of grad students for 500 hours to inject 20,000 rainbow trout eggs with different DNA snippets designed to block myostatin.

About 300 eggs ended up carrying the gene for more muscle growth, and eventually produced fish that mostly have the six-pack ab appearance — even though the fish don’t have standard abdominal muscles. A big dorsal hump adds the appearance of muscular shoulders. 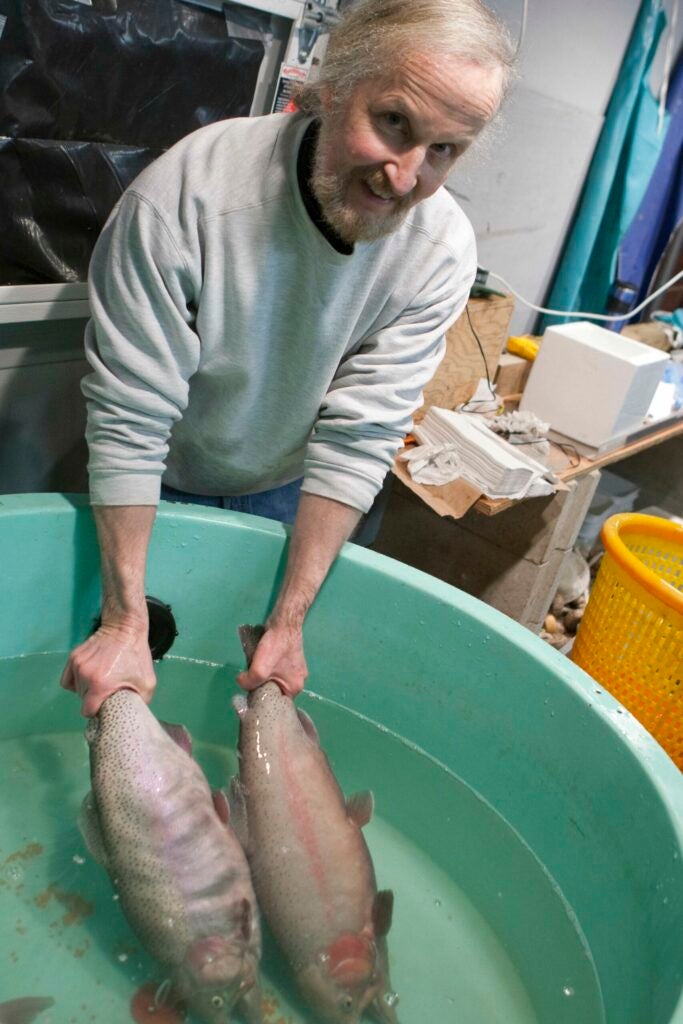 Some Fish are Bigger than Others

The offspring of these muscular trout also carry the gene in their muscle cells. Bradley’s group hopes to see if the fish grow faster, besides having 15 to 25 times more muscle without eating more food.

If the transgenic trout meet FDA approval, they could join the 1,000 trout farms that churn out about $80 million worth of trout each year. Such fish also appear to display normal behavior for now, despite a faint resemblance to the Street Sharks.