Something in the Water Is Feminizing Male Fish. Are We Next?

It’s one thing to worry about pollutants in our freshwater supply. It’s another to find out that all across the... 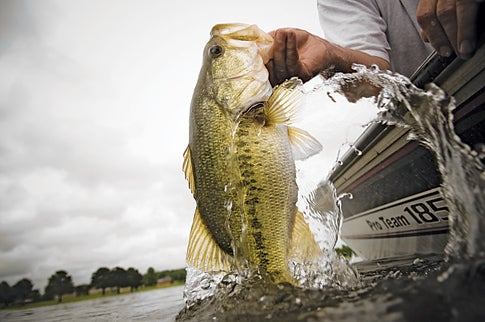 It’s one thing to worry about pollutants in our freshwater supply. It’s another to find out that all across the country, male fish swimming in some of that water are becoming “intersex,” their male sex organs producing immature female eggs. Although the condition occurs naturally in some species, it shouldn’t happen to black bass. But a new study shows that it is, and in numbers far greater than ever suspected. The phenomenon raises serious concerns about the pollution levels in our rivers and could threaten several species. 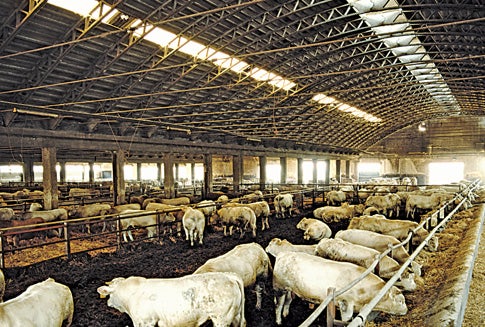 The nine-year study, conducted by the U.S. Geological Survey, provides the first nationwide count of intersex fish in American rivers. Overall, 44 percent of the largemouth and smallmouth bass dissected turned out to be intersex, but at some sites 91 percent of the male largemouth bass were affected. Biologist Jo Ellen Hinck’s team found intersex males at 34 of 111 sites in eight of nine major river basins, including the Columbia, the Colorado and the Mississippi. The Southeastern U.S. was hit hardest, with intersex bass at every location sampled along the Apalachicola, Savannah and Pee Dee rivers. “Now we need to figure out why,” says Hinck, the study’s leader.

The discovery raises some tough questions. Scientists don’t know whether the growing number of feminized fish could hinder reproduction enough to disturb the rest of the ecosystem or even drive bass into extinction. Even scarier, the culprit is still unknown. The prime suspect? Our toilets. Previous research indicates that wastewater treatment plants flush endocrine-disruptive compounds (EDCs), including pharmaceuticals, pesticides and hormones, into rivers. Even minuscule amounts of EDCs can trigger powerful hormonal shifts that deform male fishes’ reproductive organs. During a seven-year study, for instance, scientists added parts-per-trillion amounts—the levels emitted by treatment plants—of the synthetic estrogen used in birth-control pills to a closed lake. The resulting sex changes collapsed the entire fish population.

Given that intersex fish were found both upstream and downstream of wastewater treatment plants, some scientists also think agricultural runoff could be the cause. Another USGS biologist, Vicki S. Blazer, has found 100 percent of smallmouth bass to be intersex along parts of the Shenandoah River, where rain washes waste laden with hormones excreted from millions of chickens and cattle into the water. Blazer worries that there’s a connection between the intersex findings and another health crisis among bass: weakened immune systems, suspected of killing 80 percent of the smallmouth bass in the Shenandoah in 2004 and 2005. She notes that the white blood cells that fight disease in the piscine immune system have receptors for hormones, making them susceptible to the same toxins believed to be driving the sex changes. “Intersex is simply another indicator that there’s a problem,” she says.

Hinck is now investigating the mechanisms that could be transforming the fish, but we’re just beginning to learn what this means for those of us with opposable thumbs, many of whom drink water from these rivers. The same compounds can interfere with the human endocrine system, but there are no regulations for controlling hormones in drinking water.

In September, for the first time, the Environmental Protection Agency identified nine hormones as possible contaminants in our water, but it’s much too early for the agency to declare whether they’re dangerous at the trace amounts that have been detected. Mae Wu of the Natural Resources Defense Council is not comforted. “A trace level of one chemical [might not be so bad], but a whole soup of them?” she says. “Hundreds or thousands of different chemicals all at trace levels—we have no idea what that does to humans.” At the very least, we can hope that the thought of drinking water that turns male fish into females will spur us to clean up our rivers. 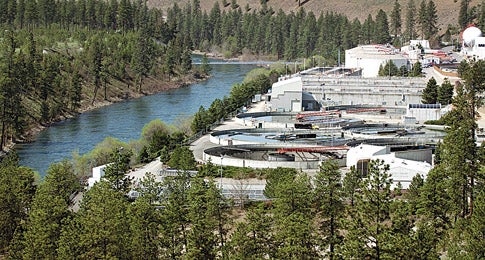 Spokane’s main waste water treatment plant discharges into the Spokane River, Monday, April 12, 2004 in Spokane, Wash. An environmental group, American Rivers, has identified the river as one of the ten most endangered rivers in the country. Five sewage treatment plants in the area discharge into the river, depleting oxygen content of the water. (AP Photo/Jeff T. Green)
Animals
Fish
Wildlife
water