Why NASA is going to vaporize one of its best spacecraft 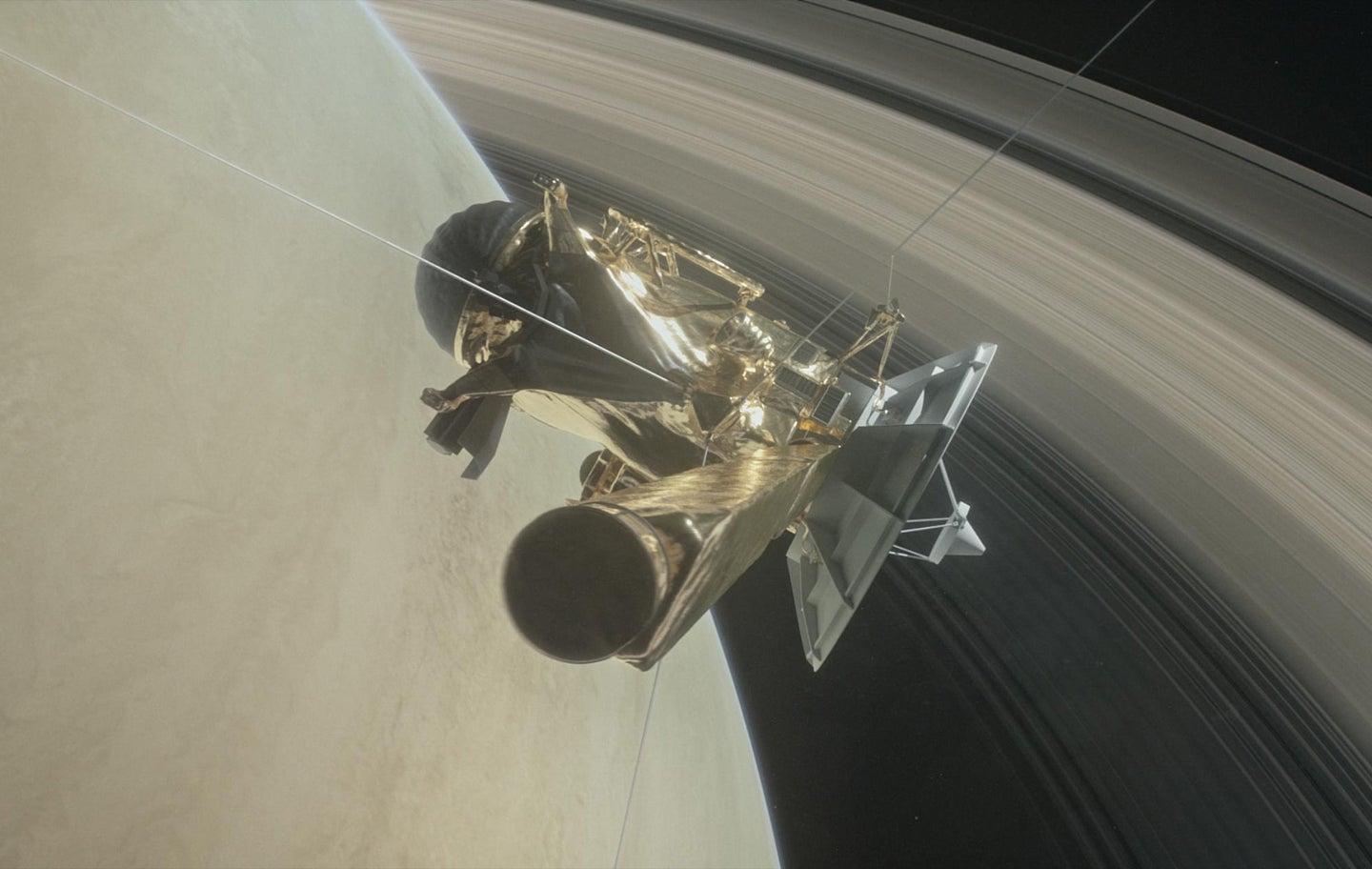 All good things must come to an end. On April 23, Cassini will begin its final quest into oblivion.

Flying at over 76,000 miles per hour, the spacecraft will zip through an uncharted gap between Saturn and its rings, where no spacecraft has flown before. In September, after 22 laps through this region, the spacecraft will dive into the gas giant’s atmosphere, where it will “break apart, melt, vaporize, and become a part of the very planet it left Earth 20 years ago to explore,” Cassini project manager Earl Maize said in a press conference on Tuesday.

It’ll be a sad ending for a mission that brought us amazing views of Saturn and its rings and moons. Cassini revealed the geysers of Enceladus, which hint at a subsurface ocean, and showed scientists just how how Earthlike—yet alien—Titan is. Why does the spacecraft have to die?

Some space probes are allowed to keep orbiting their targets in perpetuity after their mission ends—like the Dawn spacecraft at the dwarf planet Ceres. But things are a lot more complicated around Saturn.

Whereas Ceres is essentially just a really big rock with no moons, Saturn has 62 satellites, at last count. The gravitational push and pull from those moons—especially the largest, Titan—wreak havoc on Cassini’s trajectory, which it normally corrects by burning fuel.

But the spacecraft’s fuel is running out, and ultimately its fate is sealed by its own discoveries; scientists don’t want to risk the spacecraft crashing into Titan and Enceladus, which may be capable of supporting life.

“[Without fuel], the orbit would become less and less predictable,” Cassini project scientist Linda Spilker told Popular Science. “Cassini’s orbit would slowly change enough to eventually risk crashing into one of the moons.”

Although Cassini launched 20 years ago, experiments on the Space Station have suggested microbes can survive for years in the extreme temperatures, radiation, and airless vacuum of space. If NASA were to accidentally put water bears on Enceladus, the tiny Earthlings could potentially wipe out any native lifeforms that the moon may harbor, and/or complicate the search for those alien organisms later. This is why Cassini must die now, while NASA can still control its last swan dive.

But scientists are hoping to get some new information from the mission’s dramatic ending. They hope to learn more about the composition of Saturn’s atmosphere and rings, and figure out how big the planet’s core is, and how fast it’s rotating. Cassini will also get the closest view ever of the auroras and strange hexagonal storm at the north pole.

Cassini will continue to beam back data until the very end, when atmospheric drag severs the spacecraft’s connection with Earth. That’s expected to happen about three minutes into Cassini’s dive on September 15.

“Once the signal is lost,” said Spilker at Tuesday’s press conference, “that heartbeat of Cassini is gone.”