A timeline of Cassini’s plunge of fiery doom on Friday

Here's how the planned crash into Saturn will go down. 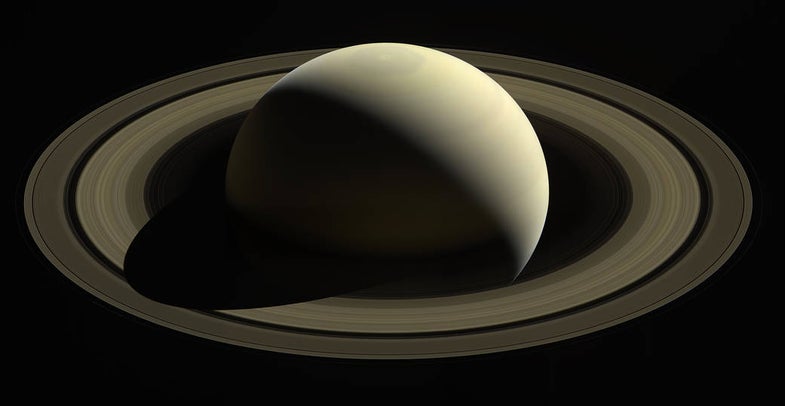 After almost 20 years of exploration, discoveries and gorgeous pictures, it’s time to say goodbye to Cassini.

Launched in 1997, it took the Cassini spacecraft seven years to reach it’s ultimate destination—Saturn. For thirteen years, it has sent us back glorious images and incredible new data about newly-discovered moons, geysers of water shooting into space, and lakes of hydrocarbons with electrically-charged sand. But Cassini is almost out of the rocket fuel that helped propel it into the distant reaches of our solar system.

Though the robot’s electrical systems and instruments could have continued to run on the radioisotope thermoelectric generator (RTG)—or a nuclear battery, without fuel for maneuvering there was a small chance that Cassini would have crashed into Titan or Enceladus.

Both of those moons are intriguing possibilities in the ongoing search extraterrestrial life. And Cassini never went through the rigorous clean-room procedures that would be required to make such a landing without fear of introducing Earth-based life.

To avoid even the slightest chance of imperiling future missions to those moons, NASA researchers decided to play it safe and vaporize Cassini in Saturn’s outer atmosphere.

This Friday, it will make its final plunge into the surface, the last step of a months-long Grand Finale that sent Cassini diving between Saturn and its rings on a path to destruction. But it won’t die in vain. In its last moments, Cassini will collect and stream back unprecedented data about Saturn’s atmosphere.

Here’s how NASA says Cassini’s last few days will unfold (all times EDT—exact timing may vary due to atmospheric conditions):