Plus, plans for Cassini's final mission on Saturn 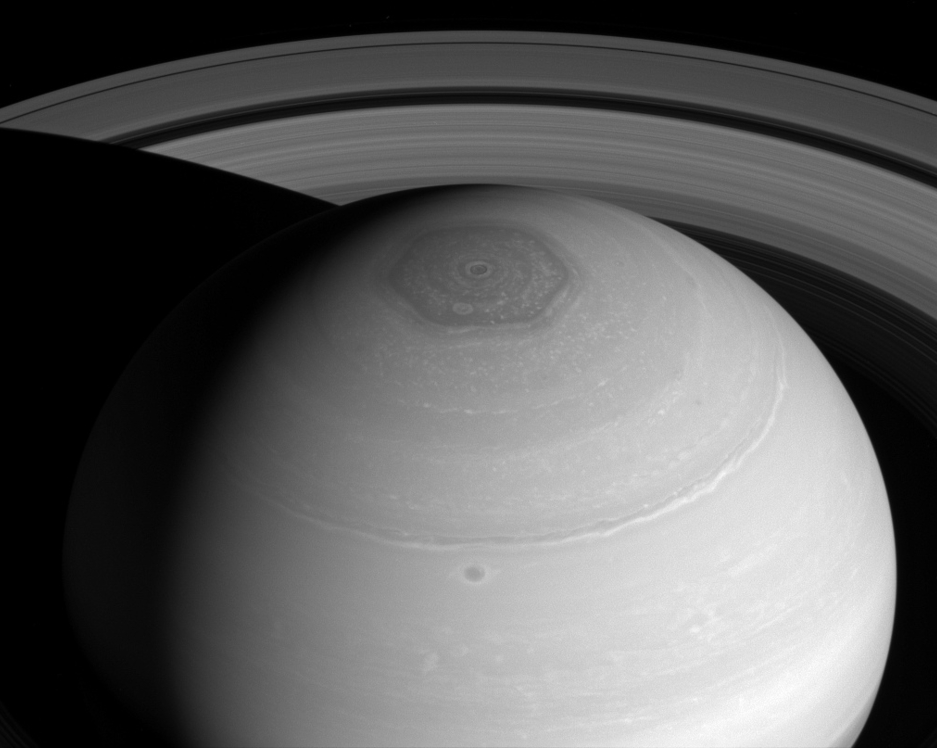 Like a photo of the New York City skyline with both the Empire State and Chrysler buildings in view, this image of Saturn shows off its most iconic landmarks. There’s the hexagon-shaped jet stream feature at its north pole, plus its rings. The spacecraft Cassini took this image on April 2.

Cassini recently celebrated the tenth anniversary of its arrival at Saturn. Now, its engineers are looking toward its final missions. In 2015, NASA plans to send Cassini to sample the water geysering out of Saturn’s moon Enceladus. This will be humanity’s first and only sample of that alien water. Then, in late 2016, Cassini will begin a series of 22 orbits around Saturn that will send the spacecraft between Saturn’s upper atmosphere and its innermost rings. Such close encounters with the planet will help scientists measure Saturn’s magnetic field and the mass of Saturn’s rings—another first. 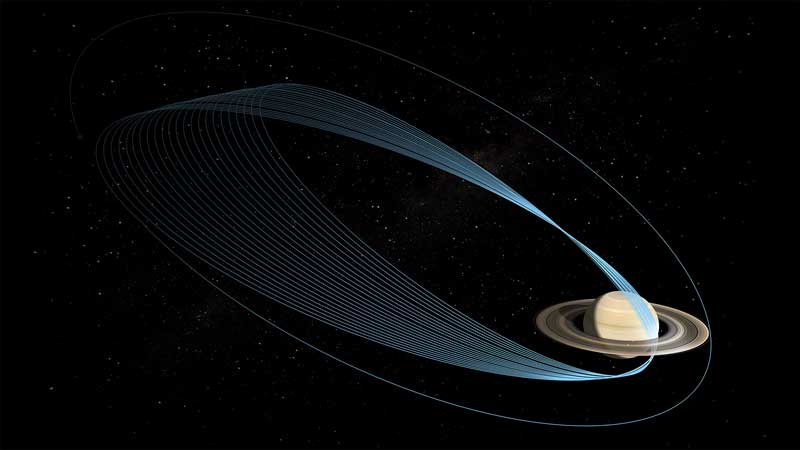 Finally, Cassini will plunge into Saturn’s atmosphere to avoid contaminating the planet’s moons, which scientists think may harbor alien life.