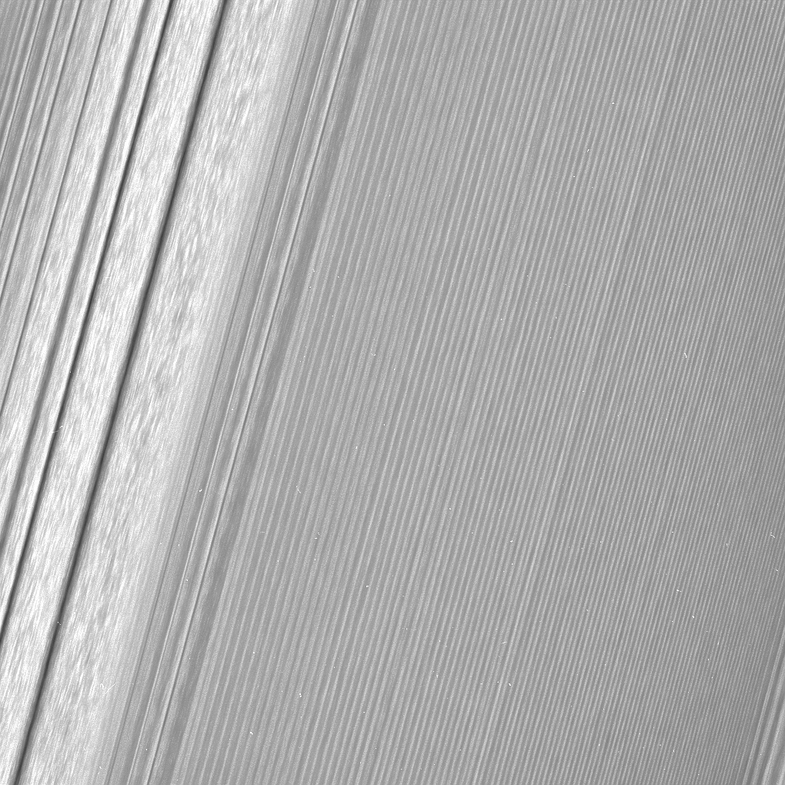 As unmanned spacecraft Cassini gets closer to its final resting place, it’s getting closer than ever to the massive rings that orbit Saturn. NASA calls it the Grand Finale—a series of dives above Saturn’s poles and past narrow rings, collecting new data as it goes.

Cassini has been out there for 20 years, long past its original four-year mission timeline, and will commit suicide in September by dropping into Saturn’s atmosphere where it will be crushed under intense pressure. Before it goes, it’s sending back incredible photos as it makes riskier and riskier orbits. Let’s enjoy it while it lasts.