Saturn’s Moon Dione May Have An Underground Ocean

A NASA spacecraft has found evidence of geological activity under the surface of the icy moon. 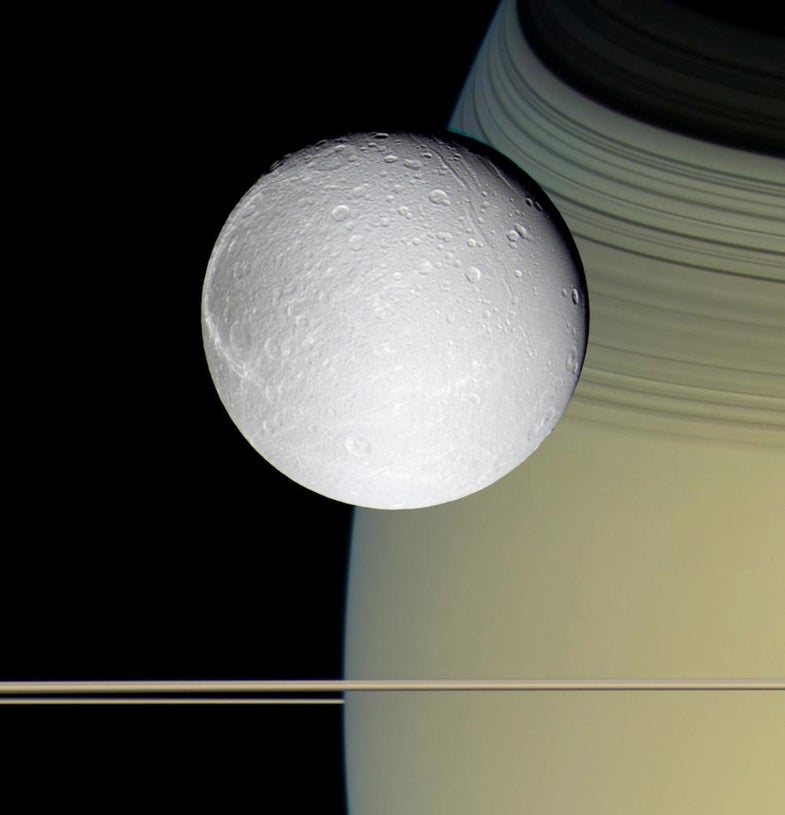 Icy Dione in front of Saturn. The horizontal stripes near the bottom of the image are Saturn's rings. Images taken on Oct. 11, 2005, with blue, green and infrared spectral filters were used to create this color view, which approximates the scene as it would appear to the human eye. NASA/JPL/Space Science Institute
SHARE

A phrase to make your ears perk up: Yet another of Saturn’s moons may have “astrobiological potential,” NASA scientists have announced. The agency’s Cassini spacecraft recently captured evidence that there once was—and may still be—a subterranean ocean on the ringed planet’s icy satellite Dione.

The 700-mile-diameter moon is home to a 500-mile mountain called Janiculum Dorsa (see photo below). Images from NASA’s Cassini spacecraft show the surface of the moon puckering nearly 0.3 miles under the mountain, a clue that Dione had a subsurface ocean when the mountain formed. 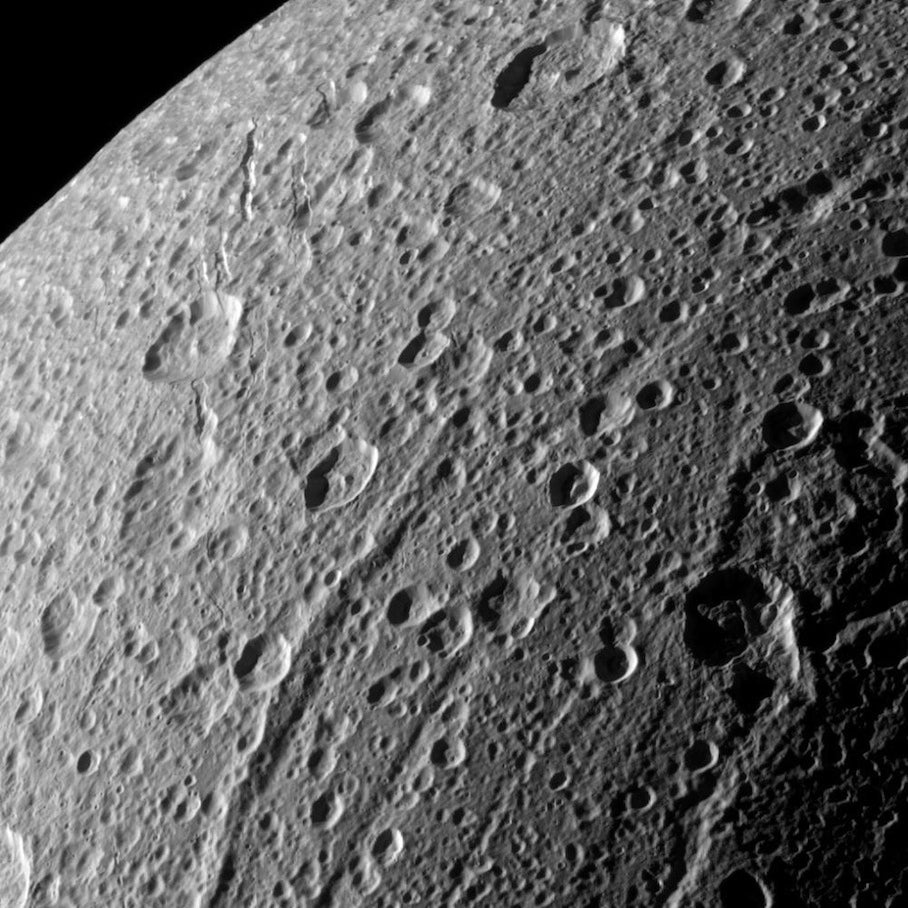 Janiculum Dorsa, a mountain that appears as the long, raised scar in the middle of this Cassini image, is providing new evidence that the Saturnian moon Dione was recently active.

“The bending of the crust under Janiculum Dorsa suggests the icy crust was warm, and the best way to get that heat is if Dione had a subsurface ocean when the ridge formed,” says Noah Hammond, a Brown University researcher and author of a paper about the findings published in the journal Icarus.

Other Saturnian moons that may host underground oceans are Enceladus and Titan. (Jupiter’s moon Europa likely has both subterranean and surface water.) These planetary satellites are all prime targets for life-hunting missions in our solar system.

“A picture is emerging that suggests Dione could be a fossil of the wondrous activity Cassini discovered spraying from Saturn’s geyser moon Enceladus or perhaps a weaker copycat Enceladus,” says Bonnie Buratti of NASA’s Jet Propulsion Laboratory, who leads the Cassini team that studies icy moons. “There may turn out to be many more active worlds with water out there than we previously thought.” 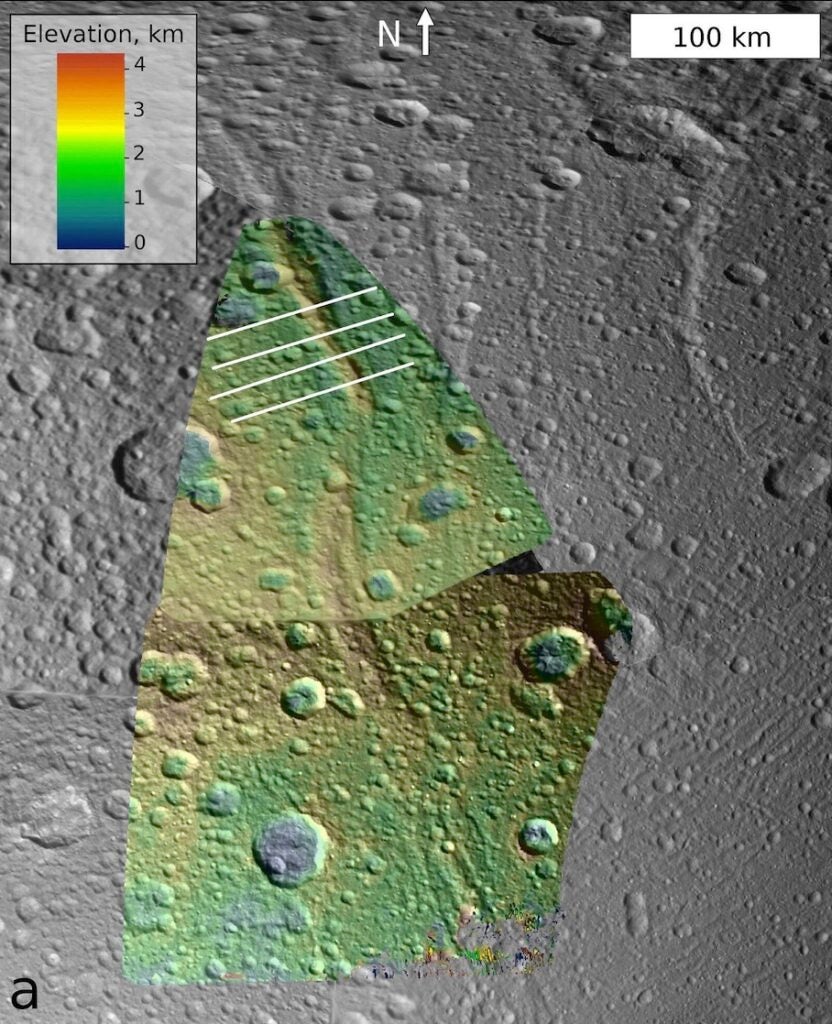 The topography of a mountain known as Janiculum Dorsa on the Saturnian moon Dione. Color denotes elevation, with red as the highest area and blue as the lowest.