‘Wanderers’ Is A Fantastic Vision Of Humanity’s Interplanetary Future

This short sci-fi film, narrated by Carl Sagan, inspires us to explore the solar system 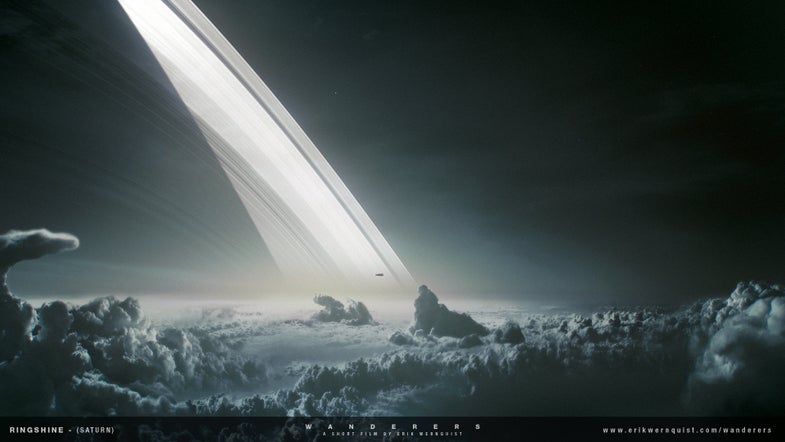 Having a hard time getting motivated after a lazy, turkey-filled Thanksgiving break? We’ve got the perfect remedy for you. Take just five minutes from your workday to watch Wanderers, a short science-fiction film narrated by the late Carl Sagan that will reinvigorate you to explore the astonishing places within our celestial home.

The video opens with a powerful sentence: “All locations depicted in this short film are recreations of actual places in our solar system.” Then, a recording of Sagan’s voice fades in, as he reads an excerpt from his own book Pale Blue Dot: A Vision of the Human Future in Space. The topic of the reading revolves around one of humanity’s greatest passions: the longing to explore.

As Sagan narrates, the film depicts exquisite artist interpretations of destinations within our solar system. And the best part about these scenes? Humans populate every single one. A manmade spacecraft orbits near the south pole of Saturn’s moon Enceladus in one shot, while another view showcases adventurous base jumpers leaping off the tallest cliff on Uranus’ moon Miranda. There’s even a scene in which astronauts descend to the Terra Cimmeria highlands on Mars via an impressive space elevator (some inspiration for the Obayashi Corporation, no doubt).

After a series of deliciously beautiful depictions of humans in space – eye candy for the wannabe galactic wanderer – the very last shot sums it all up perfectly. A female astronaut stands on a platform extending above Saturn’s clouds, looking out at the giant planet’s rings. As she takes in the view, she smiles at the miraculous sight. 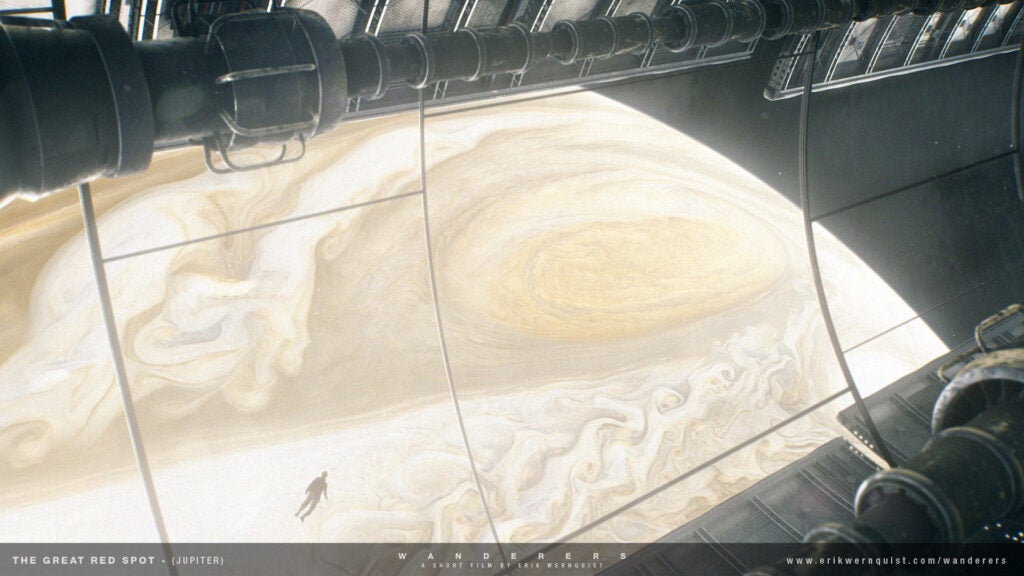 The short, impactful film was created by Erik Wernquist, a digital artist and animator from Stockholm, Sweden. On his site, Wernquist hosts a gallery of screenshots from the video, explaining the locations depicted, as well as the science and inspiration behind his animations. He notes that many of the interplanetary scenes were created using photos and textures from NASA’s Jet Propulsion Laboratory, the European Space Agency, and other scientific institutions. Wernquist also explains his motivation for making the film: He hopes that in time, humanity will populate the stunning moons and planets he digitally created.

“There is no apparent story – other than what you might imagine for yourself,” Wernquist writes on his site. “[T]he idea is primarily to show a glimpse of the fantastic and beautiful nature that surrounds us on our neighboring worlds – and above all, how it might appear to us if we were there.” 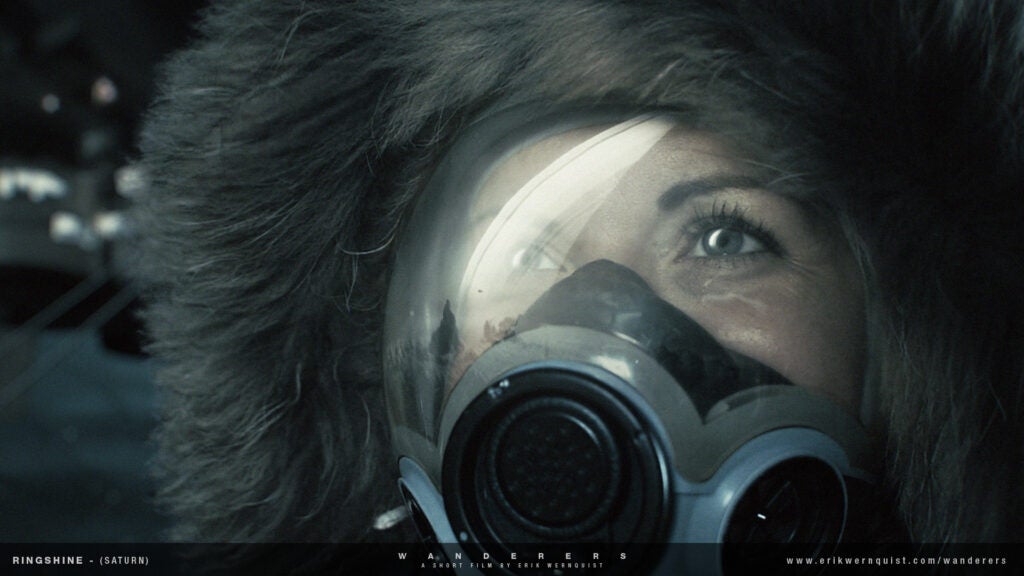 One Hell Of A View 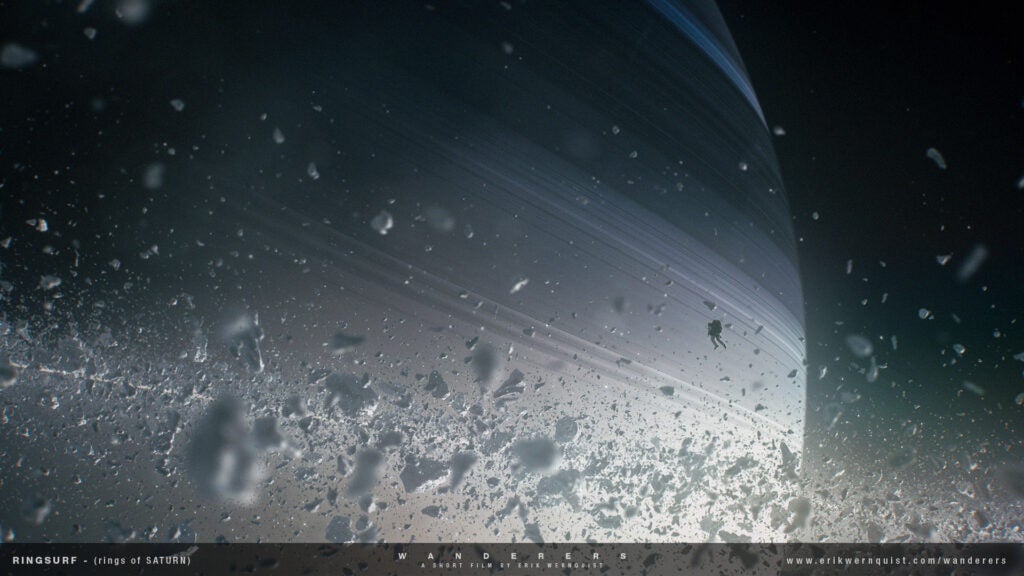