NASA Considers Titan And Enceladus For Next New Frontiers Mission

Boldly going where no bot has gone before 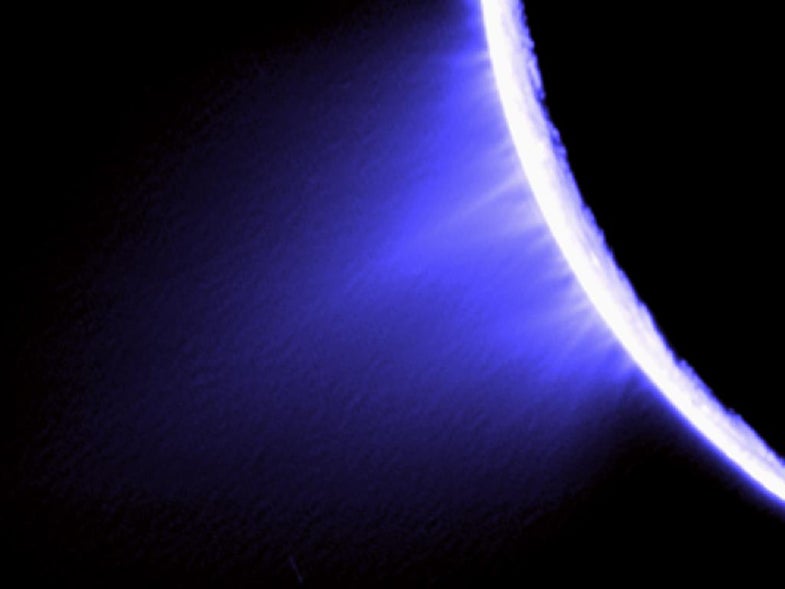 Jets of water seen on Saturn’s moon Enceladus seem to be fed by an ocean under its south pole. NASA/JPL/Space Science Institute
SHARE 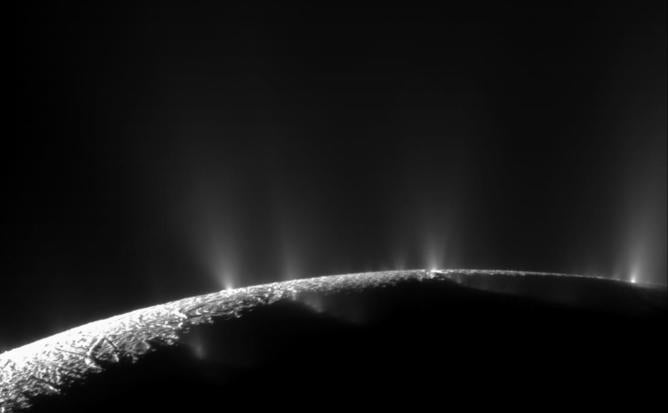 NASA will accept proposals for missions to Enceladus and Titan for its fourth New Frontiers mission.

NASA’s New Frontiers program is a series of medium-sized missions with a maximum budget of $1 billion. (By comparison, the Curiosity rover cost about $2.5 billion.) But scientists can do a lot on a “shoestring” budget–including visit Pluto. The second New Frontiers mission was Juno, a spacecraft launched in 2011 that will visit Jupiter’s radiation belt later this year, just a few months before OSIRIS-REx, another New Frontiers mission, blasts off to visit an asteroid and bring a piece of it back to Earth.

Now, NASA is looking for its next frontier in the solar system, and according to SpaceNews, the agency is nudging scientists via e-mail to think hard about aiming their next New Frontier proposals toward Titan or Enceladus. As Space News notes, we’ll likely see a draft announcement with more details on what NASA is looking for this July. Other possible missions that scientists could propose might include visits to Venus, Saturn, distant asteroids, comets, or even the moon. NASA will send out the formal call for proposals, called an Announcement of Opportunity, sometime in January of 2017.

Both Titan and Enceladus are known to NASA as ocean worlds, or places believed to have liquid water. On Enceladus, recent observations have confirmed that its ocean is relatively near the surface–in fact, the ocean appears to be spewing out of the south pole. Sending a spacecraft to fly through those cryogenic geysers could shed light on whether life could survive beneath Enceladus’ icy crust.

On Titan, the presumed ocean is deeper, locked inside a thick crust, but still a tantalizing exploration target. NASA and other scientific groups have considered sending drones, balloon scouts, and nuclear-powered submarines to Titan to get a better look at what lies beneath.