You won’t need sunblock, but you’ll definitely want a blanket or two 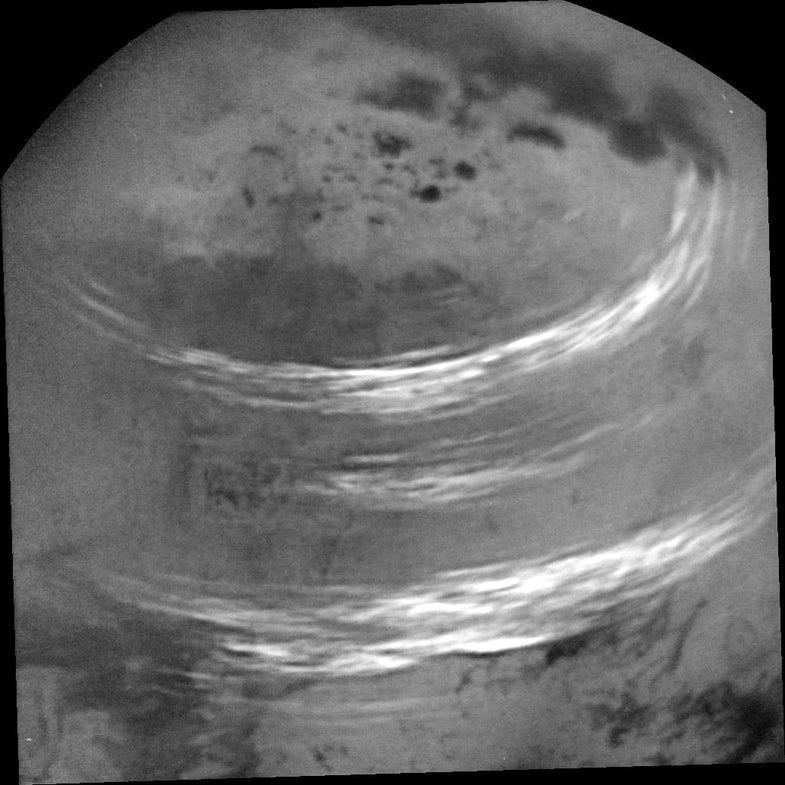 It’s summer in the northern hemisphere, and you know what that means: clouds of methane. Temperatures will soar to a balmy -292°F, a full six degrees warmer than the south pole, and lakes will swell with hydrocarbon rain. Welcome to summer on Titan. You better like it, because it’ll last 7.5 years.

Titan, Saturn’s largest moon, is considered the most Earth-like world we’ve ever discovered. It has seasons and a liquid precipitation cycle just like our own. Sort of. Titan’s seasons each last 7.5 years, and instead of water, methane and ethane rain down into hydrocarbon lakes and precipitate up into clouds. When the Cassini spacecraft arrived at Titan in 2004, it was winter in the northern hemisphere. Now that we’ve hit summer, NASA has been able to see bright clouds of methane moving through the thick atmosphere.

Summer at Titan’s north pole means rainstorms of methane. At least, that’s what NASA is predicting. Since the seasons are so long, this is the first time they’ve been able to observe summer coming to the northern hemisphere up close. Here “up close” actually means about 300,000 miles away, which is the closest Cassini is going to get to Titan from here on out. This new outbreak of clouds is the brightest NASA has seen so far. We caught a glimpse back in October 2016 when Cassini captured this image:

Those dark blobs towards the top are the hydrocarbon lakes. They’re more common in the north than the south, which may be why it rains more up there during the summer. More liquid hydrocarbons lying around means more opportunity for them to evaporate into the atmosphere and condense into clouds. You can see them moving in this very grainy, borderline anti-climactic GIF:

And in case that sonogram-esque view of Titan isn’t appealing enough for you, NASA went ahead and commissioned some artist renderings of what Titan might look like in a summer haze:

Hopefully we’ll get some more glimpses of sparkly methane clouds before Cassini smashes itself into smithereens later this year. For now, just enjoy summer on Earth—and think about how lucky you are to live on this extremely habitable planet.