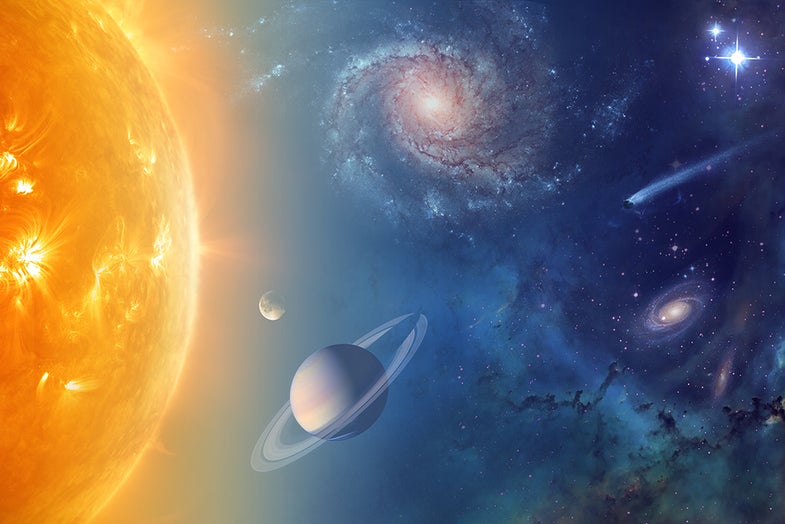 NASA is certain: We’re not alone in this universe.

Speaking at a public panel on Tuesday in Washington D.C., NASA scientists discussed the likelihood of finding organic life in our solar system. Given the surprising number of oceans residing throughout our celestial home, they say “it’s definitely not an if, it’s a when.”

“I believe we are going to have strong indications of life beyond Earth in the next decade and definitive evidence in the next 10 to 20 years,” Ellen Stofan, NASA’s Chief Scientist, said at the panel.

Of course, the space agency isn’t talking about deadly xenomorphs or intelligent beings that can take on the personas of hot teenagers. Most likely, any life that NASA finds within our solar system will be simple microbes, the essential building blocks for more complicated creatures yet to come.

The public discussion was sparked by the recent discoveries of water hiding within many of our planetary neighbors. Jupiter’s moon Europa has long since been considered a primary candidate for finding life, as many astronomers theorize that a vast ocean lies beneath its icy crust. Recently, a study conjectured that Saturn’s moon Enceladus is home to sandy hot springs. And just a few weeks ago, NASA announced the discovery of a saltwater ocean on Ganymede, Jupiter’s largest moon.

And that’s just the tip of the iceberg. So many other moons and dwarf planets may harbor that precious life-sustaining liquid of H2O. You can check them out in this handy infographic.

NASA researchers say these revelations upend the earlier idea that, to find life, we need to look for planets within stars’ “habitable zones.” That theory suggests that in order for a space rock to harbor life, it needs to be at a certain “perfect” distance from a warm body (like Earth is from our sun). That way, the temperature is just right so that water can exist on the planet in liquid form.

But on Europa, liquid water exists even though the frigid moon is more than 400 million miles away from our star. It’s because the gravitational pull from Jupiter jerks the satellite around, causing enough friction and energy to heat up the liquid beneath the surface. Thus, the moon’s water can remain as a liquid when it’s so far from a light source.

“We now recognize that habitable zones are not just around stars, they can be around giant planets too,” Green said. “We are finding out the solar system is really a soggy place.”

We won’t be wading in these waters anytime soon, but with NASA’s upcoming mission to Europa, the agency may get the answers it needs to determine if alien microbes are living next door.