A demagogic dinosaur, a mysterious space robot, and other amazing images of the week 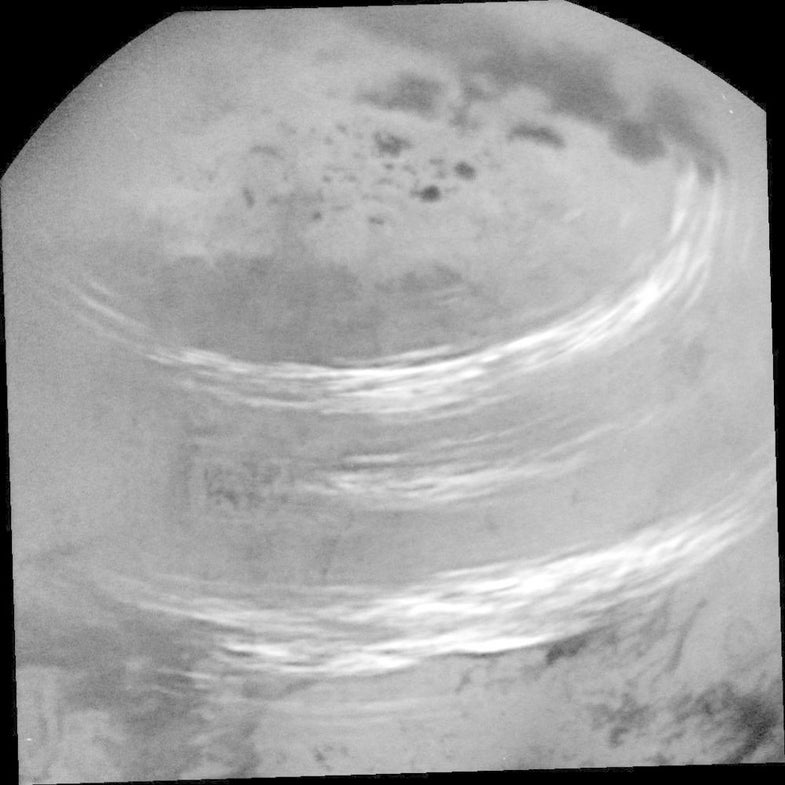 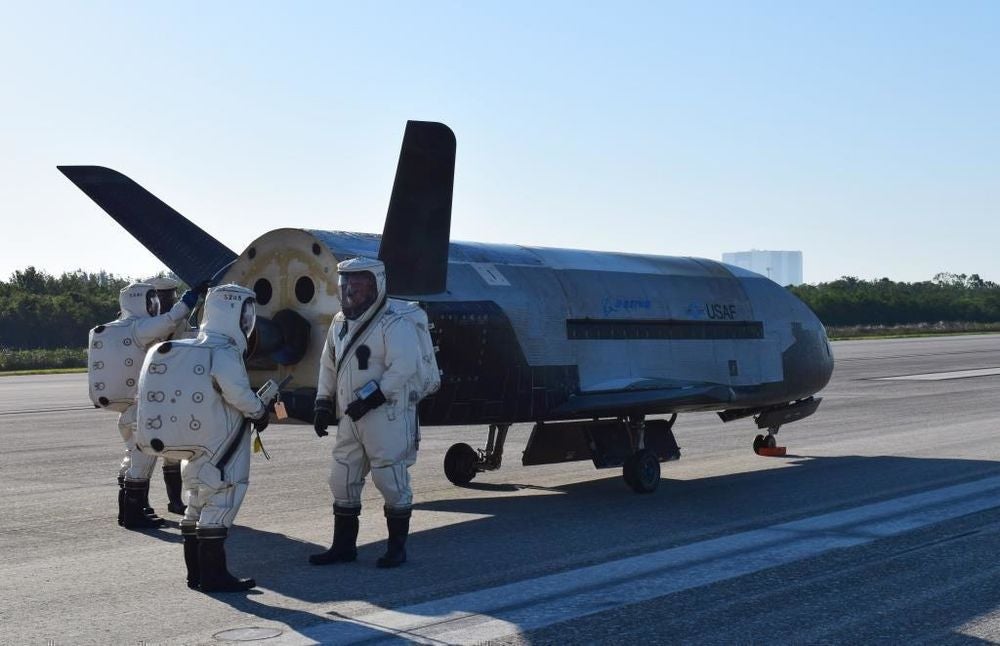 The U.S. Air Force has a not-so-secret space robot. No one is quite sure what it does, but it returned from a two-year Earth-orbiting mission this week. In the photo, Earthlings investigate the landed machine, likely to ensure that the robot didn’t bring down any space-toxins to our planet. PopSci reports what we know here. 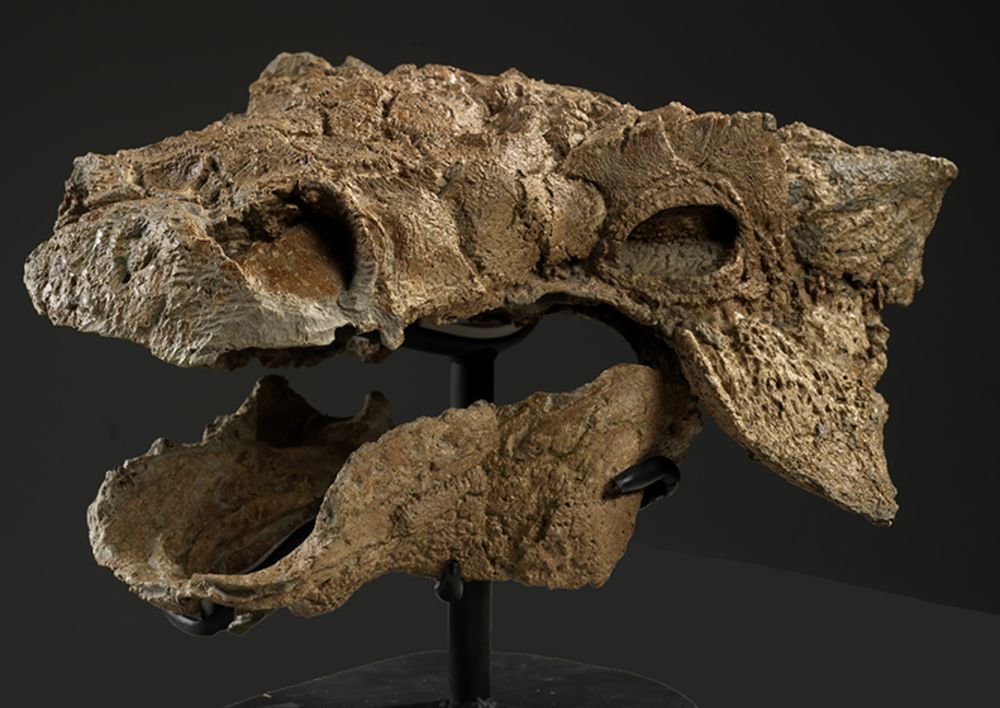 Scientists have identified a new dinosaur, which bears a close resemblance to a creature featured in the original Ghostbusters movie. A Paleontologist named this new species Zuul crurivastator after Zuul, an intimidating horn-faced demigod that looks extremely similar to a skull pulled out of a fossil-rich formation in Montana. IF SEEN – you know who to call.

An expansive sea of lava

The most volcanically active place in our solar system is one of Jupiter’s 67-ish moons, Io. Its insides are incessantly pulled apart, ravaged, and heated by the mighty gravitational pulls of both Jupiter and its moons. Using a powerful telescope, scientists spotted an 8,300 square mile lake (bright yellow dot in the center-ish) on Io’s surface – that’s larger than Lake Ontario. Also, you’ll notice that another of Jupiter’s famous moons, Europa, makes an epic, if not slightly rude, photobomb. 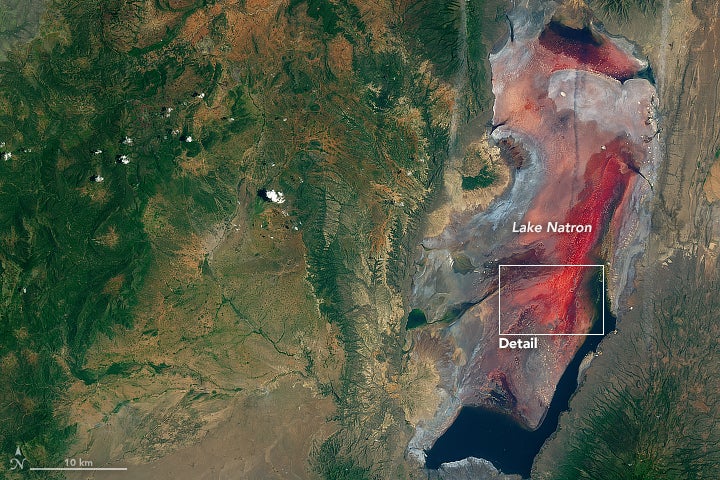 Not much can live in super-salty Lake Natron, located in Northern Tanzania. But microorganisms called haloarchaea are especially keen on salty environments, and their explosive blooms turn the lake red and pink. 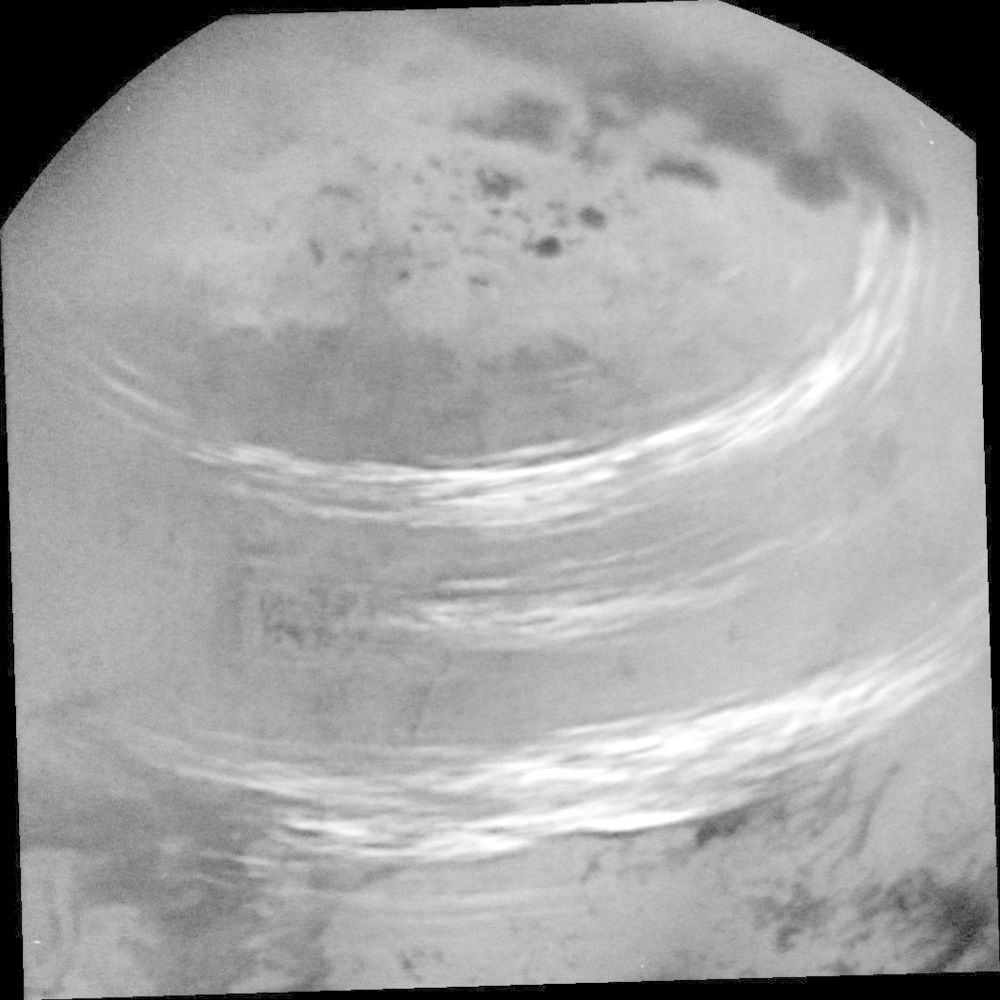 The school bus-sized NASA spacecraft Cassini snapped this shot of wispy clouds on Saturn’s moon, Titan. Unlike Earthly clouds, Titan’s clouds are made of methane gas, as are the moon’s sizeable lakes, those dark spots above the clouds. Come fall, we’ll lose connection with Cassini, as NASA plunges the trusty deep-space explorer into Saturn’s atmosphere, vaporizing it. PopSci reports on Cassini’s dramatic end here.