Cassini's first foray into the space between Saturn and its rings 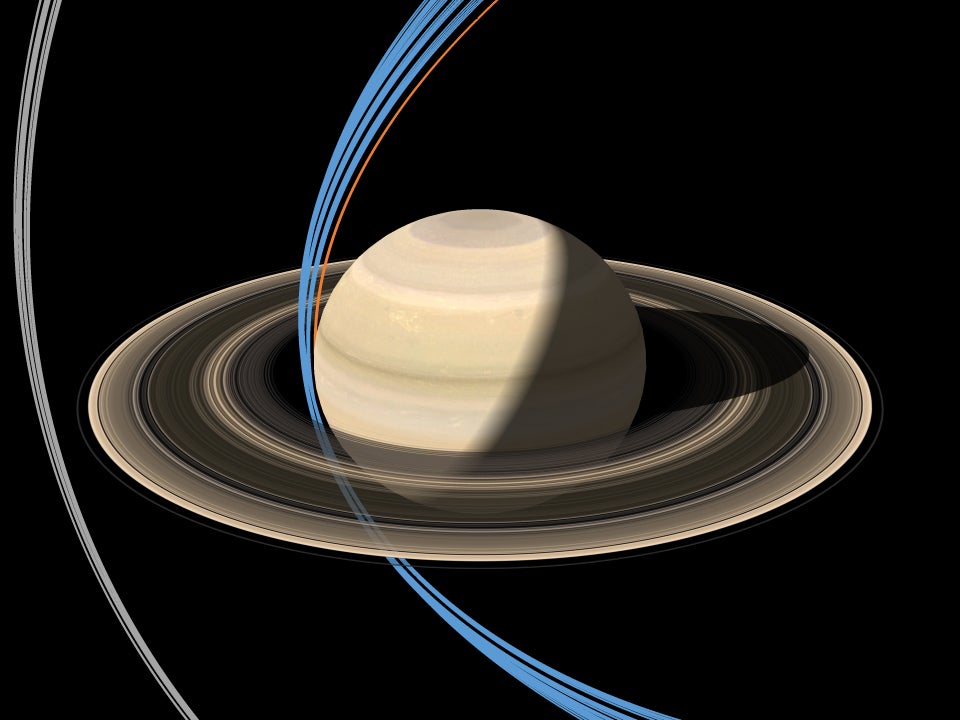 In April, Cassini will begin the first of 22 dives through the relatively narrow, 1200-mile gap between Saturn and its rings. NASA / Jet Propulsion Laboratory - Caltech / Erick Sturm
SHARE

Last week, the Cassini spacecraft made its first dive through the gap between Saturn and its rings. It sent home some pretty spectacular pictures, and now NASA has stitched them together into a video. Behold:

It starts at the 1,250-mile-wide vortex at Saturn’s north pole, where winds whip around at about 330 miles per hour. Then it scans down past the edge of the giant and mysterious hexagon that surrounds the vortex. Scientists aren’t sure how this sharp shape takes form, but each side of the hexagon is longer than the Earth’s diameter. All those bright swirls are storms.

During the dive, Cassini used its giant antenna dish as a shield against any particles that might be floating around inside the rings (but it turned out the gap was surprisingly empty). Near the end of the video, the camera view spins as the spacecraft reorients itself to turn the antenna back toward Earth.

This was just the first of Cassini’s 22 dives through this previously uncharted territory, before the spacecraft gets pulled down into Saturn’s atmosphere—and certain death—on September 15. The spacecraft will be studying the planet’s gravity, magnetic field, and interior structure on each pass, and the videos should get even better later.

“The images from the first pass were great, but we were conservative with the camera settings,” Andrew Ingersoll, a member of the Cassini imaging team, said in a press statement. “We plan to make updates to our observations for a similar opportunity on June 28 that we think will result in even better views.”