The first images from the pentultimate phase of the mission 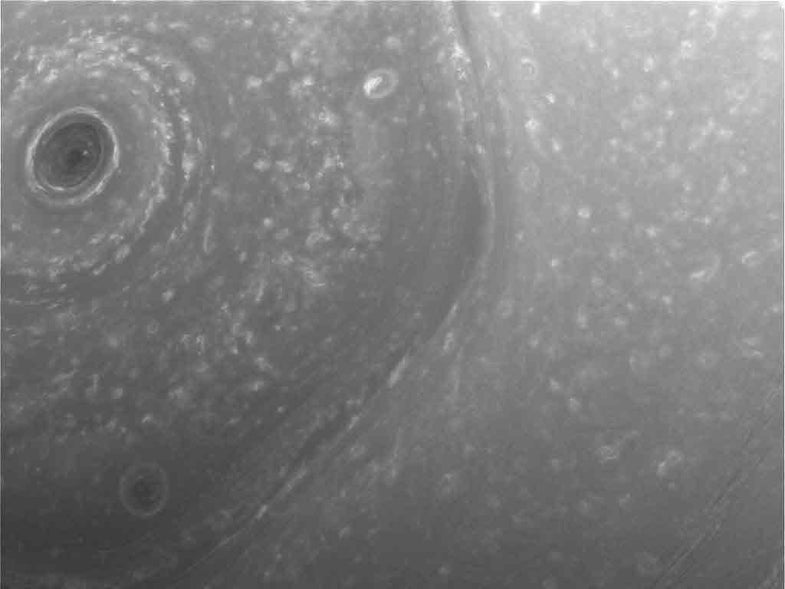 On November 30, the Cassini mission moved into its next, and second-to-last, phase. For the next five months, the space probe will perform 20 “ring-grazing” orbits, passing over Saturn’s north pole and brushing the edge of the planet’s main rings. And it will take detailed photographs as it goes.

This week, NASA released the first images from this phase of the mission. They show the storm, surrounded by a huge hexagon-shaped jet stream (each side of that hexagon is longer than the diameter of Earth), on Saturn’s pole. As the orbit continues, NASA plans to snap close-up shots of the planet, the outer rings, and the small moons that orbit with the rings.

On the previous phase of its 19-year mission, Cassini made many orbits of Saturn, shown here in blue.

The ring-grazing phase of the mission will wrap up in April 2017. After that, Cassini will enter its aptly-named “grand finale,” zipping between the planet and its inner rings. When the grand finale finishes up in September, so will the probe: It will dive into Saturn’s atmosphere, burn up, and die. Until then, enjoy the many beautiful photos Cassini is taking on its way. 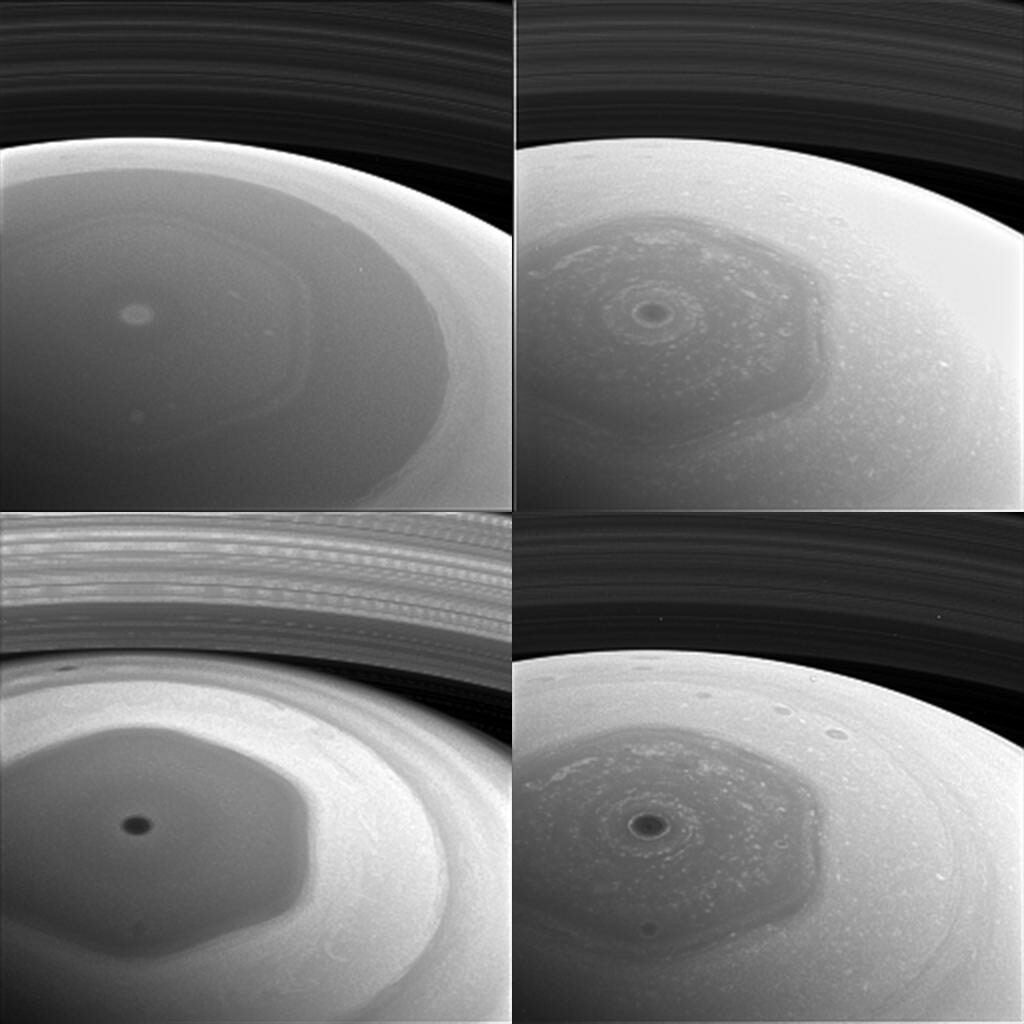