Why Did NASA Choose an Untested Missile to Launch Gemini?

The Titan II rocket that launched NASA’s Gemini missions was sort of the standout odd-ball. One of only two rockets... 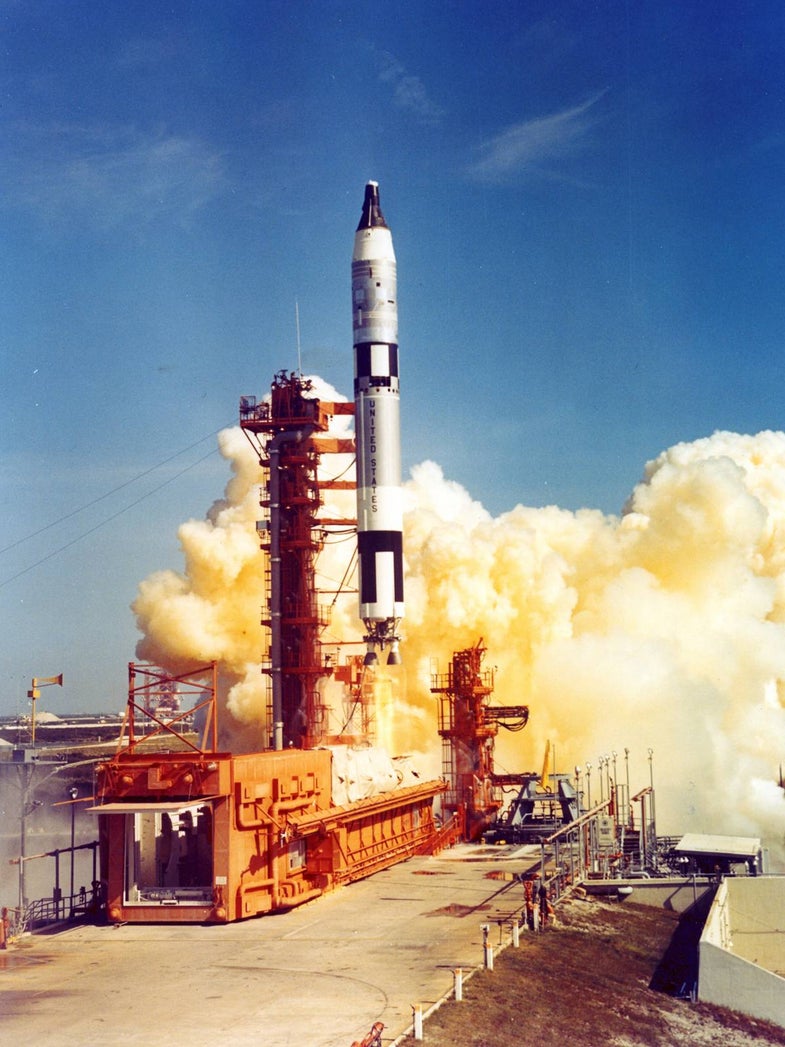 The Titan II rocket that launched NASA’s Gemini missions was sort of the standout odd-ball. One of only two rockets used to launch Apollo-era missions that wasn’t a Wernher von Braun design and the only to use hypergols, it was also the only launch vehicle NASA chose for a program before it had any kind of track record. It’s development was touch and go for a while, but it ultimately launched the fastest program in the space agency’s history. 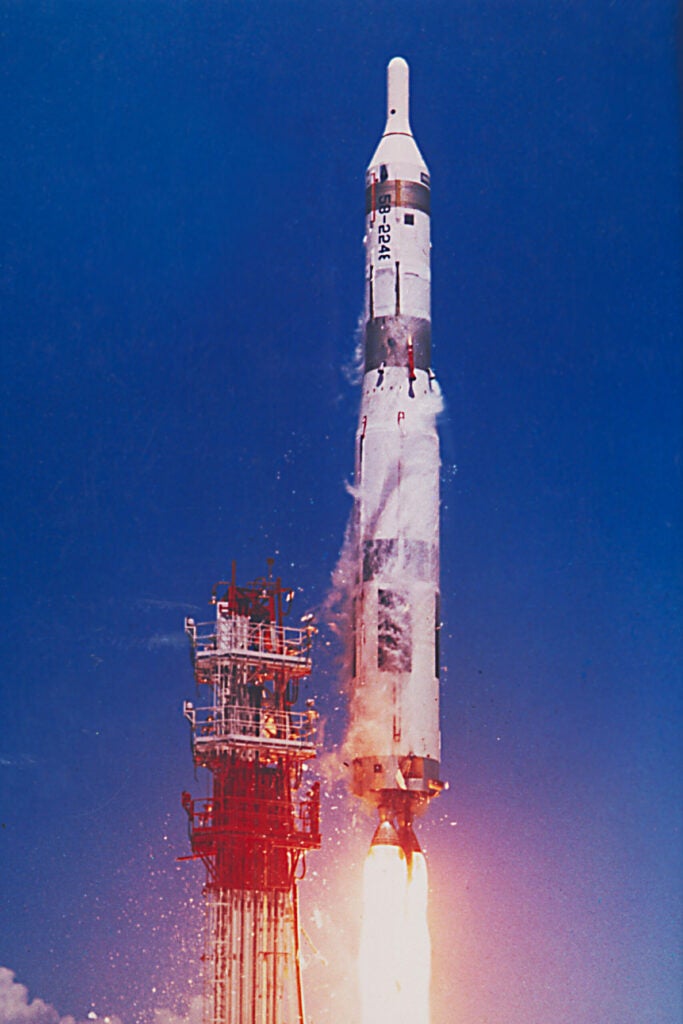 A Titan I missile launches from Cape Canaveral, 1960.

After the end of the Second World War, the US Army Air Force was getting into the business of developing its own ballistic missiles, ones inspired by but not strictly based off of recovered V-2 technology. In April of 1946, the service accepted a proposal from Convair to build a supersonic, ballistic, rocket-powered missile called Project MX-774. By December of 1954, the US Air Force was a separate service branch and MX-774, renamed Atlas, had developed as a stage-and-a-half missile: all the engines ignited at the moment of liftoff then the booster engines were jettisoned about two minutes into the flight. It was a high priority weapons system on its way to becoming America’s first strategic intercontinental ballistic missile.

But the USAF Atlas Scientific Advisory Committee was concerned that, if the Atlas failed, the service would have no other missile in its arsenal. And so, on July 21, 1954, the USAF ASAC recommended the service build a true two-stage missile to serve as a backup to the Atlas. The contract was awarded to the Martin company on October 27 the following year with the order to design and develop a new missile airframe called XSM-68, later renamed Titan.

Unlike Atlas, whose skin was so thin the rocket had to be pressurised just to avoid collapsing on itself, the Titan pioneered structural elements built into the tank walls. A chemical milling process also helped make the new rocket’s aluminium airframe stronger and lighter. But the first iteration called Titan I wasn’t a perfect missile. Using a combination of rocket propellant (RP-1) and cryogenic liquid oxygen (LOX), it couldn’t wait on the launch pad until it needed to fly. For a missile meant to respond to an enemy threat, the delay between the order to launch a missile and it getting off the ground was problematic.

In 1958, the Titan I began going through testing for in-silo launches. If it could be stored ready to fly it would be a better missile to launch in a crisis. And since Martin was investigating the new storage and launch option, it opted to bring a host of other changes into the missile at this point, too. The contractor gave the new Titan a larger diameter so it could lift a heavier warhead and upgraded its inertial guidance system, but the biggest change came with the new fuel and oxidiser combination.

A Titan couldn’t be fuelled with RP-1 and liquid oxygen and left to sit in a silo; there was too much necessary maintenance to keep the cryogenic LOX super-chilled before a launch. Another option was hypergols, a fuel and oxidiser that don’t need to be stored at such low temperatures and burn on contact making the need for an ignition unnecessary. After considering various options, Martin settled on Aerozine 50 as the fuel — a 50:50 mixture of unsymmetrical dimethyl hydrazine and hydrazine — and dinitrogen tetroxide as the oxidiser — a mixture of nitrogen tetroxide and nitric oxide. 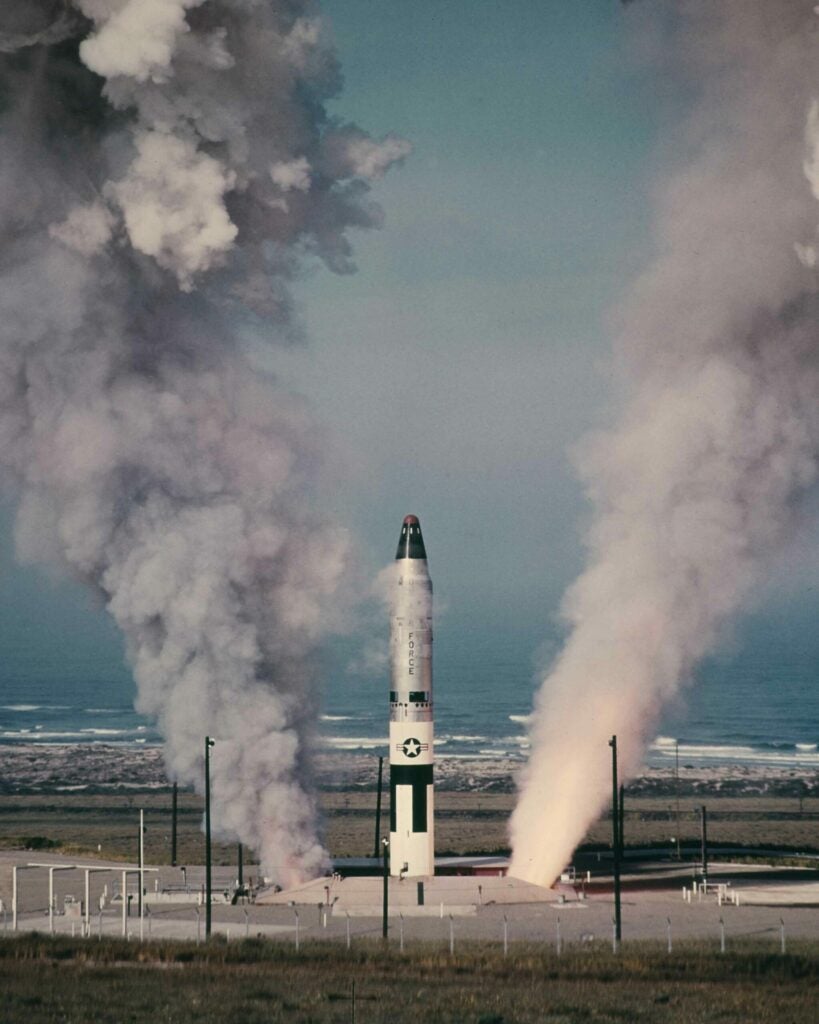 A year later, Martin Company personnel approached NASA the idea of using the Titan II as a launch vehicle for the lunar landing program. The agency’s Associate Administrator Robert C. Seamans was skeptical, but interested enough in the missile to entertain a more formal proposal. From there, the idea developed to use the Titan II to launch a scaled-up Mercury spacecraft as part of NASA’s upcoming Mercury Mark II program.

A formal proposal came two months later. The Mercury-Titan program, Martin personnel said, would benefit not only from the Air Force’s own Titan missile development program, it would also take advantage of the service’s preliminary attempts to man-rate it; at the time it was the planned launch vehicle for Dyna-Soar. And the same benefits the Titan II had over the Titan I promised to apply to NASA missions as well: hypergols were easier to work with, and it was a far more powerful rocket than anything NASA had at its disposal.

By the end of 1961, the Mercury Mark II program was taking shape. The two-man version of the Mercury spacecraft launched on a Titan II was the next step in NASA’s path to the Moon. The problem was, the Titan II had no track record. For NASA to make its end-of-decade deadline, it would need the Air Force to not only build but also man-rate the Titan II in time to launch the interim program. But the Air Force was more focussed on getting the Titan II ready for its role as a missile. The offshoot that met NASA’s standards was secondary and, for Air Force brass, not worth delaying the missile program. 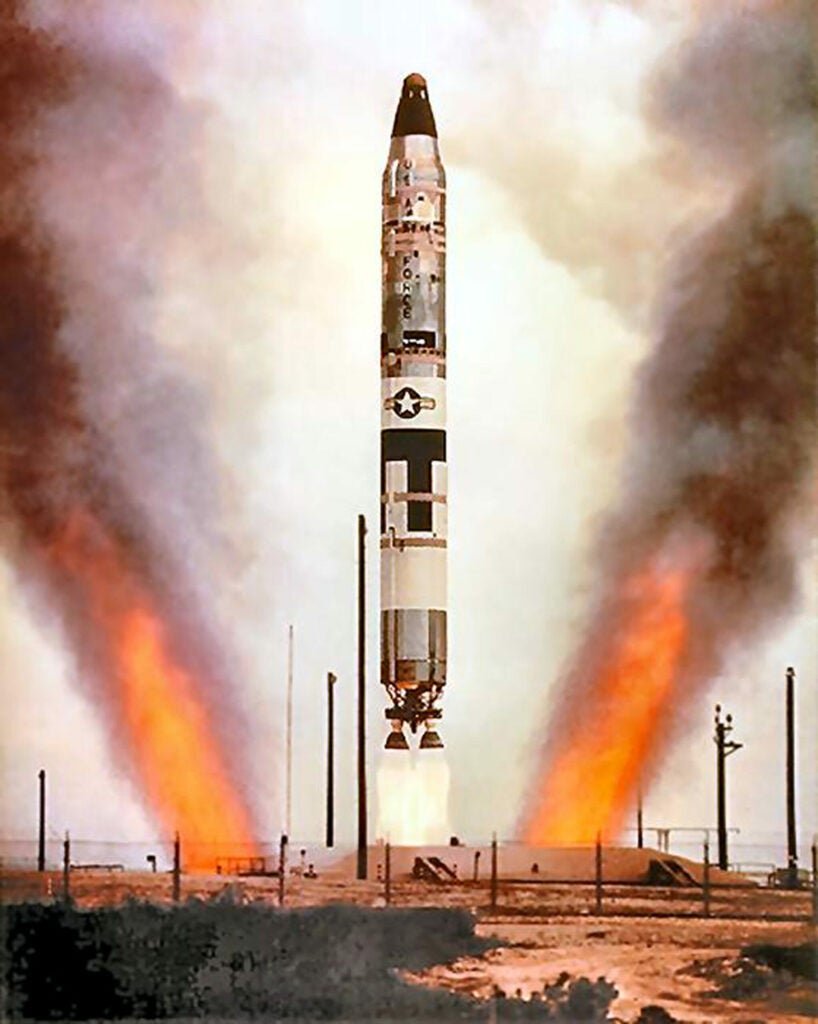 A Titan II out of its silo.

By May of 1963, NASA Mercury program was coming to a close, Mercury Mark II was renamed Gemini, and the Titan II was beset by problems. Foremost was persistent longitudinal oscillation or pogo. This was a known issue to engineers, a phenomenon wherein unstable engine combustion causes variable thrust rates for a rocket in flight, which sends vibrations through the rocket’s structure, including through the fuel tanks so the fuel goes back into the combustion chamber at variable rates and makes the problem worse. It’s a dangerous situation for an astronaut, but less so for a missile, so while NASA was concerned when the pogo problem emerged, the USAF was less so. Similarly, NASA was worried about the Titan II’s second stage’s tendency to burn unevenly and fundamental design flaws with the engines. All told, the Titan II was nearly ready to launch a missile but far from supporting a manned spaceflight launch.

With the problems identified, the USAF started working on solutions. Aerojet-General, the subcontractor behind the Titan II’s engines, and an internal Gemini Stability Improvement Program team began tackling the rocket’s problems that fall. Progress was slow, so much so that NASA briefly considered dropping the Titan II from the Gemini program and using the Saturn I in its place, a von Braun-based design already under development. 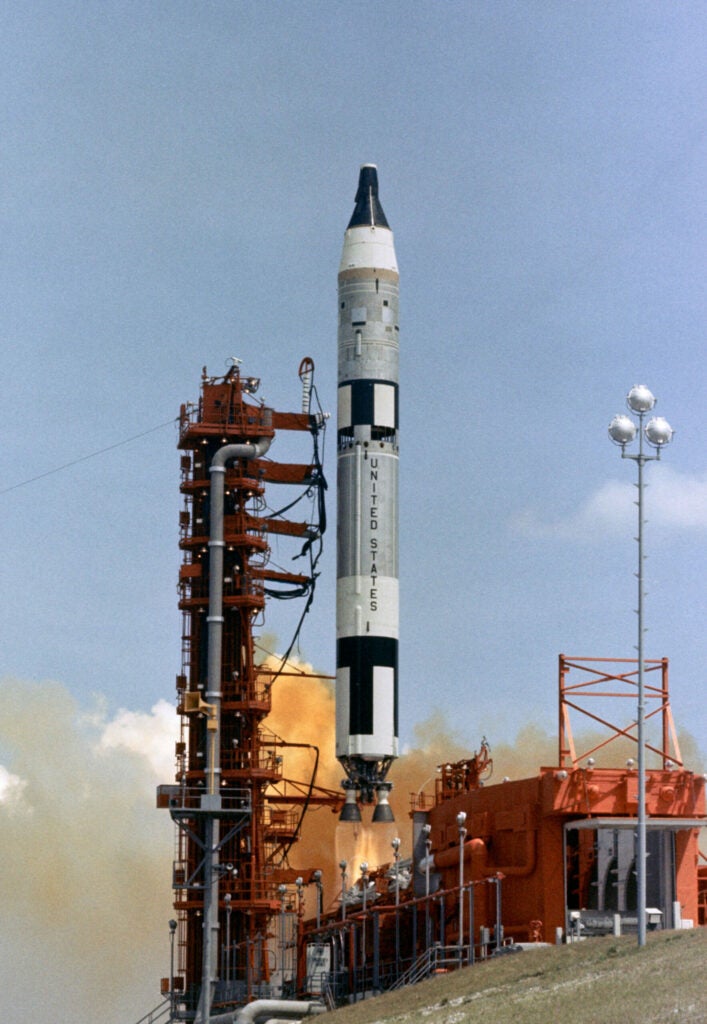 But a solution soon emerged. On November 1, 1963, Titan II Missile N-25 was launched with standpipes in the oxidizer lines and mechanical accumulators in the fuel lines to suppress the pogo effect. It worked. Pogo levels got down to within NASA’s comfort zone, and every launch over the five months that followed had the same result. By mid-January 1964, NASA had no lingering concerns over the Titan II. A little over a year later in March of 1965, the missile carried the first manned Gemini mission into orbit. It went on to launch ten successful missions in twenty months.

That NASA chose the Titan II for the Gemini so early in its development meant the missile and the man-rated version followed parallel tracks to flight worthiness. The forced collaboration between the USAF and NASA was a unique situation that George Mueller, Associate Administrator of NASA’s Office of Manned Space Flight said was likely responsible for the high reliability and remarkable success of the Titan II as a manned launch vehicle.