The International Space Station Is Open For Business 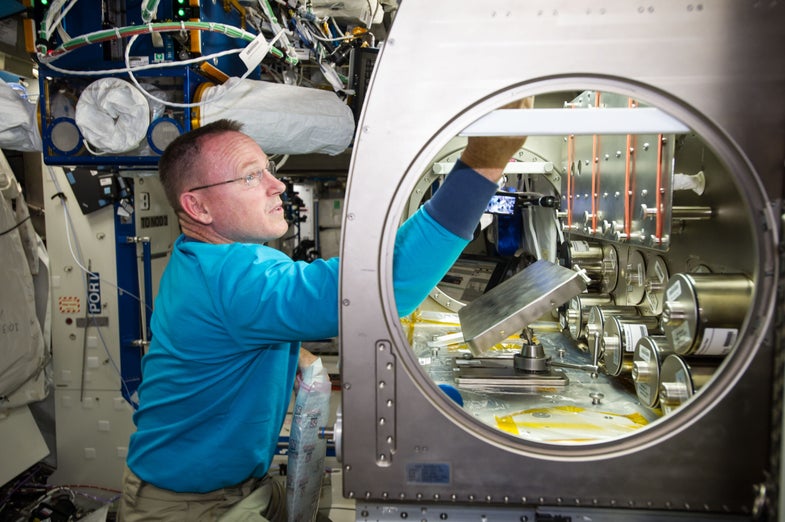 Aside from its monumental rocket landing attempt, last week’s SpaceX launch made headlines for another reason: It jettisoned an espresso machine into space for the first time ever. Called the ISSpresso, the coffee maker is about the size of a microwave, and all it needs is a pouch of water and a capsule of espresso to make a great pick-me-up for sleepy astronauts.

While space-faring coffee machines may make for interesting cargo, the Falcon 9’s Dragon capsule also held other precious freight. Embedded within the capsule, five experiments–ranging from musculoskeletal and neurological research on rodents to synthetic muscles–made their way to the International Space Station. The sponsors of this research? Private companies including Novartis, Merck, and Ras Labs.

The station’s primary function is to serve as a research laboratory. Its sterile microgravity environment, surrounded by the harshness of space, makes it a unique place for testing the behavior of various materials and textiles, as well as experimenting with the growth of biological tissues and crystals. NASA has conducted a significant amount of research on the station, but now the space agency is beginning to understand how the ISS could help the private sector as well.

CASIS wants to spread the word to private companies across the globe: the ISS is at your disposal.

That’s where CASIS comes in. Short for the Center for the Advancement of Science in Space, CASIS manages research conducted in the U.S. National Laboratory on the ISS. In order to get the maximum utility out of the orbital laboratory, CASIS wants to spread the word to private companies across the globe: the ISS is at your disposal.

From a research and development perspective, the ISS holds a number of unique properties and variables you can’t recreate easily for experimentation on Earth. For one, its microgravity environment can accelerate the onset of disease, making it attractive for companies hoping to understand the aging process.

“Any living organism in a microgravity environment is in a very different environment than what they’ve experienced in their evolution,” says Michael Roberts, CASIS senior research manager. “When you remove that gravity vector, you uncover gene expression and protein expression that help us to understand various pathways in the body, which are similar to pathways that cause disease on Earth.” 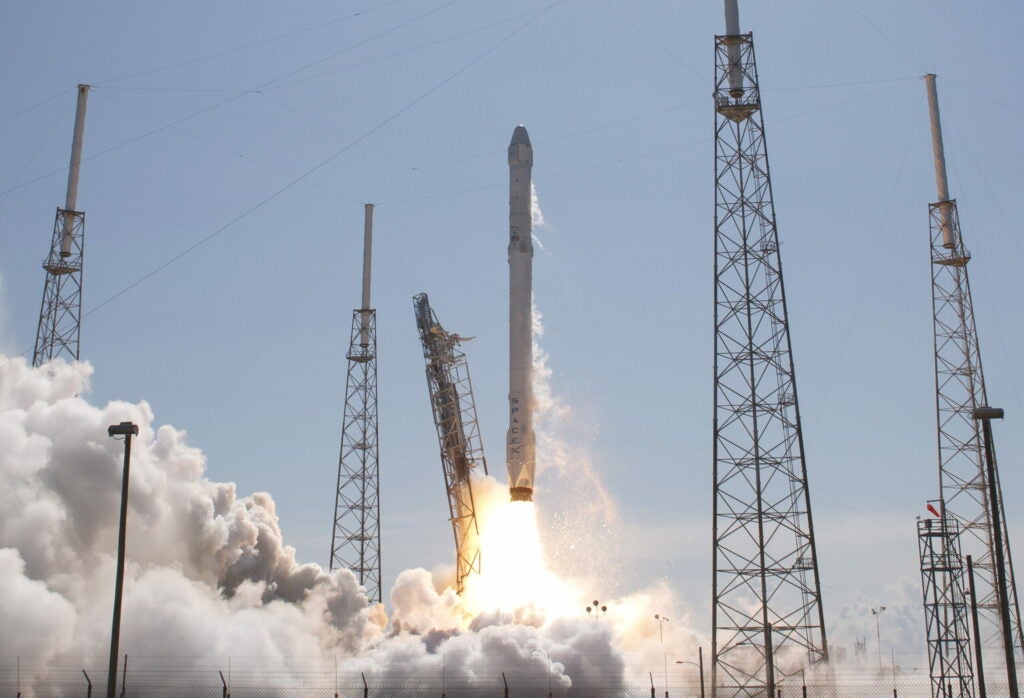 An equally appealing component of the station environment is also reduced sedimentation. On Earth, gravitational forces cause particles in a fluid to settle. This can muck up experiments that involve things like protein crystal formation, as the particles within the crystals aren’t evenly distributed.

That’s something Merck hopes to bypass, by crystalizing two types of human monoclonal antibodies on the space station. (Monoclonal antibodies are important medical tools, often used to target cancer cells and treat autoimmune diseases.) The company hopes that by learning how to grow these crystals in microgravity, they can develop the best crystal structures to improve drug delivery.

“On the station, you’ll have reduced sedimentation, reduced molecular diffusion as well as reduced convection currents,” says Paul Reichert, research fellow at Merck. “All this adds up to larger crystals which are more pure and have more uniform particle size distribution. In the short term, we want to see what benefits we get from this, and see if we can mimic those conditions with Earth processes.”

And of course, there is the severity of space right next door. Material companies hoping to put their products through the ringer can introduce them to the vacuum of space in low Earth orbit, which experiences a wide range of temperatures over the course of a few hours. Bouthot mentioned an undisclosed car company that is proving its engine can withstand the harsh space environment.

“We’re really offering this compelling science platform and we show them that it is worth putting their own skin in the game.”

While conducting research and development on the space station may seem attractive to companies, there’s still the cost to consider. Bouthot says CASIS offers a good return on investment, but sending an experiment into space is still not cheap.

“With this entire infrastructure that’s been created, we’re not charging them for the launch vehicle or the astronaut being their lab tech,” says Bouthot. “Obviously there are internal development costs, their own resources, all of those types of efforts associated with the project have a cost. That can range anywhere from $50,000 and beyond, and they may use CASIS grant money to help defray that cost, or we may ask the customer to pay for that.”

Unfortunately, CASIS doesn’t have much money to give. With a budget of $15 million a year, the non-profit sometimes has to get creative to convince companies that they should send their lab work to space. Otherwise, the station’s resources are at risk of underutilization.

“When we talk with companies, we do lead with the science,” says Buothot. “We’re really offering this compelling science platform and we show them that it is worth putting their own skin in the game.”