The Space Station Is Getting A UPS-Style Shipping Service

A new vehicle design could enable same-day shipping from the ISS to Earth, making science experiments in microgravity cheaper and easier. 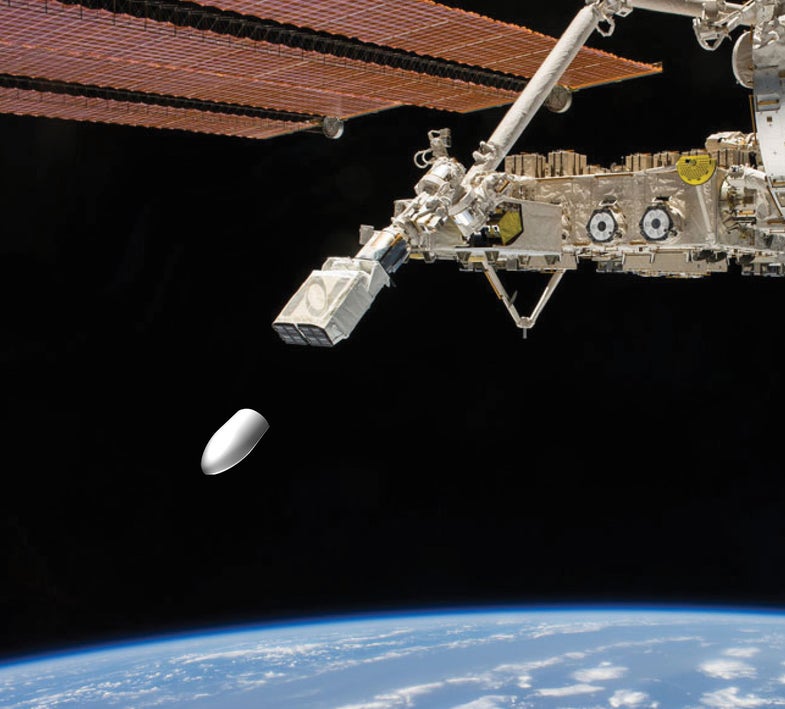 The Terrestrial Return Vehicle is released from the International Space Station in this artist rendering. NASA
SHARE

It’s easy to forget that the International Space Station isn’t just a place for astronauts to hang out and take epic selfies. Because of its unique microgravity environment, the station is actually a valuable hub for research and development, housing hundreds of ongoing experiments that involve everything from human tissue growth to protein crystal formation.

Except there’s one little snag when it comes to conducting experiments on the ISS: It’s kind of far away. Getting critical samples from the station to Earth can be a lengthy process, and researchers usually have to wait anywhere from six months to a year before samples can make the trip to laboratories on the ground. These long waits can be risky, as live biological samples have a perishable lifespan and often need to be reviewed quickly before they degrade.

Well now, private spaceflight company Intuitive Machines has a solution to this problem. In cooperation with NASA, the company is developing the Terrestrial Return Vehicle (TRV), a spacecraft that can deliver experiment samples from station to Earth in less than 24 hours. Think of it as same-day shipping for the ISS. Such a short sample return time opens up more opportunities for research on the ISS that could never have been done before.

“Those experiment samples are left stranded on board until we can get a whole vehicle up there packed with 5,000 pounds of return cargo,” Steve Altemus, president of Intuitive Machines, tells Popular Science. “In our paradigm, we have opportunities to come home every single day, bringing critical samples home when they’re needed.” 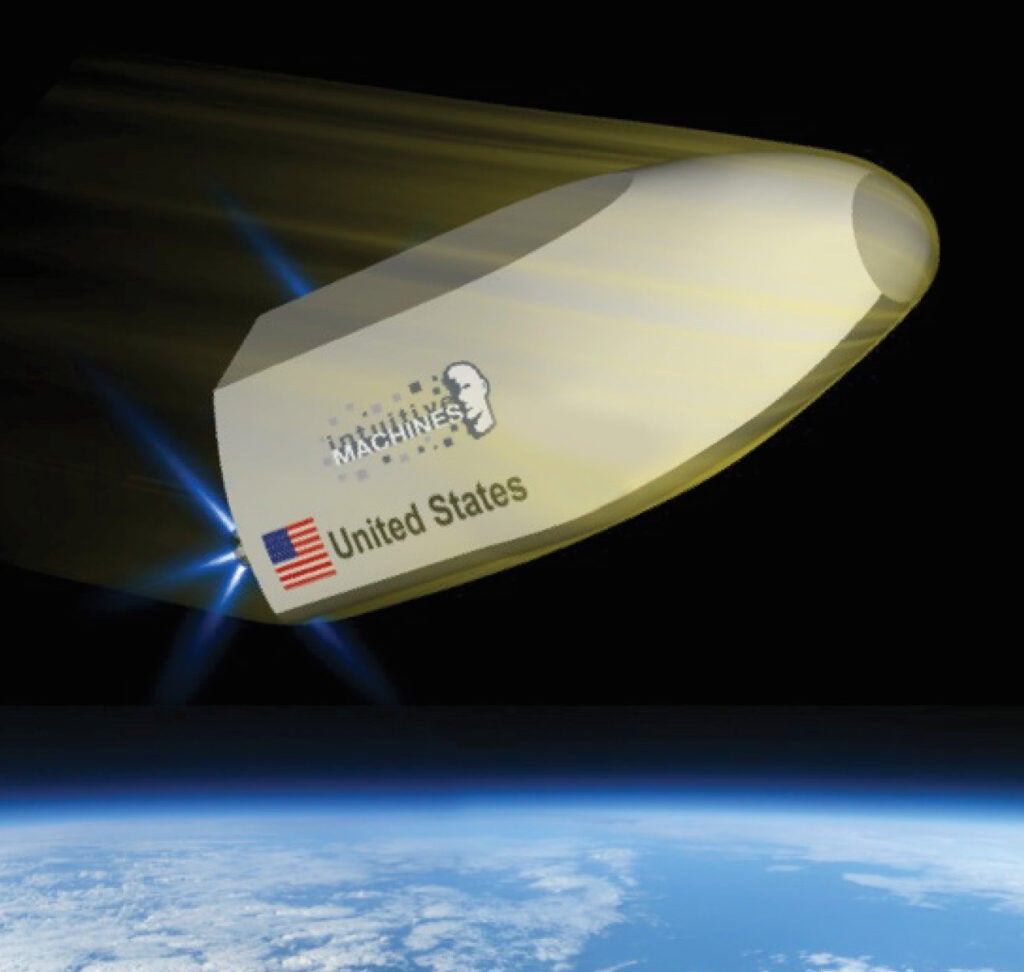 The Center for the Advancement of Science in Space (CASIS), a non-profit charged with managing the ISS U.S. National Laboratory, is helping Intuitive Machines bring the TRV to life. The vehicle is still in the concept stage, but when it’s finished, CASIS will arrange for the TRV to be transported via rocket to the ISS. Once there, astronauts will load the TRV with any samples that need to be quickly sent to Earth, then release it using the station’s robotic arm.

According to Altemus, the TRV will be about the size of a bag of golf clubs–much smaller than the seven-foot-tall Dragon capsules that currently haul cargo to the ISS. The TRV’s small size should make it cheaper to shuttle science experiments back and forth, and its shape allows it to create lift and drag without the need for wings, similar to NASA’s X-38 prototype. “It’s able to maneuver through the atmosphere and manage the energy of its return to Earth,” says Altemus. “It’s more like a mini shuttle without wings. Just the body creates lift.”

After it enters the Earth’s atmosphere, the TRV will release a super sonic drogue parachute to slow down its descent. Then, at about 25,000 feet, it will deploy a parafoil, allowing it to steer more easily to its landing site — a test range in the Utah desert. In total, the TRV’s return trip to Earth will take a mere six hours, which is comparable to how fast the Shuttle used to come home from the ISS.

“In our paradigm, we have opportunities to come home every single day, bringing critical samples home when they’re needed.”

The TRV’s insides will provide cold storage in order to preserve its precious cargo. And since it’s so small, multiple TRVs can remain on the ISS at a time and then be deployed whenever they’re needed. Altemus notes this could fundamentally change how research is done on the ISS, because as of now, “science in space is based on the premise that their samples can come home once or twice a year.”

Conducting research in space can be extremely valuable in the realms of biology, pharmaceutical development, and physics, as it allows researchers to take the effects of gravity out of the equation. “On Earth, gravity is not considered an experimental variable,” says David Wolfe, a former astronaut who worked on biological assembly on the ISS. “While in space and in our space laboratory, gravity is a variable that we can manipulate to our advantage.”

For example, space is a really great place to grow human tissues outside the body in three dimensions. On Earth, gravity causes the cells to grow flat and disruptive forces must be introduced to get proper tissue formation. In space, you can get pretty accurate growth of normal and cancerous tissues, which can be used to test novel drugs later on Earth.

A similar concept applies to protein crystal growth, which is used a lot in pharmaceutical development. Microgravity helps crystals grow much fuller in all different directions. Additionally, a lot of experiments involving mice are done on ISS to test the effects of microgravity on the human body. However, the first iteration of the TRV won’t be able to return live rodents. (They’re working on it, though.)

The first launch of the TRV is scheduled for 2016, making these next couple years pretty remarkable for commercial spaceflight. 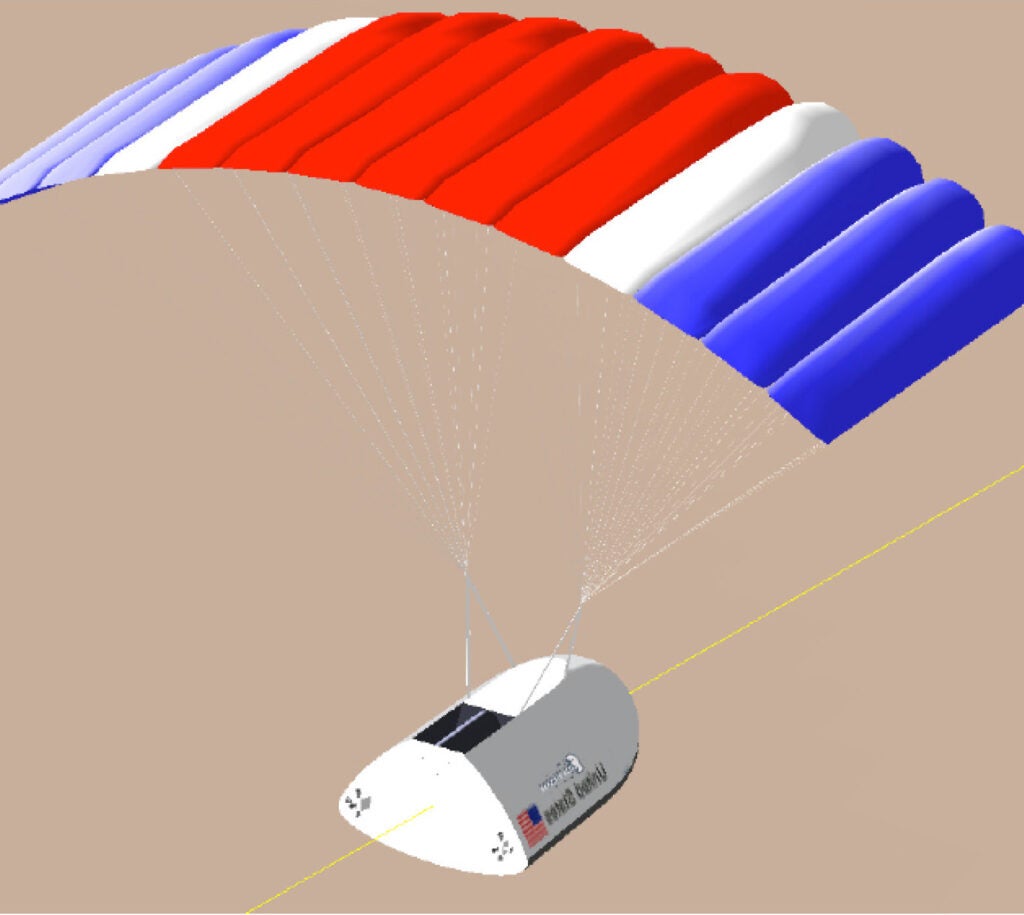 The TRV will use a drogue chute and a power foil to land safely in the Utah desert.
International Space Station
Space