The flight is the first mission to be fully staffed by private passengers. 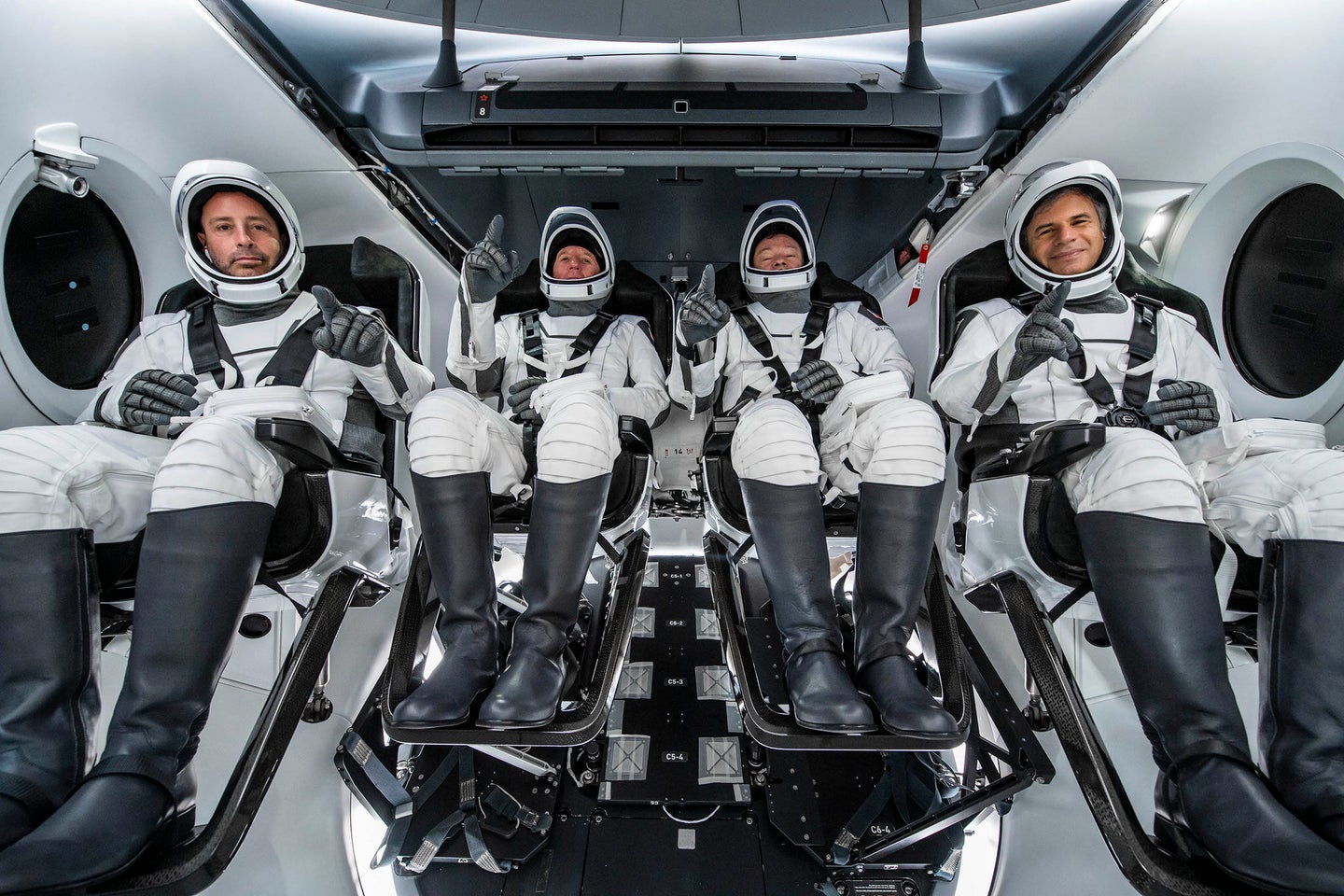 Updated (April 25, 2022): Last night, the SpaceX Dragon Endeavour undocked from the International Space Station after waiting nearly a week past the expected departure date due to adverse weather conditions at the seven possible landing sites back home. At 9:10 PM Eastern Sunday, the capsule closed its hatch and began to move towards low Earth orbit, where it remained for almost 17 hours. It splashed down in the Atlantic Ocean around 1:06 PM Eastern today, and the four Ax-1 crew members disembarked for post-flight health checks. Watch here for more updates.

Update (April 9, 2022): The Ax-1 crew successfully docked at the International Space Station today at 8:29 a.m. EST, about 45 minutes after the intended time, due to a video routing error. It will take several more hours of testing and calibration before the hatch opens to let the SpaceX passengers to embark.

NASA’s first crew of astronauts touched the stars in 1961 with Project Mercury. The Kennedy Space Center’s latest flight, however, had a different sort of crew: paying passengers.

SpaceX’s Dragon Endeavor rocket launched from Cape Canaveral at 11:17 a.m. EST on Friday, and is currently en route to the International Space Station. The crew is set to spend eight days in orbit and land back on Earth on April 18. Instead of a typical team of astronaut corps members, the four passengers include Michael Lopez-Alegría, a former NASA astronaut now working for Axiom (a management and consulting company) as well as three first-time space travelers—a businessman, an investor, and a real-estate magnate. While some have referred to the SpaceX crew members as “space tourists,” Lopez-Alegría disagrees with that description.

“This mission is very different from what you may have heard of in some of the recent—especially suborbital—missions. We are not space tourists,” Lopez-Alegría told reporters earlier this month. “I think there’s an important role for space tourism, but it is not what Axiom is about.”

[Related: Why space lettuce could be the pharmacy astronauts need]

Before takeoff, the passengers underwent hundreds of hours of training at NASA and SpaceX facilities. In addition, each passenger will be assisting in research onboard the ISS, including collaborations with the Mayo and Cleveland Clinic, a partnership with Canadian hospitals, and several conservation-awareness projects.

For Lopez-Alegría, who was inspired by the Mercury, Gemini, and Apollo missions as a child, going back to space as part of a historic crew is a dream come true.

“It was such an inspiration to me, and to be able to participate in what I think is opening the next chapter is truly an honor,”  López-Alegría said at a news conference on April 1. “I can say with zero hesitation that we are ready to fly.”

[Related: Here are all the ways to visit space this decade (if you’re extremely rich)]

Friday’s launch is just the first in a string of planned SpaceX and NASA flights. This new era of space exploration largely began with former President Donald Trump’s Space Policy Directive 1. Signed in December 2017, the policy called for a return to the moon, eventual exploration of Mars, and a synthesis of governmental, private, and international efforts. In 2019, NASA announced a change in policy allowing for the usage of government resources for commercial activities on the ISS, commercial destinations in low-Earth orbits, and opportunities for private astronaut expeditions.

Axiom is currently offering three seats on its next mission, set to take place in 2023, to any interested space enthusiasts. All you need is a spare $55 million.