Dozens of baby squid are orbiting our planet right now

The intrepid little cephalonauts will return to Earth in July. 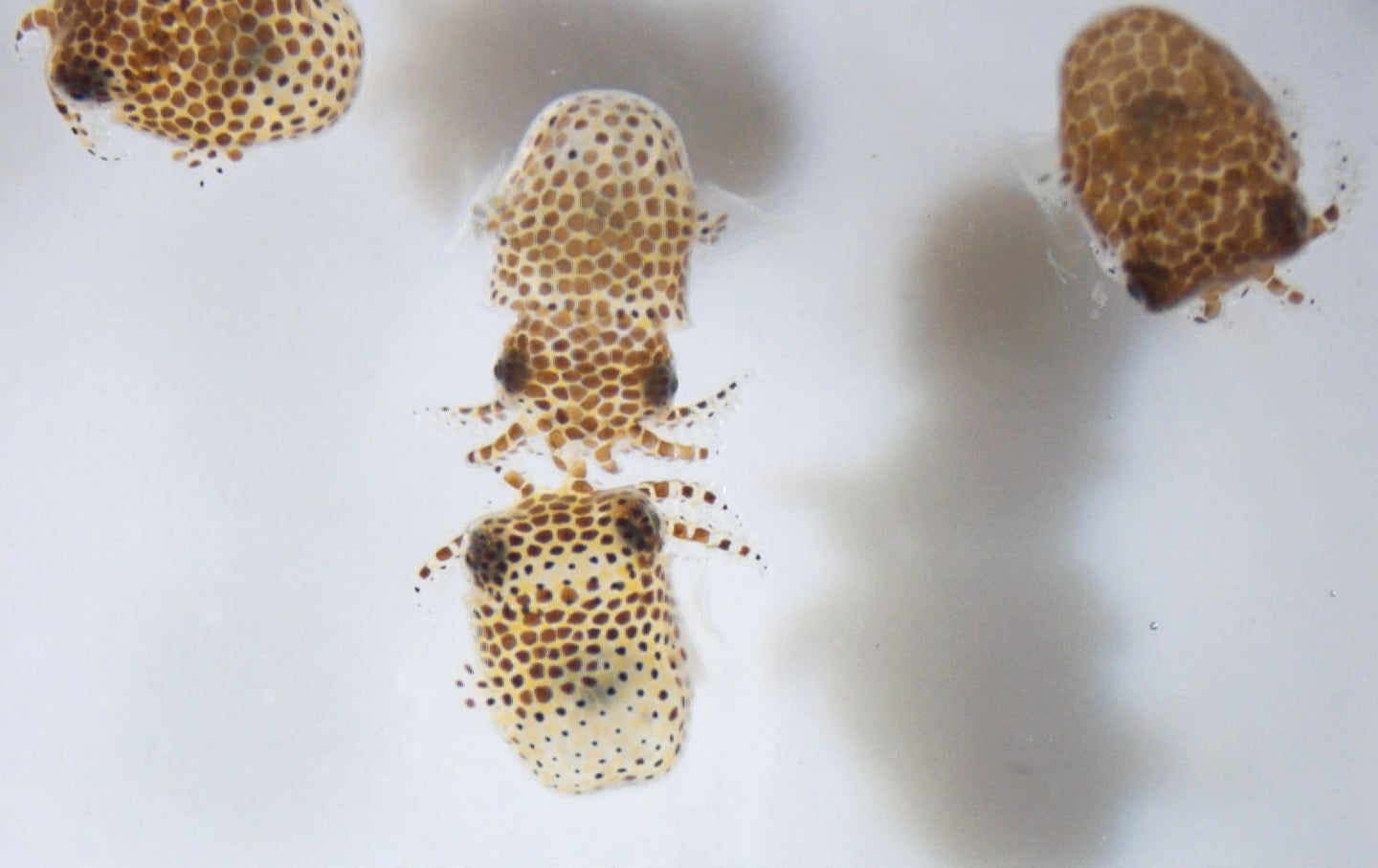 The baby cephalopods are part of the UMAMI study (short for Understanding of Microgravity on Animal-Microbe Interactions), an investigation into how the conditions of space travel impact microbiomes, the bodily flora present in all animals that play a crucial role in gut and immune health.

Hawaiian bobtail squid grow up to about 3 inches long and live in shallow coastal waters. They have a symbiotic relationship with the bioluminescent bacterium Vibrio fischeri, which the squid acquire only after they’ve hatched. A light organ inside the squid provides food and shelter for the microbes that, in turn, emit a soft glow that camouflages the sea creatures against moonlight, rendering them invisible to predators. Scientists want to know if this symbiosis holds up in microgravity.

To kickstart the experiment, scientists on Earth hatched baby bobtails in Florida and kept them away from all bacteria.

Just 29 hours after being hatched, the cephalopods were blasted into space, tucked away in small “aquarium bags.” Once aboard the ISS, an automated system added V. fischeri to some, but not all, of the portable aquariums to inoculate the young squid with their bacterial buddies.

All the bobtails were monitored for just twelve hours of spaceflight and then frozen until their return to Earth. The frozen squid will give scientists back home a snapshot of the changes in the squid’s health on a molecular level, and allow them to compare the exposed and unexposed animals.

“Animals, including humans, rely on our microbes to maintain a healthy digestive and immune system,” Jamie Foster, UMAMI’s principal investigator, told CNN. Foster is a microbiologist at the University of Florida who began her squid research while at the University of Hawaii at Manoa. Despite the microbiome’s critical role in health, Foster said, “we do not fully understand how spaceflight alters these beneficial interactions.”

The UMAMI project page says that “there is a gap in the understanding of the effects of the space environment on the microbiome of animals.” Bridging that gap is important to better understand and predict how humans can stay healthy without Earth’s gravity. Looking at animals like the bobtail squid, which have immune systems not totally unlike humans, is the first step.

“As astronauts spend more and more time in space, their immune systems become what’s called ‘dysregulated.’ It doesn’t function as well. Their immune systems don’t recognize bacteria as easily. They sometimes get sick,” Foster told the Honolulu Star-Advertiser. “There are aspects of the immune system that just don’t work properly under long-duration spaceflights. If humans want to spend time on the moon or Mars, we have to solve health problems to get them there safely.”