Africa’s rapid growth is not affecting the continent equally. Here’s a look at five African countries that represent some of the brightest spots. 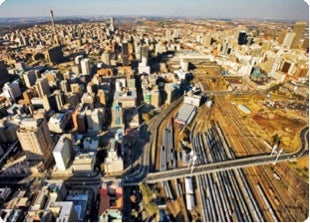 May 2000, The Economist magazine declared that Africa was “the hopeless continent.” Eleven years later, in 2011, it referred to Africa as “the hopeful continent.” And on October 20, 2012, the magazine stated: “In recent years investors have been piling into Lagos and Nairobi as if they were Frankfurt and Tokyo of old.”

Clearly, gloomy skepticism has given way to glowing optimism about Africa, and for good reason—over the past 10 years, many of the economies within Africa are outpacing economies anywhere else in the world. In fact, according to the International Monetary Fund’s (IMF) World Economic Outlook released in October 2012, 11 of the world’s 20 fastest-growing economies are in Africa, and this booming economic growth has helped create the fastest-growing middle class in the world.

Of course, the major trends driving this growth—changing policy environments, a growing middle class that expects equitable social and economic policies, high commodity prices, robust domestic demand, and rapid mass urbanization—have not affected all countries on the continent equally. Here’s a quick look at five economies that have especially benefited from recent developments, and those that pose some of the best potential for the future.

1. South Africa: The Continent’s Largest Economy
Africa’s southernmost country has a mature economy with strong industrial, financial, and transportation sectors. With GDP estimated at $408 billion and per capita income estimated at $11,000 for 2012, the country sits firmly in the World Bank’s Upper-Middle-Income category, along with Brazil and China. In 2010, South Africa joined the BRICS (Brazil, Russia, India, China and South Africa), an association of top emerging economies distinguished by their fast growth and burgeoning influence in regional and global matters.

Despite its developed infrastructure and abundant natural resources, South Africa does face challenges in the areas of governance and inequality. Protests, strikes, and instability have hindered foreign investment in the country. And compared to Africa’s Middle-Income Economies—or MICs, as defined by the World Bank—South Africa’s 2.6% economic growth rate is sluggish. (This has partially been because closer ties to the global economy and substantial exposure to the Euro zone mean South Africa has been more affected by the global economic slowdown.)

That said, the country is a major regional powerhouse. It has large investments in neighboring countries. And South African companies—particularly its financial services, retail, fast food, supermarket, service station, and textile firms—are flooding the continent with consumer goods and services. This has given the country an outsize influence on the continent, and a firm stake in the success of economies across Africa.

2. Nigeria: A Waking Giant
Nigeria, in West Africa, tops most lists of African countries to watch over the next decade. Traditionally known as “the sleeping giant of Africa,” the country has a huge population of more than 167 million, over 50% of which lives in urban areas like Lagos and Kano. According to the state-run Nigeria National Petroleum Corporation (NNPC), Nigeria is Africa’s largest oil producer, exporting 2.5 million barrels per day. Economically, it has registered a solid 7% growth rate for the last decade, and politically, with its second civilian transfer of power in less than a decade, the country has begun to consolidate its democratic reforms.

In many ways, Nigeria’s current status resembles that of Brazil before political and social reforms turned around its economy in the 1990s. Nigeria may be able to replicate Brazil’s success by adopting similar policies, including investing in infrastructure, reducing poverty and inequality, and reforming institutions.

According to an October 2012 report by Standard Chartered Research, Nigeria’s challenge is to replicate its success in technology (mobile telephony) in the utilities, refining, and agricultural sectors. The report urges Nigeria to move away from the “system of patronage” that has held the country back for decades. It also calls for greater emphasis on diversification and long-term planning that will change Nigeria from an “allocation” to a “production” state. The report states that, “Oil and gas, even given Nigeria’s vast resources, are not going to determine development in the future.”

Nonetheless, there is a great deal of optimism surrounding Nigeria. The Economist even suggested recently that Nigeria’s economy, messy as it still is, has the potential to overtake South Africa within a few years.

3. Angola: A China-Fueled Surge
Angola is sub-Saharan Africa’s third-largest economy after South Africa and Nigeria, with a GDP of $107 billion and per capita income of $8,200. Since the end of the civil war in 2002, Angola’s economy has been growing much faster than the continent’s two powerhouses, and the World Bank recently reclassified it as an Upper-Middle-Income economy. Unlike South Africa, however, Angola has a young economy that lacks diversification. And the country is still recovering from that 27-year-long civil war, which devastated its economy and people.

Angola is the continent’s second largest exporter of oil. Its economy was expanding at a rate of 15% before the global recession of 2009. Despite the current contraction, its economy is still expected to expand by 6.8 % this year thanks to the export of oil and diamonds, as well as uranium, iron ore, gold, and copper. (Most of Angola’s oil goes to China; Angola is China’s biggest trading partner on the continent.)

Since the end of the war, Angola’s civilian government has instituted aggressive economic and social reforms that are beginning to bear fruit, and it claims to have reduced poverty from 68% to 39% over the last decade. It has also asserted an infrastructure development program to build thousands of miles of roads and railroads, and hundreds of bridges and reconstructed airports. Most of these infrastructure projects involve Chinese firms under an oil-for-infrastructure deal that some criticize as favoring China.

4. Ghana: Africa’s Next Economic Star?
Another emerging African “lion” is West Africa’s Ghana, which is still classified as a Lower-Middle-Income country by the World Bank. Its economy grew at 14.3% in 2011, making it one of the fastest-growing economies in the world (and tops on the African continent), though the World Bank expects its growth to slow to 7.5% for 2012.

Ghana’s growth can largely be attributed to increased oil production, although diamond, iron ore, and cocoa exports also contributed to the bottom line. After decades of mismanagement, Ghana began to turn its economy around in the early 1990s, when it instituted wide-ranging economic reforms with the support of the IMF and World Bank. In 2007, oil was discovered, which led to faster economic growth. Today, Ghana has been a stable democracy since 1992, and is considered a model for prudent political and economic reform.

5. Ethiopia: Public Sector Investment
Ethiopia is an example of a non-resource-rich country with an economy that nonetheless grew at an average of 11% between 2004 and 2011. According to the World Bank, this is based on its government’s public sector investments in agriculture, industrialization, and infrastructure. Government investments in hydropower have made Ethiopia a net exporter of electricity to neighboring countries such as South Sudan and Djibouti. And with a population of 85 million, Ethiopia is sub-Saharan Africa’s second most populous country, after Nigeria.

With that population expected to reach 100 million by 2020, Ethiopia represents a huge market that is expected to drive economic integration in the region and growth for its neighbors. In addition, the country has been praised for making progress in all areas of the Millennium Development Goals (ending poverty, hunger, and disease). The Ethiopian government estimates that poverty declined from 38.7% in 2004 to 29.6% in 2011. As a result, Ethiopia has laid the foundations for sustainable growth and even emerging economy status.

A Look To The Future
While these five economies represent some of the brightest spots on the continent, others are waiting in the wings, particularly those that are rich in resources. The World Bank notes that the combined benefits of a peace dividend and iron ore exports in Sierra Leone, for example, have led to a 25% growth rate over the course of 2012. Similarly, in Niger, uranium and oil exports have led to a 15% growth rate this year.

According to the October 2012 edition of Africa’s Pulse, a World Bank publication, at least 10 countries are expected to join the 21 in sub-Saharan Africa that the bank classifies as MICs. Among those predicted to be upwardly mobile are Kenya, Tanzania, and Rwanda, where the discovery and development of new reserves of oil, gas, and other minerals, is expected to accelerate growth.

Terra Lawson-Remer, a Fellow for Civil Society, Markets & Democracy at the Council for Foreign Relations in Washington, D.C., cautions not to paint Africa’s growth story with “too broad a brush stroke.” She notes that most of the countries that have registered rapid growth rates are resource-rich, and have benefited from high commodity prices in recent years.

Emira Woods, co-director of Foreign Policy in Focus at the Institute for Policy Studies, also cautions against focusing too much on growth rather than equity. She notes that, “We are seeing growing inequality both within and among countries.” This inequality is compounded by the rising expectation among the poor for wealth-sharing that, if not met, could lead to political instability.

“This is the reason we have protests in Nigeria, Tahrir Square [in Egypt], Sudan, and Tunisia,” Woods said. “The current labor uprising in South Africa also shows evidence of the problem of expectations [and] of inequality.”

Nevertheless, there are strong signs for the continent as a whole. Lawson-Remer suggests the downturn in Europe’s economic fortunes means that “capital looking for investments has to go elsewhere.” Thanks to Africa’s growing economies, high rate of return, and abundance of natural and human resources, Western conglomerates like IBM, Nokia, and Nestlé are investing heavily. And China’s interest shows no sign of waning. The country’s trade with Africa is expected to hit $220 billion in 2012—a 25% growth rate annually—and its former vice-minister of commerce, Wei Jianguo, told China Daily that Africa will surpass the U.S. and the E.U. to become China’s largest trading partner.

Woods argues that, across the continent, technological development will be the “way of the future.” She points to innovations such as mobile banking and the massive penetration of mobile phone technology, as positive developments. “The combination of the fast-growing youth bulge—workers aged 16 to 30—and technological innovations are positive and bode well for the continent,” Woods said.

Considering these factors, there is reason to believe that, despite challenges, Africa will continue to produce dynamic, emerging market economies. South Africa, Nigeria, Ghana, Angola, and Ethiopia may just be the first wave—with many more to follow.