Mann, a member of the Wailacki of Round Valley Indian Tribes in California, made history when she launched off on NASA’s SpaceX Crew-5 mission last week. 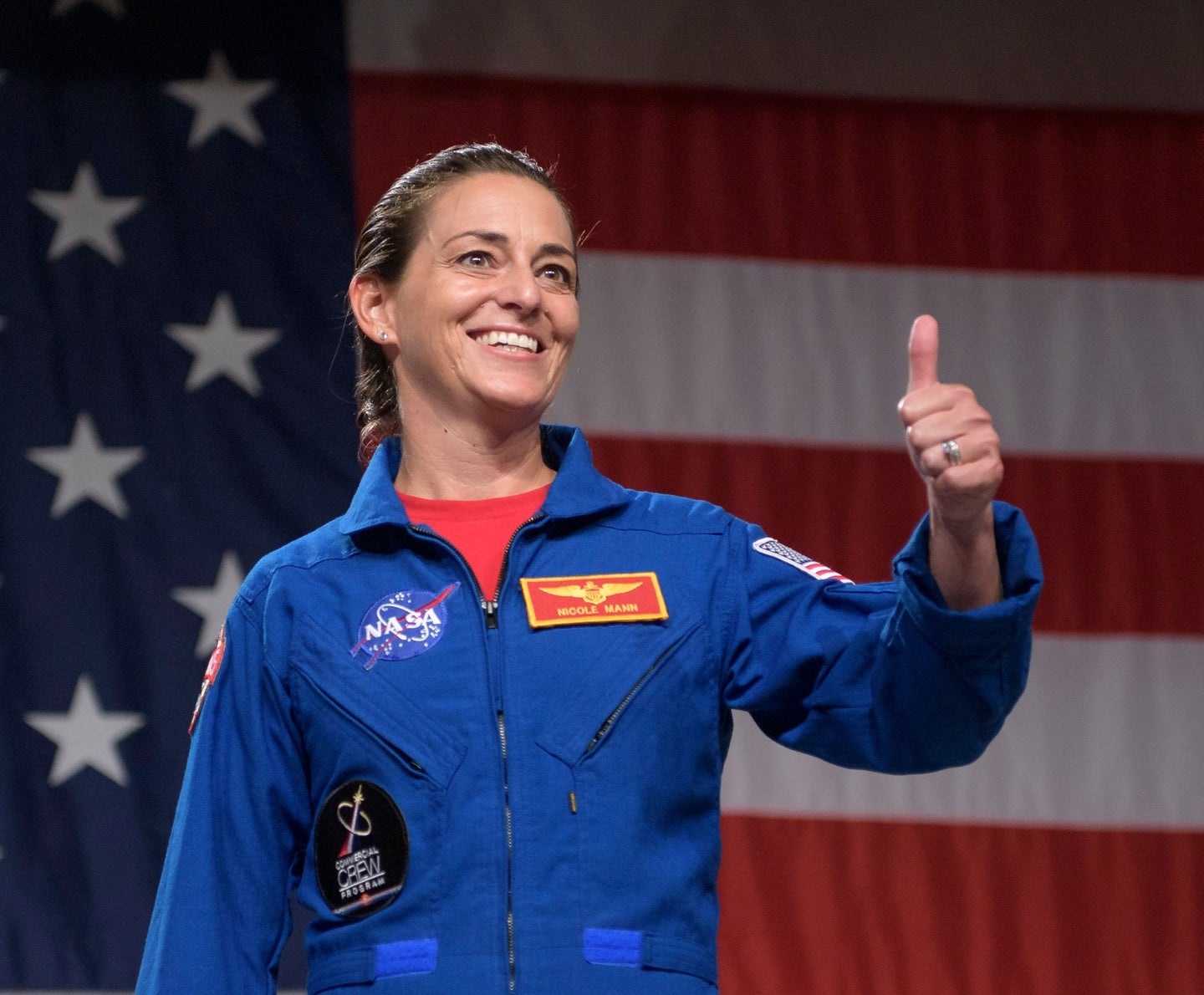 Mann is enrolled in Wailacki of the Round Valley Indian Tribes in northern California and is a colonel in the US Marine Corps. She served as a test pilot in the F/A-18 Hornet and Super Hornet and was deployed twice aboard aircraft carriers in support of combat operations in both Iraq and Afghanistan.

[Related: Meet the next generation of American spaceflight]

In June 2013, she was selected as one of eight members of the 21st NASA astronaut class. To prepare for her time in space, Mann completed intensive instruction in International Space Station systems, spacewalks, Russian language training, robotics, physiological training, T-38 flight training, and water and wilderness survival training, according to NASA. Mann’s training was complete in July 2015 and she has since served as the T-38 safety and training officer and as the assistant to the chief astronaut for exploration. She led the astronaut corps in the development of the Orion spacecraft, Space Launch System, and Exploration Ground Systems for missions to the Moon.

In an interview with Indian Country Today in August, Mann said, “it’s very exciting,” referring to being the first Native woman in space. “I think it’s important that we communicate this to our community, so that other Native kids, if they thought maybe that this was not a possibility or to realize that some of those barriers that used to be there are really starting to get broken down.”

[Related: SpaceX and NASA are studying how to bump Hubble into higher orbit]

Crew-5 will be aboard the ISS conducting more than 200 science experiments aimed to help prepare for human exploration beyond low-Earth orbit, such as cardiovascular health, bioprinting, and fluid behavior in microgravity. “One of the ones that I’m looking most forward to is called the biofabrication facility. And it is literally 3D printing human cells, which to me sounds so futuristic, right?” she enthusiastically told ICT.

The six month mission is the latest stage in commercial and public space exploration.

“Missions like Crew-5 are proof we are living through a golden era of commercial space exploration. It’s a new era powered by the spirit of partnership, fueled by scientific ingenuity, and inspired by the quest for new discoveries,” said NASA Administrator Bill Nelson, in a press release.

John Herrington is the only other Indigenous American to have entered orbit. Herrington (Chickasaw) flew on a 2002 space shuttle mission and logged over 330 hours in space and has flown 30 different spacecraft before retiring from NASA in 2005.

“I feel very proud,” Mann told Reuters before lift-off. “It’s important that we celebrate our diversity and really communicate that specifically to the younger generation.” When referring to the excitement that her trip has generated among some Native American communities, she said, “that’s really, I think, an audience that we don’t get an opportunity to reach out to very often.”