Glamping in zero gravity will cost a few millions bucks at least. 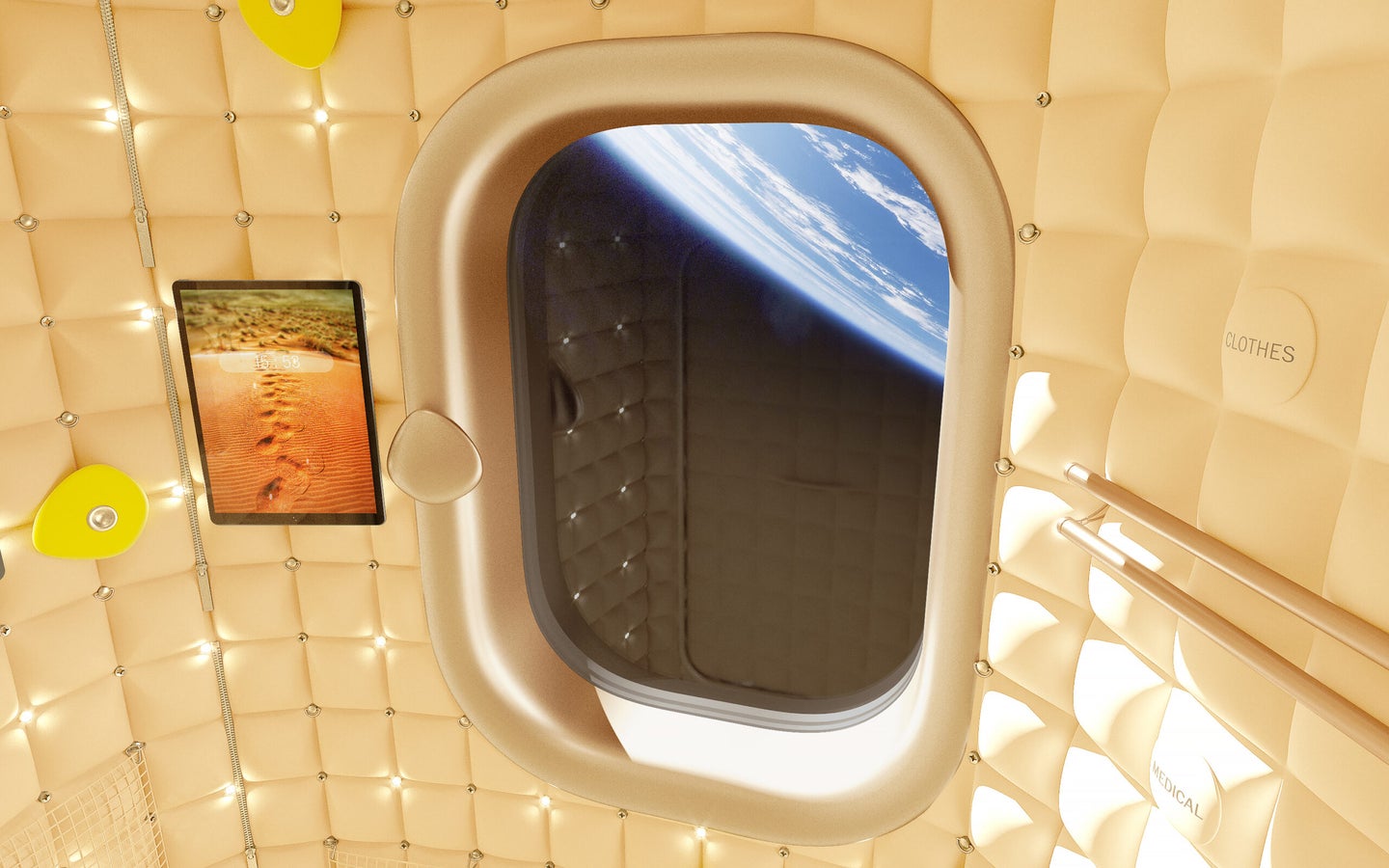 Have you always dreamt of leaving Earth? Are you a member of the two, or better yet three commas club? Well it’s a great time to be alive because after decades of delays, the space tourism industry may finally be taking off. Not just the kind Dennis Tito pioneered in 2001, where you buy a ticket from the Russian government to visit the International Space Station (ISS), but real honest-to-goodness free market tourism with multiple private companies vying to turn your hard-earned millions into an out-of-this-world experience.

SpaceX, which is preparing to launch astronauts to the ISS any month now in its newly human-rated Crew Dragon capsule, announced last week that NASA won’t be the only paying customer for its new vehicle. The private company is also offering to launch up to four private citizens into orbit in late 2021 or 2022. And SpaceX is far from the only company on the verge of starting space tourism operations. Here’s a primer to where and when you can go, and how much it might cost you.

The entry-level trip is the short-but-sweet suborbital flight. You fly more or less straight up at least 62 miles—the boundary between Earth and space, according to the Fédération Aéronautique Internationale—snap a few selfies, and come straight back down. At the peak of the flight you’ll experience a few minutes of weightlessness, see the sky turn black, and finally find out for yourself whether the Earth is round or flat.

Virgin Galactic has been promising to provide this sort of service “this year or next year” for a decade, but this year they might actually deliver. The company is currently conducting the final tests of its VSS Unity spaceplane in New Mexico, and in a presentation to shareholders last fall said that it was targeting summer of 2020 for the first passenger flight. Virgin Galactic has taken deposits from 600 would-be astronauts and will charge $250,000 per seat. While it’s initially targeting clients worth at least $10 million, it expects that economies of scale will soon push down the price, opening the experience to those worth $1 to $5 million, according to the presentation.

In budget space tourism, Virgin Galactic will face competition from Blue Origin, Jeff Bezos’s rocket company. Blue Origin has also developed a crewed capsule that it will launch to a similar height on a rocket, before touching down for a parachute landing. The company’s New Shepard passenger rocket has made multiple test flights and could start commercial flights this year, CEO Bob Smith told CNBC.com last fall.

Around the world in 90 minutes

Those looking for some quality time in space may want to hold out for the orbital flight SpaceX announced last week. Having already demonstrated its Crew Dragon capsule’s ability to reach orbit (and safely escape an exploding rocket), SpaceX is partnering with tourism company Space Adventures to offer orbital flights around the Earth in 2021 or 2022.

“This historic mission will forge a path to making spaceflight possible for all people who dream of it,” said Gwynne Shotwell, SpaceX’s President, in a press release. (Or at least those with wallets as big as their dreams).

Interested individuals will earn bragging rights as the highest-flying private astronaut to date, as the Crew Dragon will orbit more than twice as high as the International Space Station. Participants would enjoy a view of the planet unseen since the Gemini program in the 1960s, according to the press release, and would enjoy weightlessness throughout the orbit or orbits—each of which would last about 90 minutes.

Space Adventures hasn’t announced a price, but tens of millions would be a reasonable guess. NASA will pay about $55 million per Crew Dragon seat and an earlier SpaceX deal (which has since fallen through) with Bigelow Space Operations priced seats at $52 million, but both of those missions involved visits to the ISS. This orbital flight is a “free flyer” and won’t rendezvous with any craft in orbit, which could make it a bit more affordable.

A stay in a many-star hotel

Spending a few nights in orbit is a conceivable goal for this decade, but details remain vague and the experience would, in some cases, require building new hardware.

NASA announced last summer that it will allow tourists to sleep on the ISS for the bargain price of $35,000 a night. But before you go cancelling your Virgin Galactic seat, keep in mind that figure represents the bare-bones price that a space tourism company will pay NASA. Unless you have your own rocket, you’ll likely be paying a much steeper cost for a whole package that includes training and transportation.

Bigelow Space Operations immediately announced that it had purchased four seats on SpaceX’s Crew Dragon capsule and would be charging about $52 million each for a one to two month visit to the ISS, although those plans have since been cancelled.

One question is where tourists would sleep, as the ISS doesn’t exactly have a ton of vacancies. To that end NASA recently reached an agreement with Houston company Axiom Space to build a commercial segment and attach it to the ISS. Parts could launch as early as 2024, and would be Axiom’s first steps toward assembling its own private space station—one featuring designer interiors and wi-fi. Axiom hopes to start offering 10-day stays on the ISS next year, according to its website. It doesn’t list a price but NASA spaceflight reports that the company signed a contract with a customer last year worth $55 million.

Challenging Axiom in the private space station arena could be a company called Orion Span, which aspires to open the doors of its Aurora space station in 2022. A 12-night excursion will reportedly cost $9.5 million—a true bargain considering that it includes the launch price (rocket TBD). No word lately if Orion Span is on track to meet its 2021 launch goal, but the website accepts fully refundable $80,000 deposits in USD, Bitcoin, Ethereum, and other cryptocurrencies. Don’t lose that receipt.

To the moon and beyond

If you’re planning a trip beyond low earth orbit in the foreseeable future, your name is probably Yusaku Maezawa. In 2018 SpaceX founder Elon Musk revealed that Maezawa, the billionaire founder of Japanese fashion site Zozotown, had booked a trip to fly around (note: not “to”) the moon on the Starship rocket—Musk’s vision for a heavy lifting, fully reusable system that will service orbit, the moon, and Mars.

Starship is currently under rapid development, with SpaceX producing many simple prototypes as it moves toward its first orbital flight. Neither Maezawa nor SpaceX has said how much he’ll be paying for the historic week-long flight, but Musk has said that Maezawa’s support has contributed to development costs, which he estimates at $2 to $10 billion. Maezawa recently stepped back from his retail company, selling a controlling stake for $2.6 billion—in part to allow more time to train for the moon mission, Forbes reports.

But if all those destinations are too rich for your blood, there’s always Mars. Building a million-person city will be an all-hands-on-deck enterprise, and Musk has long said he aims to get one-way ticket prices down to a modest $500,000 so that middle class folk can afford to sell their homes and join the Martian workforce. Or, failing that, you can always take out a loan and work it off through indentured servitude.