What happens if you get diarrhea in space?

Astronauts (both real and fictional) have to deal with a whole range of poop problems. 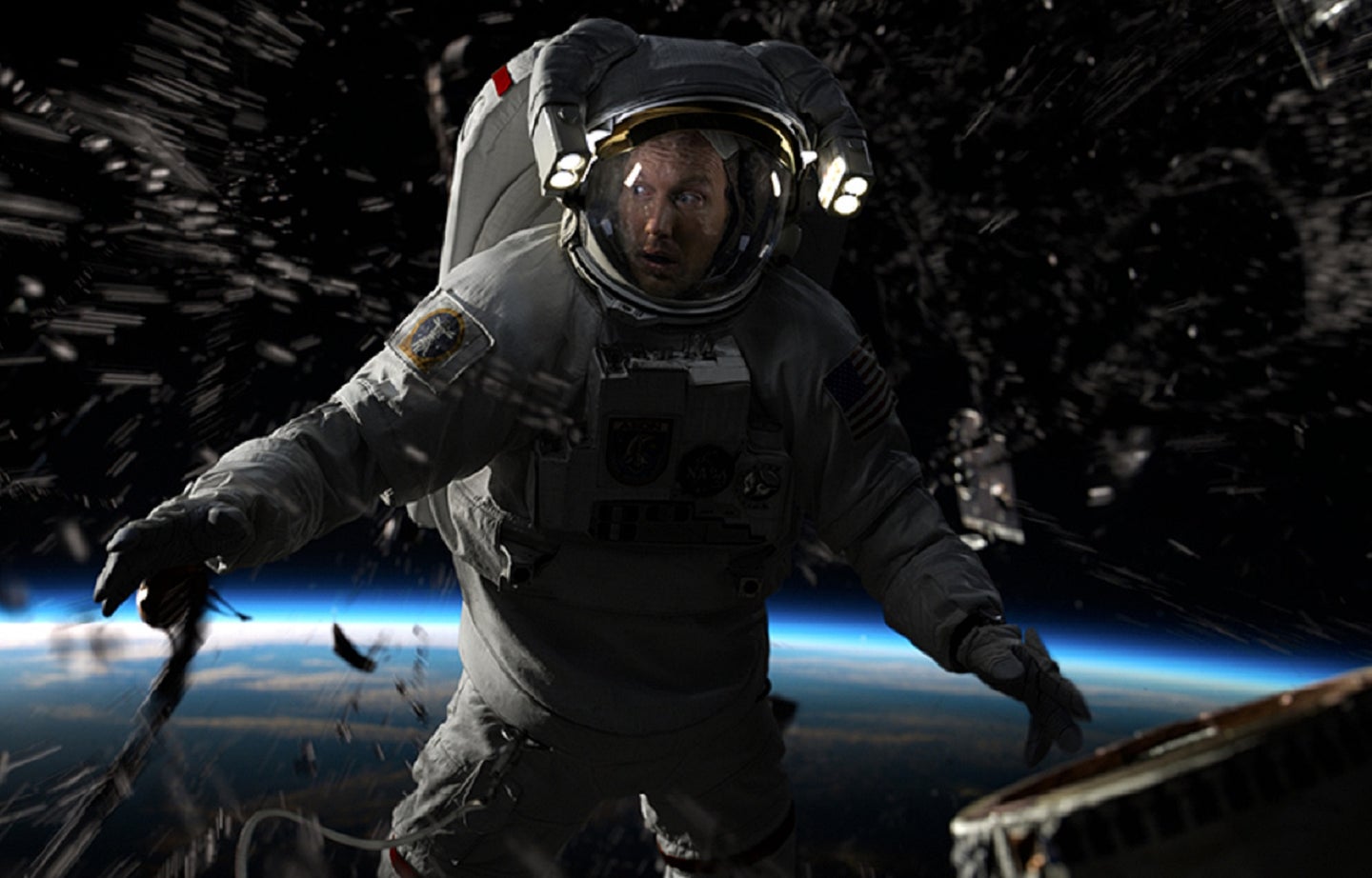 There's no gravity—just let it all go. Lionsgate
SHARE

The new movie Moonfall is exactly what it sounds like: It’s about the moon mysteriously yeet-ing itself out of orbit and causing absolute calamity on Earth. It’s the kind of big-budget action film that asks a lot of silly questions. What if our atmosphere suddenly lost its integrity and started spilling oxygen out into space like a leaky air mattress? What if the moon were a hollow piece of alien technology? Could the US government stop an impending cosmic disaster by firing a nuke at it?

But Moonfall also asks a question that real-life astronauts and flight surgeons have to face every single day: What happens if you get diarrhea in space?

Okay, so the movie doesn’t actually feature any instances of extraterrestrial gastrointestinal distress. But it does involve a conspiracy-theorist-turned-amateur-astronaut with Irritable Bowel Syndrome (IBS) who finds himself launched into space with nary a bathroom break beforehand.

Mika McKinnon, a geophysicist and disaster researcher who served as the film’s scientific advisor, is pleased to report that topsy turvy tummies are perfectly welcome on the International Space Station (ISS). “IBS would not be an eliminating factor if you’re an astronaut candidate,” she says.

NASA flight surgeon Josef Schmid, who takes care of astronaut health both on the ground and while they’re in orbit, confirms that the space program is prepared to handle a whole array of poop problems.

“There are a lot of folks who have issues,” he says. “One thing I remember from my medical training is that the only ‘normal’ person just hasn’t been evaluated enough.” In most cases, he says, he and other members of the medical team simply endeavor to give the astronaut candidate the medical care they need to take care of the problem.

In fact, even the healthiest astronauts might find themselves as focused on their bowel movements as most IBS sufferers are on the ground. The ISS generally houses six or seven international crew members at a time (though it’s packed in as many as 13), and they all share just one or two suction-powered toilets.

“Hygiene time” is rigidly scheduled—just like everything an astronaut does—to avoid pile-ups, which can reasonably stress some newcomers out. And some astronauts say that despite the strange effects that zero gravity may have on the fluids (and solids) sloshing around inside, the urge to go to the bathroom still hits them just as it would on the ground. Schmid explains that astronauts are welcome to squeeze in necessary bathroom breaks by finishing up various tasks a little early—no one actually expects them to poop on a perfect schedule. And in their first few days in orbit, their daily tasks are limited, so they have the freedom to settle in and poop at will (their half-a-dozen shipmates’ schedules notwithstanding).

“One of the things I ask them each day when they get to orbit is, ‘how are you eating?’ And the next thing I ask them is, ‘how is the bathroom function going?’ Because I know that once there’s no constipation, they’re really settled in and doing well,” Schmid says.

Just like any stressful situation, a trip to the stars can cause gut upheaval in either direction. But stagnation is actually more common than diarrhea, perhaps because microgravity puts the gastrointestinal tract in an odd position. Dehydration, which can increase constipation, is also a frequent issue during the first few days on the ISS. Astronauts know that the position they sit in for launches—with their feet at the same level as their hearts—causes fluids to pool and makes them need to urinate, which is something they often try to avoid by drinking less. You can’t blame them for wanting to stay dry: On the Soyuz launch vehicles, astronauts have to pee into ultra-absorbent garments and fitted condoms.

During launches, the best way to poop is with the help of what basically amounts to a triple-layer plastic bag on a bucket. (Things were even more dire on Apollo missions, where crew members had to stick plastic bags directly to their butts and use manual pressure to make dangling turds fall inside, leading to at least one infamous floater incident). To this day, astronauts are given the option of getting an enema before they take off, just to lessen the possibility of an urgent bowel movement while they’re en route.

[Related: A brief history of menstruating in space]

So, even if you’re plagued by frequent and uncomfortable poops, you can always choose to start your space flight with an empty gut to mitigate the need for pit stops. And once you’re in orbit, you’ll be in good company as you make your awkward adjustment to the new facilities. The whole ISS crew is on a monitored diet and hydration schedule, intended, in part, to keep them regular, and everyone gets plenty of guidance on how to … go. “All astronauts are getting toilet training,” Schmid says with a laugh. Voiding into the station’s toilets, which gently suck your solids into little baggies for collection and periodic disposal, takes some getting used to.

(Side note: As both Schmid and McKinnon went out of their way to explain, astronauts can’t just dump the dried poo out of an airlock, because it would most likely cluster close to the spacecraft and stick to its surfaces. Instead, it gets sent down on used cargo vessels, which have enough heft to get into the atmosphere and burn up “like shooting stars.” NASA is, as ever, open to better solutions.)

In some instances, it can even be simpler to handle an astronaut with a known gastric issue. That means Schmid has months or even years to figure out how best to manage their symptoms. “I can send them up with their fiber supplement of choice, or specific prescriptions,” he says, “and I’ve got medications we keep on board that I can recommend based on how they’re feeling. I do a lot of trying to read the tea leaves.”

Meanwhile, even the healthiest individuals can feel thrown for a loop once they head into orbit. Schmid has seen seasoned pilots with stomachs of steel deal with agonizing nausea during their first few days of flight. “I can’t just order a prescription for someone and tell them to send it on up,” he says with a laugh. “So I have to hope I’ve got what everyone needs.”

According to a risk report published by NASA’s Human Research Project in 2016, “several events of diarrhea attributed to multiple causes have been reported in space flight.” Figuring out how to contain soft stools so they don’t put other astronauts at risk—as well as how to deal with the dehydration and electrolyte imbalance that often come with extended periods of diarrhea—is considered a high priority before future lunar and near-Earth asteroid missions. The agency floats highly absorbent garments as one possible solution, which makes a trip to the moon sound ever-so-slightly less thrilling.

Moonfall features only a short flight to the falling moon in question—the IBS-afflicted astronaut onscreen would definitely be stuck with one of those plastic bag getups—but McKinnon hopes the joke will inspire viewers to look into the fascinating and funny history of space toilets.

“When you’re doing science consulting, just throwing out a whole bunch of ideas and cool things to the writers, you never really know what’s going to stick,” she says. “It brings me such unbelievable joy and happiness that we had this nice little reference to pooping in space.”