A single-cell organism is helping astronomers and school kids alike to understand space. 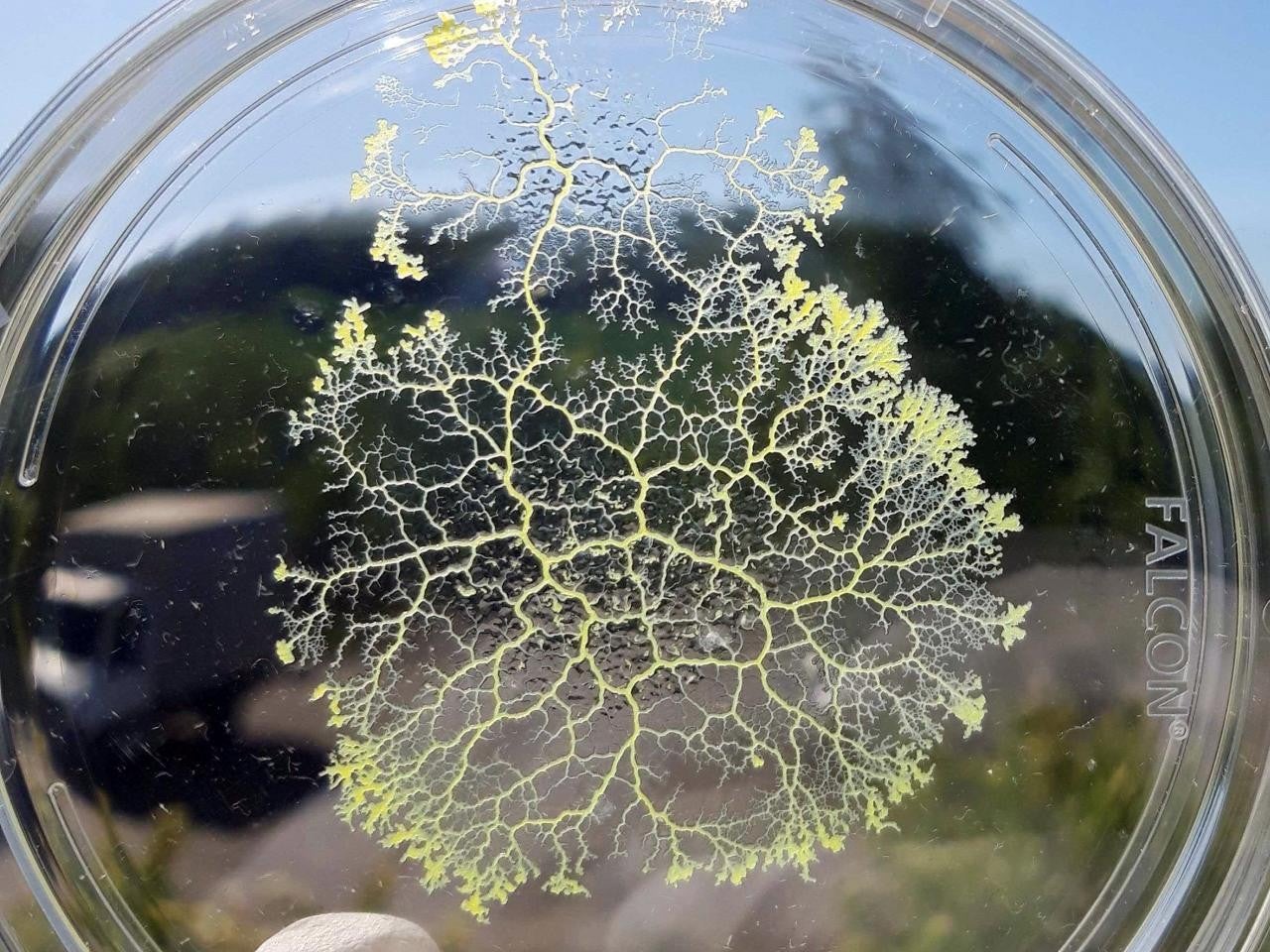 Despite having no brain or central nervous system, the single-cell Blob has been called "intelligent" due to its many remarkable talents. Nico Schramma/MPI-DS
SHARE

The Blob, formally known as Physarum polycephalum, is a type of single-cell slime mold that has fascinated scientists for years. It can heal itself, smell and find food, and even solve mazes. It also has more than 700 sexes. Now, it has gone to space.

On Tuesday, NASA launched its Cygnus cargo spacecraft, which is set to arrive at the International Space Station (ISS) tomorrow. Hitching a ride on Cygnus is 8,200 pounds of materials designated for scientific experiments aboard the ISS, including the gloopy slime mold.

Once aboard, the Blob will undergo a week-long experiment run by the European Space Agency (ESA) to see how the mold’s behavior changes in microgravity. Schoolchildren aged 10 to 18 all over Europe will be following along, replicating the slime mold experiments in class to see how their slimes compare on the ground.

The Blob is an exciting two-in-one venture. “Our aim is to investigate the effect of microgravity on slime mold behavior, especially exploration behavior but also growth,” said Audrey Dussutour, a slime mold specialist and director of research at the French National Center for Scientific Research, a partner institution in this experiment, according to VICE. “But the real main objective of this project is to engage kids in interesting, exciting scientific experiments.”

This isn’t the first time slime mold has been recruited for space research. Last year, physicists realized that, in the search of food, slime molds build networks of filaments inside themselves that are uncannily similar to the mysterious “cosmic web,” the tangle of gravity and dark matter that holds the cosmos together.

Astrophysicists and computer scientists used slime mold behavior to create an algorithm that can simulate the growth of dark matter filaments in the universe. They then took their trained AI and applied it to real data for over 37,000 galaxies. The algorithm was able to produce a three-dimensional map of the underlying cosmic network that astrophysicists hope to use in the future to model how distant galaxies interact. The results were published in The Astrophysical Journal Letters.

“It’s quite amazing to see that the virtual slime mold gives you a very close approximation in just minutes,” said Oskar Elek, a computational media scientist at UC Santa Cruz who worked on the project, in a statement. “You can literally watch it grow.”

While this new experiment may not seem as grand as mapping the invisible backbone of the universe, it will be the first time seeing how the infamous Blob will react in space.

“Nobody knows what its behavior will be in a microgravity environment,” Pierre Ferrand, a life scientist at the French National Center for Space Studies working on the project, said to Agence France-Presse. “What direction will it move in? Will it take the third dimension by going upwards, or go sideways?”

The coming week will hopefully answer many of those questions, and perhaps reveal more about what makes this strange, slimy Blob tick.