Sharks Are More Likable When They Swim To Upbeat Music 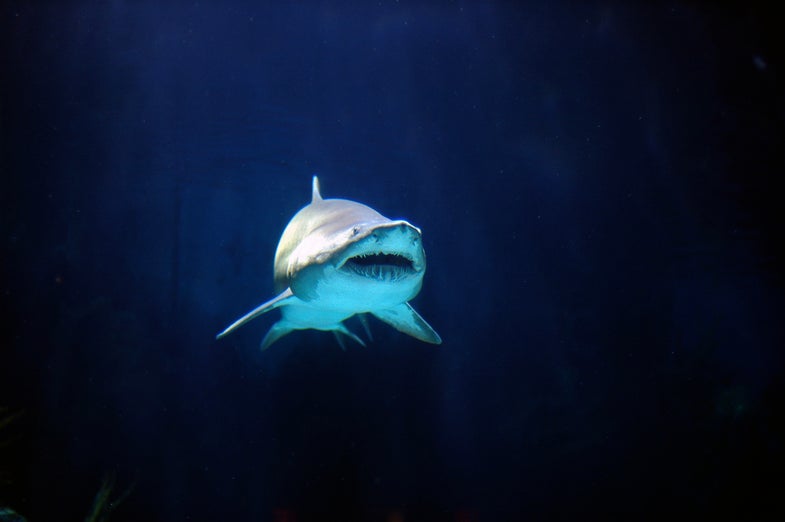 Sharks have a serious public relations problem. Despite being curious creatures with relatively little interest in human flesh, movies like Jaws and The Shallows paint them as bloodthirsty monsters. The booming, tense soundtracks to these films put us on the edge of our seats.

But what if videos of sharks swimming were paired with upbeat, pleasant music instead? Researchers studied the reactions of people watching a variety of shark videos: Overlaid with scary music, uplifting music, and silence. The participants’ feelings toward sharks were more negative after viewing the horror-music-style segments.

They used a clip from the “Ocean World” episode of the Blue Planet: Seas of Life documentary series, which begins with a pleasant musical score when showing schools of fish, but turns to a dark minor key when the sharks show up.

Regardless of their emotional responses toward the shark footage, people didn’t change their minds about shark conservation — they came out of the study with the same opinions they went in with. Nevertheless, the study authors think documentary makers should choose their music wisely.

“For many, documentaries are regarded as objective and authoritative sources of information, and for some, documentaries may in fact be the primary source of information on animals such as sharks,” they write in the paper. It’s up to editors and producers to make sure their subjects are captured in an unbiased, less sensationalist way. “Filmmakers, journalists, and exhibit designers set the tone of their works, and, while an ominous soundtrack may enhance their entertainment aspect, it may also undermine their educational value by biasing viewers’ perceptions of sharks.”