The blood-drinking badass has been eluding scientists 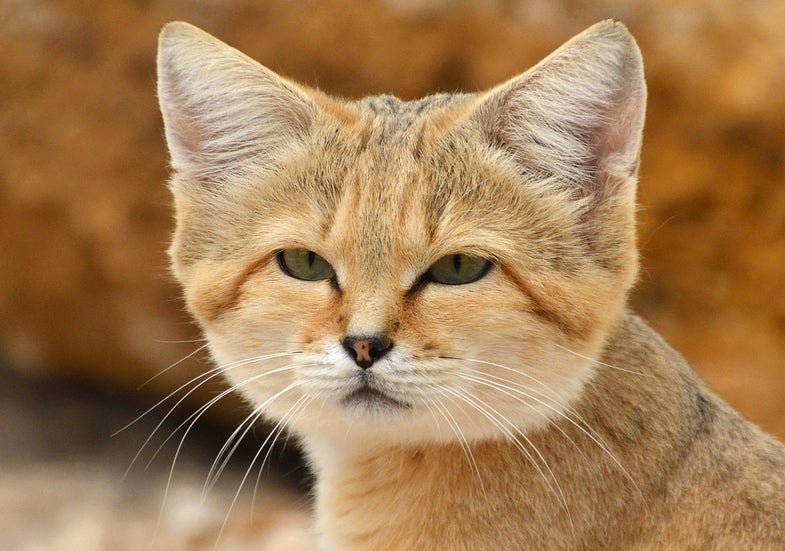 Don’t be fooled by the adorableness. This little dude drinks the blood of his enemies.

The Arabian sand cat, Felis margarita harrisoni, is a mysterious and under studied animal. Until recently, its habits in the wild were only anecdotal tales. We know that the subspecies is well-equipped for its North African, Arabian and Central Asian desert habitats with protective hairs on its ears and paws, and has adapted to arid climates by getting its hydration by eating smaller creatures. But it hadn’t been seen for about a decade.

In March 2015, Shakeel Ahmed, an assistant scientist at Abu Dhabi’s Environment Agency, set out to photograph the elusive sand cat. His team set up 5 camera traps with cat food over 278 nights between March and December, and ended up collecting data on three individual sand cats: Two female and one male. A majority of the photos were triggered in the pre-dawn hours, and during full moons. The findings were published in the European Journal of Wildlife Research.

The team hopes that these new insights into the sand cat’s wild life will help the threatened species’ conservation efforts. In the meantime, rock on, sand cat.