To Save Black-Footed Ferrets, Scientists Will Bring Back DNA From Frozen Specimens 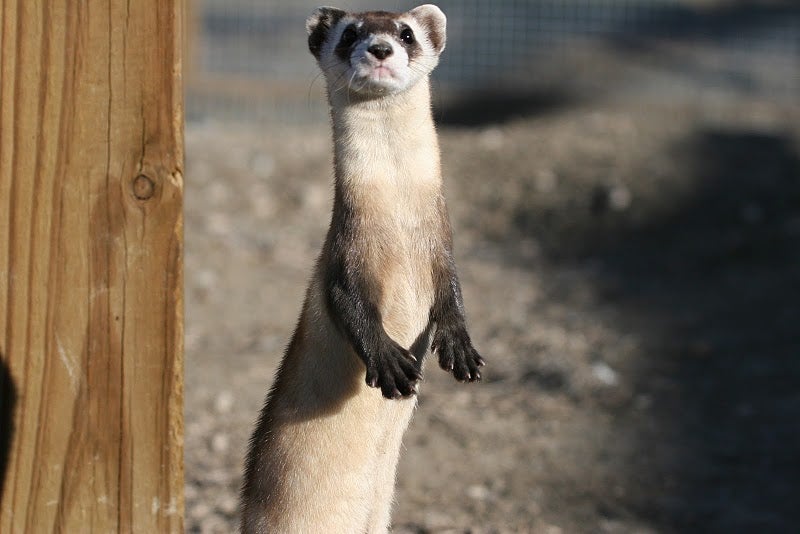 The endangered black-footed ferret is already getting some hi-tech help from scientists. But in case vaccine-laden snacks shot from drones aren’t enough to bolster the population, the Fish and Wildlife Service has another plan: reintroduce DNA from dead specimens.

Black-footed ferrets (Mustela nigripes) have rallied after the population dropped to 18 animals in 1987, but the several hundred ferrets alive today are all descended from just seven of those 18 individuals. So they have hardly any genetic diversity to speak of, making the population especially vulnerable to diseases and other threats.

Long-lost DNA from frozen specimens in zoos or museums could be restored to the ferrets via clones genetically near-identical to the frozen specimens that would breed with the existing population, writes David Biello at Scientific American. With gene editing, the clones could also carry and pass along resilience against disease. Geneticists plan to begin gene-editing cell cultures this year in partnership with the Zoological Society of San Diego.