Fish Pee May Be Helping Coral Reefs More Than We Think 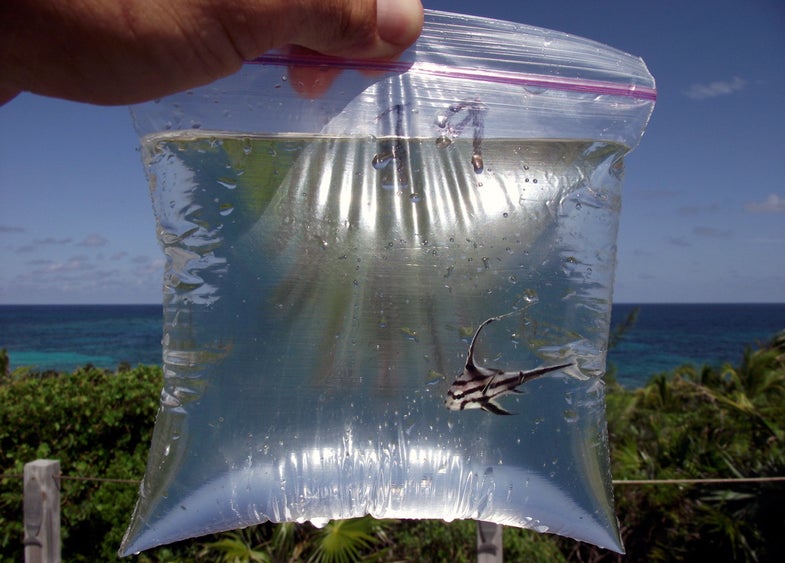 Overfishing our oceans is an obvious hit to biodiversity. You’re simply taking out too many fish.

But a new study published in Nature Communications shows that fishing in general may be depleting the ecosystems of something else – pee.

While it may seem silly, having less pee and other fish waste products can seriously harm the nutrient cycling systems. Pee from most animals contains nitrogen in some form, and nitrogen is an essential building block of life.

Fish also release phosphorus, another important nutrient, through their gills.

Jacob Allgeier, a post-doc at the University of Washington, Seattle, and a team of researchers from throughout the United States, studied nutrient cycles in 43 coral reefs in the Caribbean for four years, specifically looking at what fish can bring to the table.

They collected more than 140 different fish species from the wild, had them sit in seawater-filled plastic bags for a half an hour, and then measured the nutrient contents of the water before and after. They then made estimates of the nutrient levels at different sites based on their findings.

The researchers found that larger or predatory fish contributed more nutrients to the system, meaning that fishing the larger species depletes coral reefs of more nutrients.

They found that general fishing, where the larger species and those higher in the food chain are caught, is not necessarily hurting the biodiversity like overfishing does. But it does affect the nutrient levels.

“We were not totally surprised that there was such a drastic reduction in fish mediated nutrients, given the degree to which some systems are so heavily fished,” Allgeiers said in an email, as he is currently out in the field, continuing research.

“What was surprising was the way in which fishing was changing the fish communities that lead to the high reductions in fish-mediated nutrients (fish pee) that we found.”

Fishing didn’t reduce the number of species, Allgeiers said. Instead, it removed, “the more valuable, larger and predatory individuals…And those individuals disproportionately supply lots of nutrients through their excretion.”

The findings make sense, as it has been known for decades that coral reefs with stronger fish communities can grow twice as fast as those without.

With the events of coral bleaching via ocean acidification and general overfishing becoming global phenomena, this lack of nutrients can be added to the decline of coral reefs. Allgeiers is already conducting more research, this time studying the nutrient cycles in Pacific coral reefs.