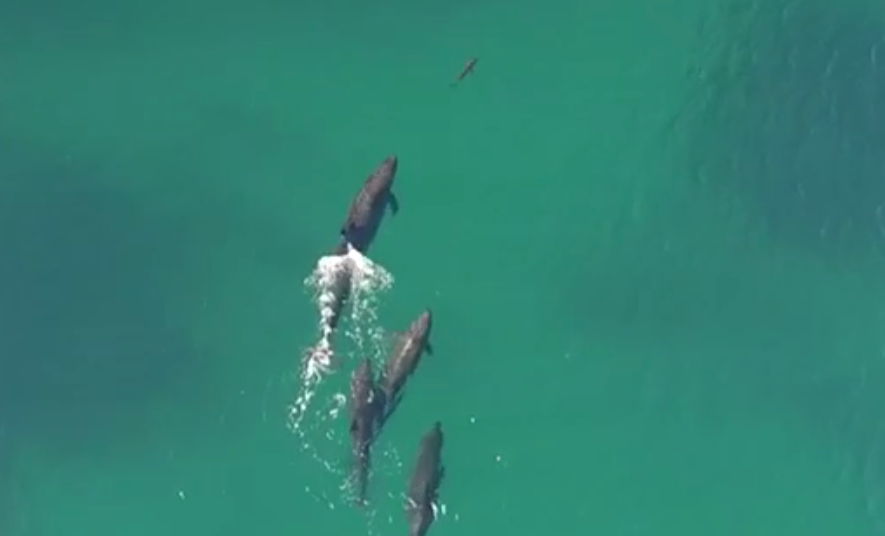 It’s not every feeding frenzy when a shark becomes the prey instead of the predator. But recently, a drone hobbyist stumbled upon just such an encounter, capturing footage of a pod of whales chasing down a shark off the coast of Sydney, Australia. Experts are having a hard time IDing the juvenile shark, but its hunters appear to be a species called false killer whales (Pseudorca crassidens, not to be confused with killer whales).

The shark’s fate appears grim—in the video, you can see one of the whales briefly surface with the hapless animal firmly clutched in its jaws. Marine biologists, however, are excited to see the pod in action, as false killer whales are rarely spied in the waters around Sydney.