Spider Colonies Are Cooperating Themselves To Death

This is why we can’t have nice things 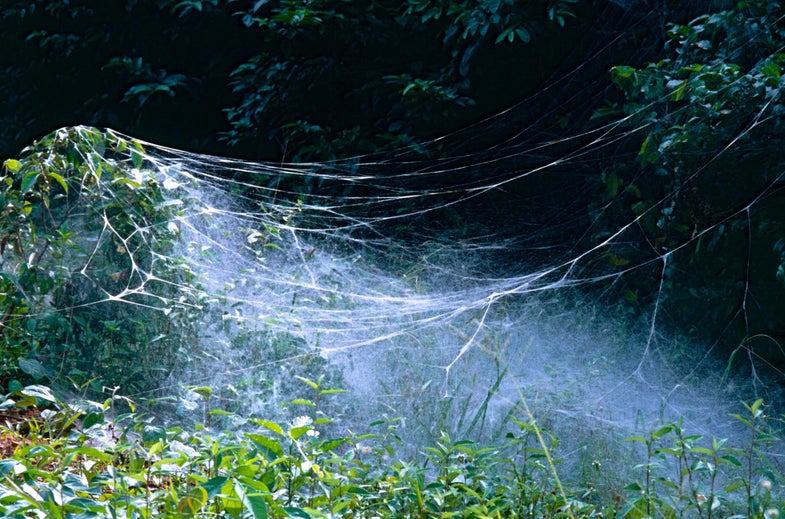 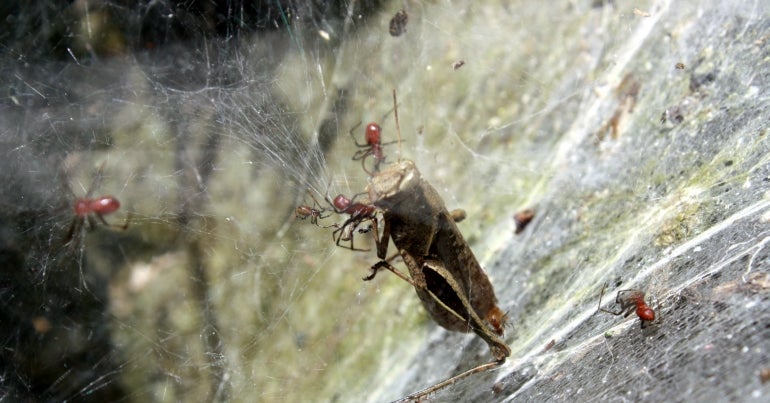 As social spiders’ colonies get larger and larger, their normal habits of sharing larger food turns into spiders not getting enough to eat. This may be the reason why 21 percent of colonies go extinct every generation.

In the rainforest of South America, a unique species of spider creates some of the biggest colonies in the world, with up to ten thousand residents. With a hive mentality, the spiders, known as Anelosimus eximius, work together as a team, taking care of each other’s egg sacs, repairing broken sections of their webs, and even sharing food.

But this sharing may be the reason behind massive die-offs in some of the biggest colonies.

Researchers from the University of British Columbia were curious to what was causing the large colonies to disappear. In earlier research, co-author Leticia Avilés found that 21 percent of colonies go extinct in a generation.

“Once I saw a massive nest on the side of the road in Ecuador, about five meters tall and four meters across. I went back a few weeks later and it was completely gone,” said lead author and zoology Ph.D student Ruth Sharpe in a press release.

To figure it out, the researchers created artificial colonies in a controlled setting, where they gave the groups different-sized prey.

They found that larger prey was shared more equitably among spiders, and spiders in worse shape ate more often when there was larger prey. Also, the individuals that helped more in the capturing did more of the eating. 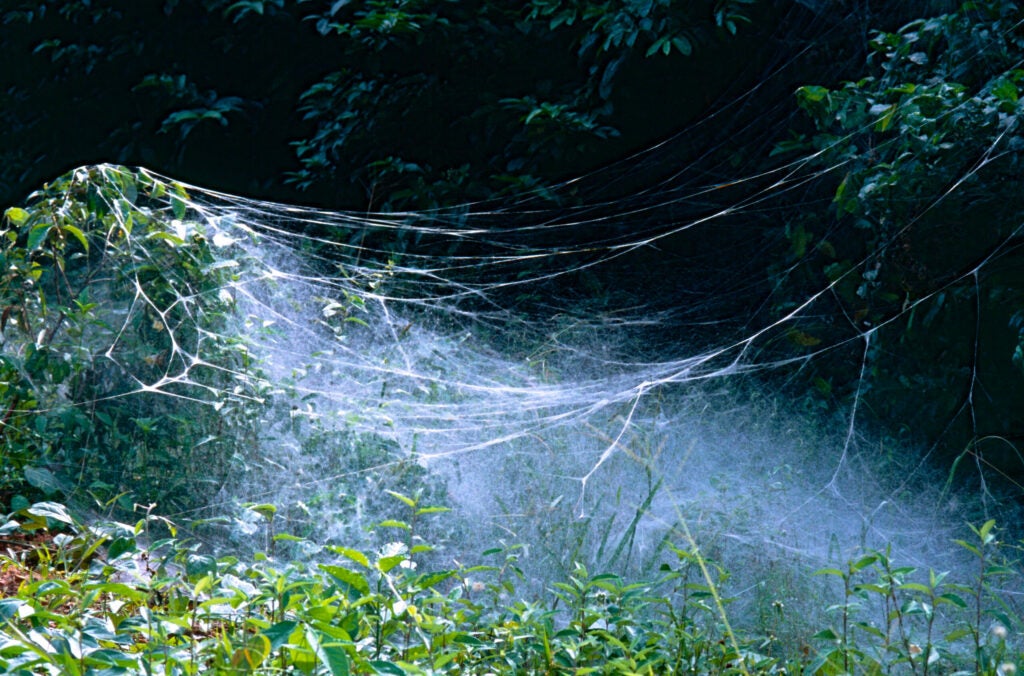 Web systems of Anelosimus eximius, which lives in South America, can hold tens of thousands of spiders, living together communally.

They then followed this up with population modelling, where they found that only if the prey was a medium size, not too large or too small, was it worth it for a spider to hog an entire prey animal as food for itself. If it was too small, it was not worth the effort to expend energy catching the prey and defending it from others. If it was too big, then it’s more beneficial to share and get help capturing it. Also, the spider might not be able to eat the whole thing in one sitting, or have to work to defend the prey anyway.

What this seems to suggest, the researchers believe, is that the colonies get so large that they are not able to sustain themselves.

Past studies have found that as the size of a colony increased, it was more likely for the spiders to catch more prey, up until a certain point. After they reach this point, they continue catching larger and larger prey, but less total prey.

Then, even as they share the bigger prey, each spider is taking smaller amounts, eventually sliding into poorer health.

“It’s an unfortunate byproduct of what they have to do survive,” said Sharpe.

“It’s a puzzle because in this case, evenly splitting resources may not be beneficial to the colony.”