The longest-living vertebrates in existence 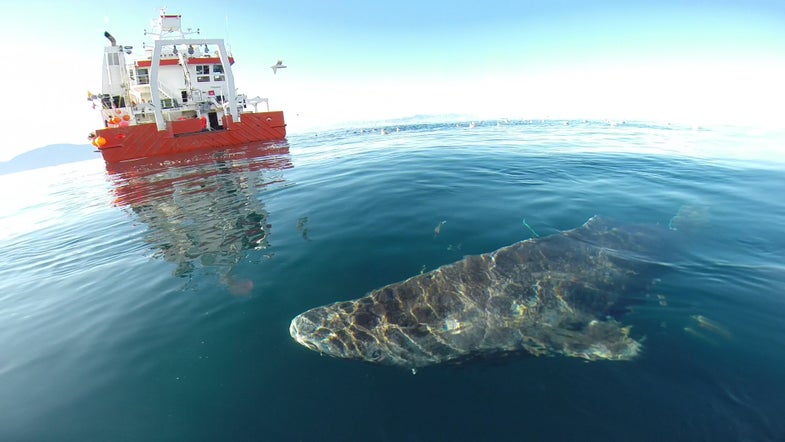 Move over, Lonesome George. Tortoises like George have long been considered to be among the longest-living vertebrates on Earth, living for over 150 years in many cases, though bowhead whales have given the reptiles a run for their money. But now, a challenger has come along to blow them both out of the water.

Meet the Greenland shark. In a paper published today in Science researchers published evidence that Greenland sharks can live for up to 400 years, only reaching sexual maturity around 150 years of age.

Greenland sharks are remarkably slow and almost blind preferring cold, dark waters and eating anything they can catch at their mincing average speed of 0.76 miles per hour. Sometimes, what they can catch is carrion. Or discarded moose.

Researchers figured out the sharks’ advanced age by dating the eye lenses of sharks that had inadvertently been caught as part of an Annual Fish Survey run by the Greenland Institute of Natural Resources between 2010 and 2013. Radiocarbon dating of the fish eyes showed that the sharks were hundreds of years old, with the oldest clocking in at around 392 years old.

The only animal to beat the Greenland shark is the ocean quahog, a clam that can live for over 500 years. It’s impressive, but we animals have a long way to go before we even come close to plants, which can live for thousands of years. 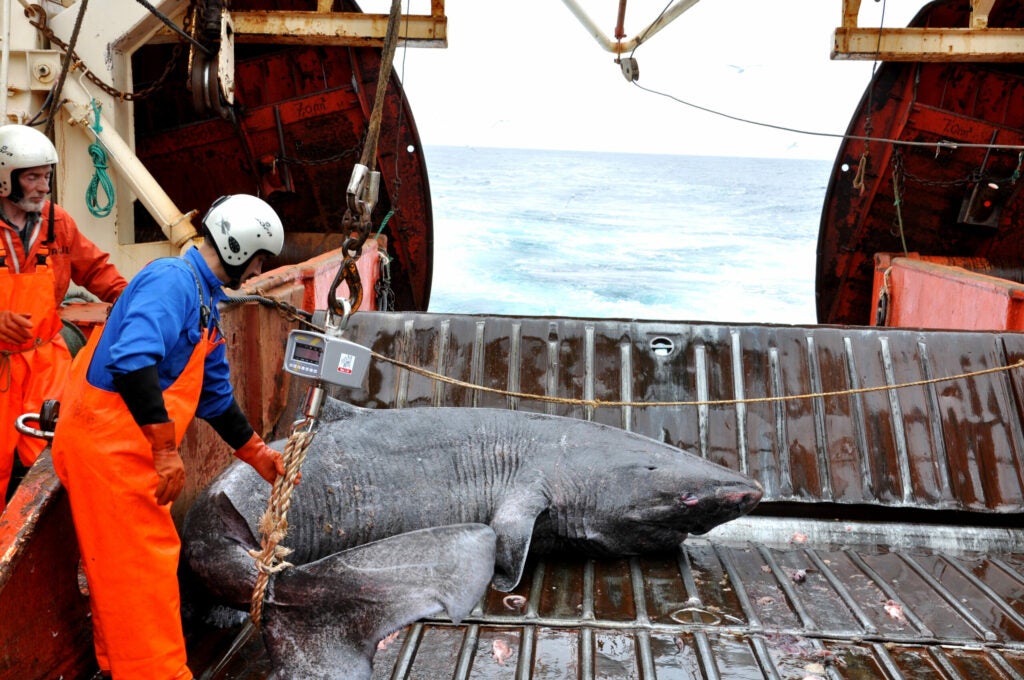 A Greenland shark caught inadvertently during an annual fish survey between 2010 and 2013. 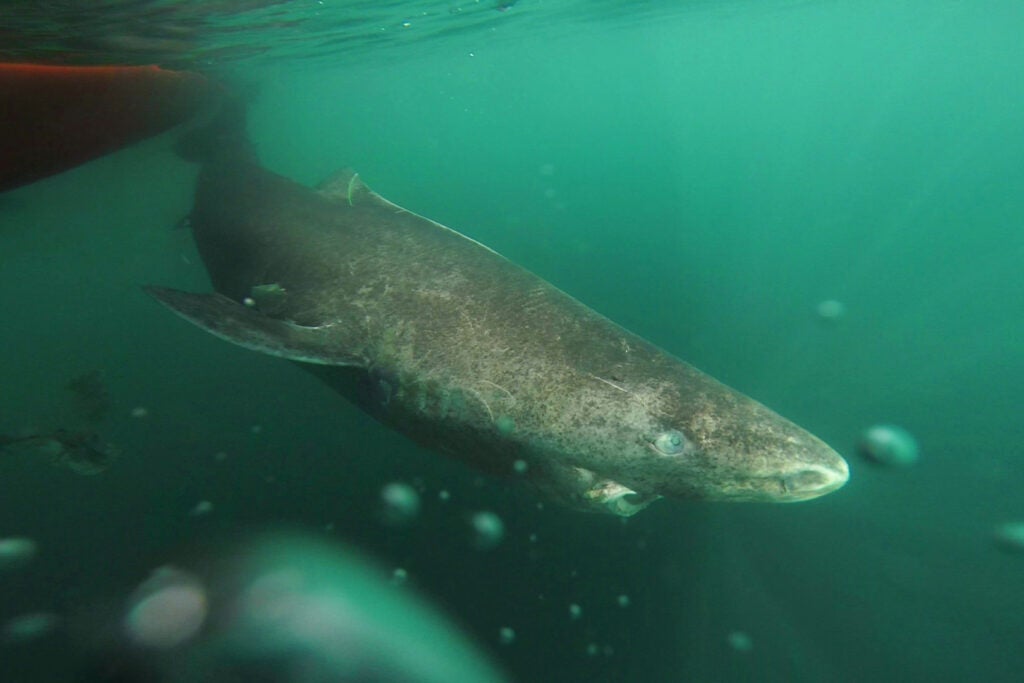 A Greenland shark swims away from a vessel where researchers tagged the animal for future studies. 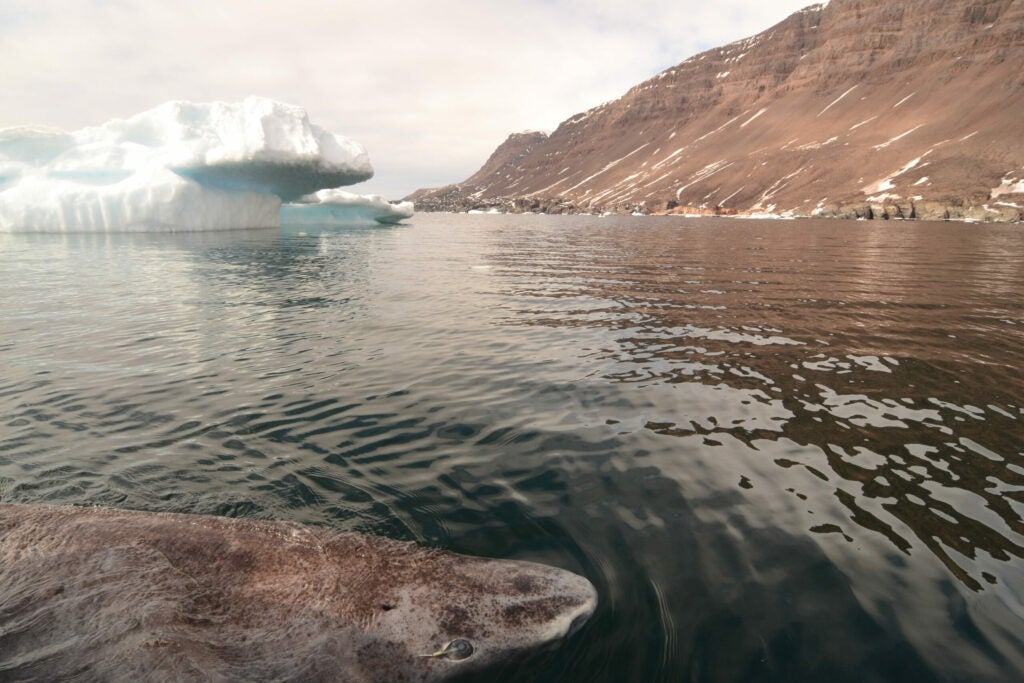 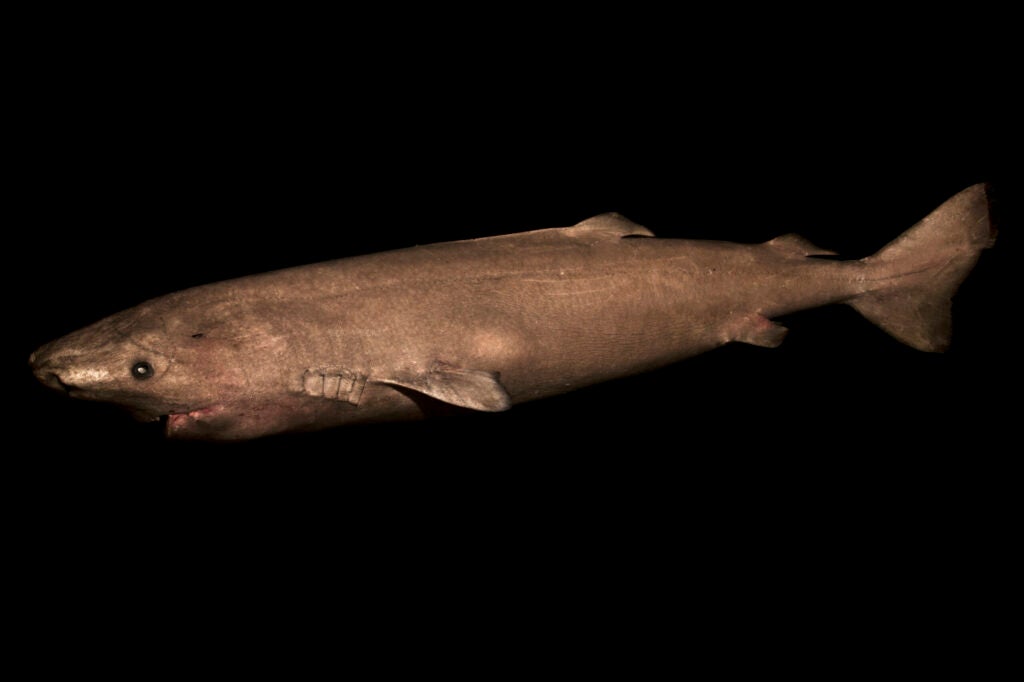 At 2 meters (6 feet) long, this is a relatively young female shark found off the Greenland coast.
Animals
longevity
sharks
vertebrates