A team of researchers out of Wageningen University in the Netherlands has come up with a framework to rank different species of mammals, from mildly domesticated to wild animals, on their suitability as pets.

While some may seem like a no-brainer (maybe it is a bit dangerous to have a brown bear), the researchers created criteria to judge 90 different species on not just the possible harm to humans, but also the biology and needs of the species and its welfare in captivity. Some animals are known to show stereotypy behavior, repetitive, abnormal behavior with no function that can sometimes be harmful.

The researchers, themselves animal welfare experts, scoured encyclopedias and other bibliographic sources to find short phrases describing each species of animal. They also paired this with outside experts’ knowledge. The researchers hope that their framework will eventually be used on other sorts of animals that are kept as pets or in captivity, like birds or reptiles.

But until then, if you’re yearning for a new playmate, stick to the top of the list. Sika deer, Agile wallaby, Tamar wallaby, llama, and the Asian palm civet round out the top five. It’s better for your sake, and the sake of the animal. 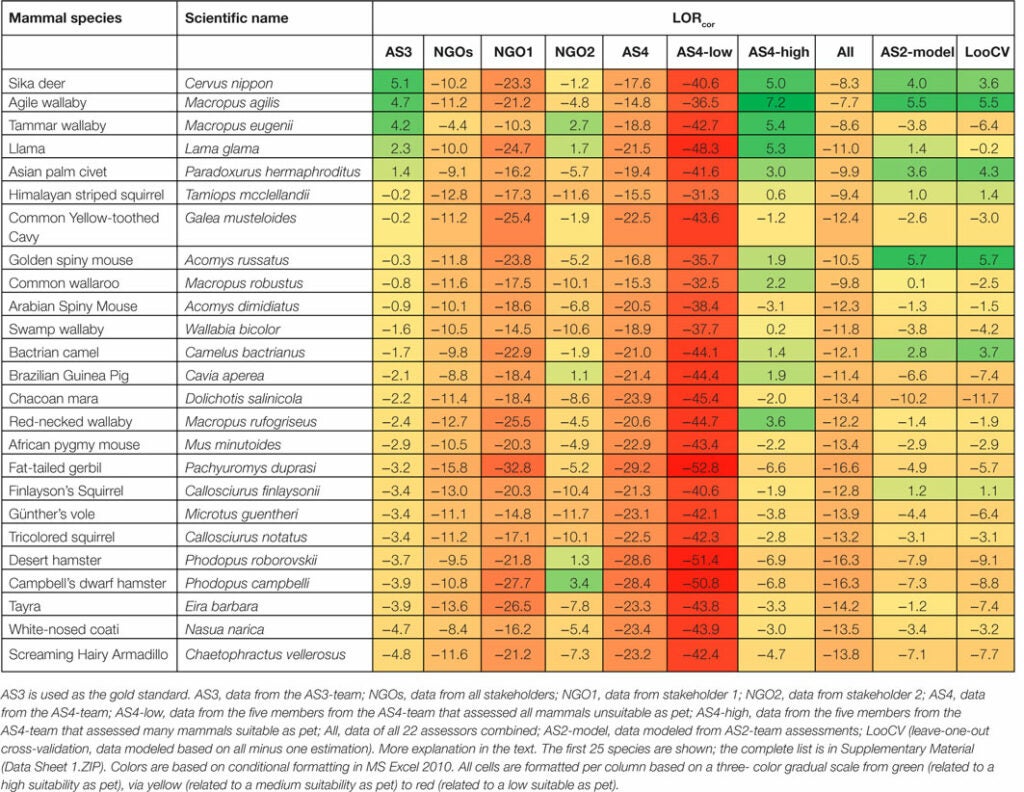 What’s Suitable And What’s Not

The researchers not only took in dangers to humans when evaluating a species’ suitability as pets, but also the dangers to the animals themselves. Above, the animals are ranked, top to bottom, from most suitable as pets to least, with the Sika deer at the top of the list and the Black-tailed prairie dog rounding out the bottom.

A previous version of this article incorrectly stated the mammals’ rankings and provided a chart from the research paper that only showed which animals were considered, not their rankings. The article has been updated with the correct information and chart.