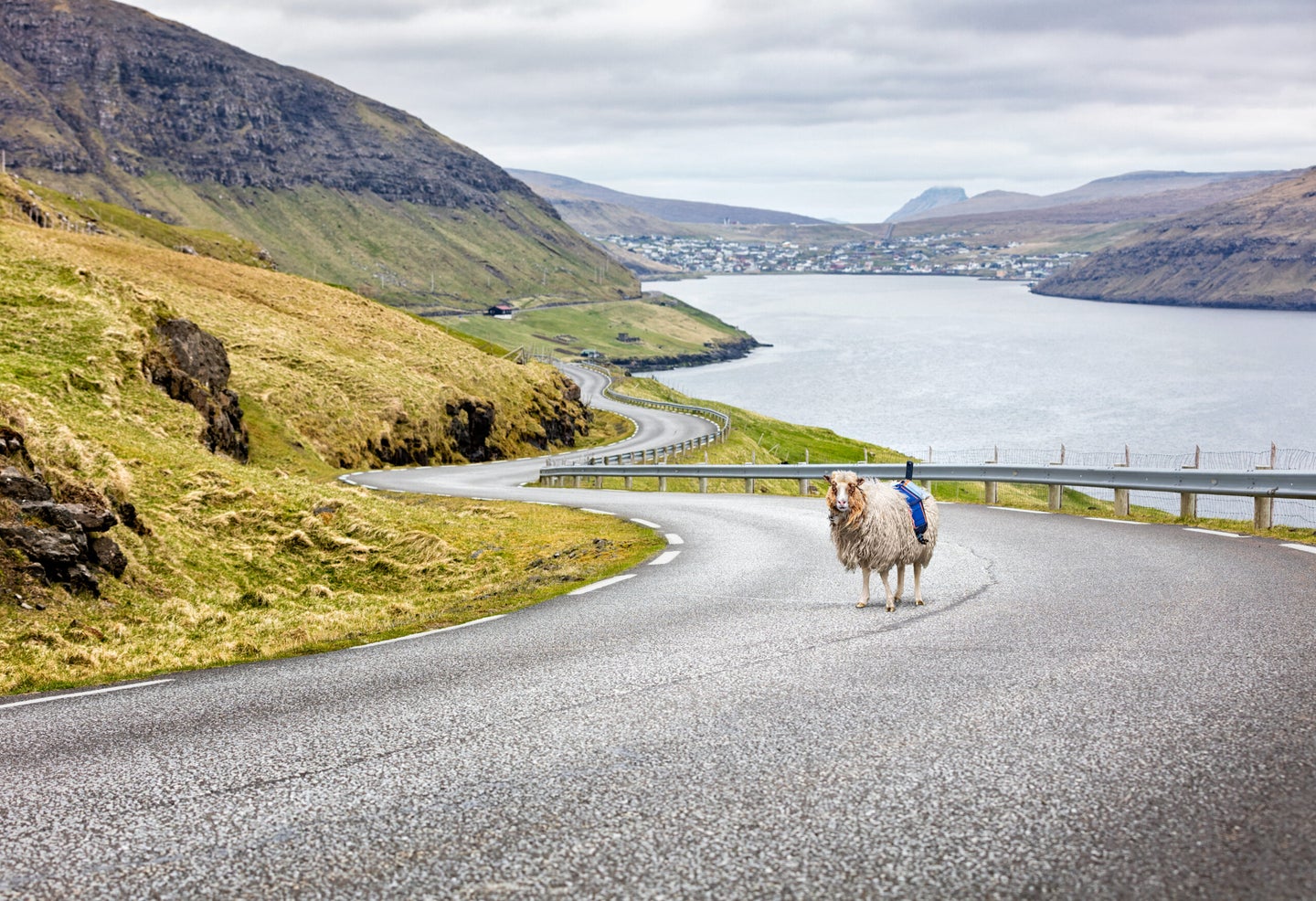 You may have heard of the Faroe Islands once before when they tried to sequence the genes of all its citizens, but this small North Atlantic archipelago is again asking for its name to be heard. Or herd.

Using something they call Sheep View 360, the islands’ official tourist board is campaigning to get their roads included on Google Street View. A Faroese woman named Durita Dahl Andreassen, part of the tourist board called Visit Faroe Islands, has rigged harnesses onto sheep and attached 360-degree cameras, filming while the sheep roam the island.

You can watch her first 360-degree video below and see this awesome idea in action, though it does face some challenges.

As you can see, the shaky camera-handlers are given freedom to graze, so the sheep set off to record whatever footage they can. This map, courtesy of Visit Faroe Islands, shows where the sheep have already been to capture images of the beautiful Scandinavian territory.

Google Instant Street View has a few images of the islands, but you can’t yet virtually explore the streets like you can in the U.S., or much of Europe. For now, the tourist board will continue using the sheep filming method, but they’ve launched a social media campaign with the hashtag “#wewantgooglestreetview” and asked people to sign their petition to bring Google to the islands.

Visit Faroe Islands isn’t sheepish in this campaign, and they eagerly await a response from Google.