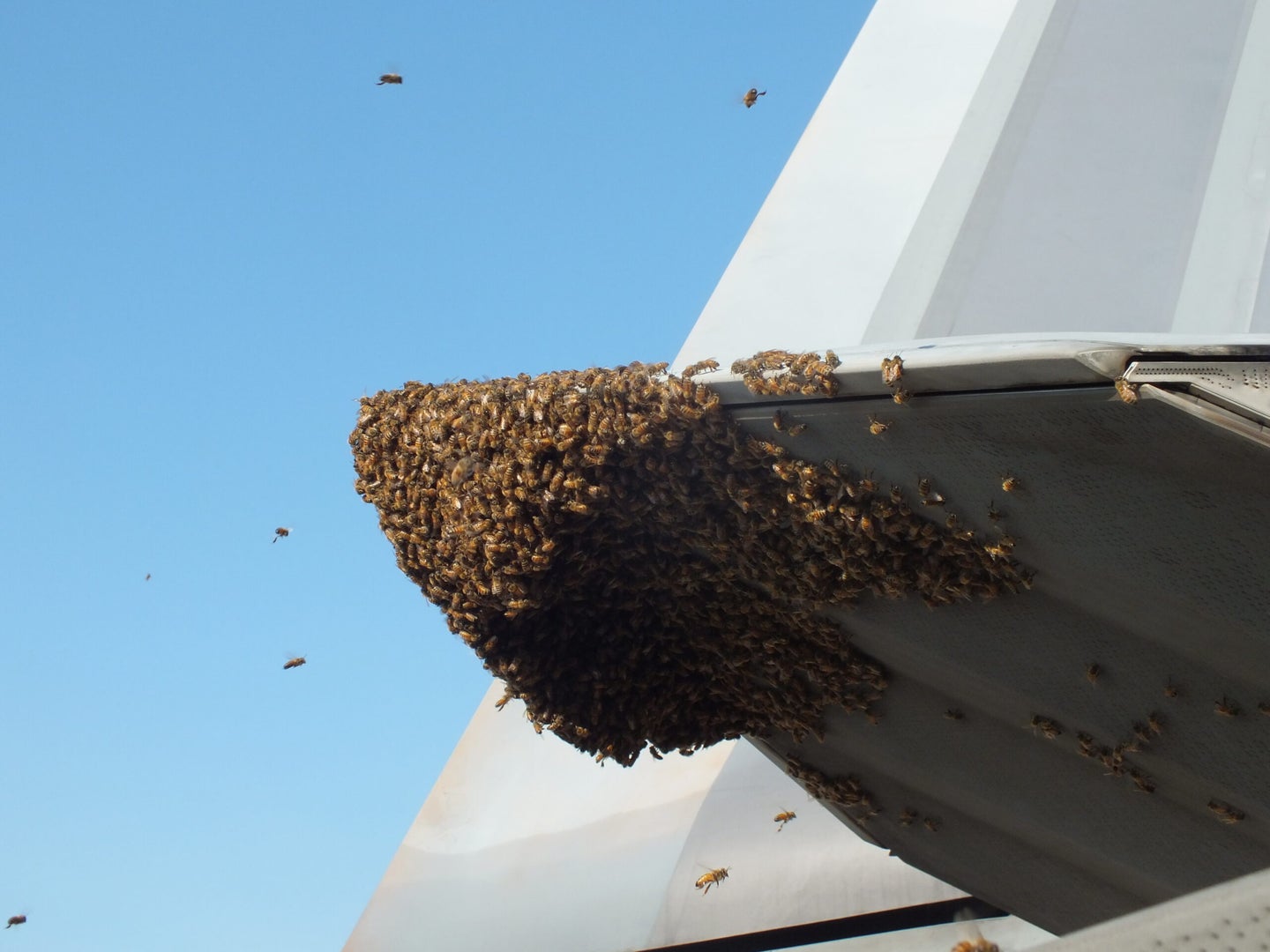 Drones aren’t normally a problem for the F-22. The U.S. Air Force’s advanced stealth fighter is built to clear the sky of any hostile aircraft, be it another fighter, an encroaching bomber, or even an unmanned aerial scout. It turns out, however, there’s a kind of flyer that even the F-22 can’t defend against: bees! No, really. Bees.

In June, a swarm of bees found its way into the exhaust nozzle of an F-22 at Joint Base Langley-Eustis in Virginia. Rather than exterminating the bees, the maintenance crew that discovered the swarm decided to find someone who could relocate the bees.

From the Air Force:

The bees may have just been resting on the jet on their way to find a new home for their queen, though there was also a chance the swarm could have built a hive right there, in the exhaust nozzle of the $143 million jet fighter. Before that could happen, the beekeeper relocated the swarm to the hive of a beer producer, which will use the honey.

Once that beer is ready, I can imagine the mechanics getting together over a round of a brew that I can only hope will be named Stealth Honeybeer, and telling the tale of the time a jet was grounded, if only for a day, by a swarm of bees.

Check out some more pictures of the swarm below: 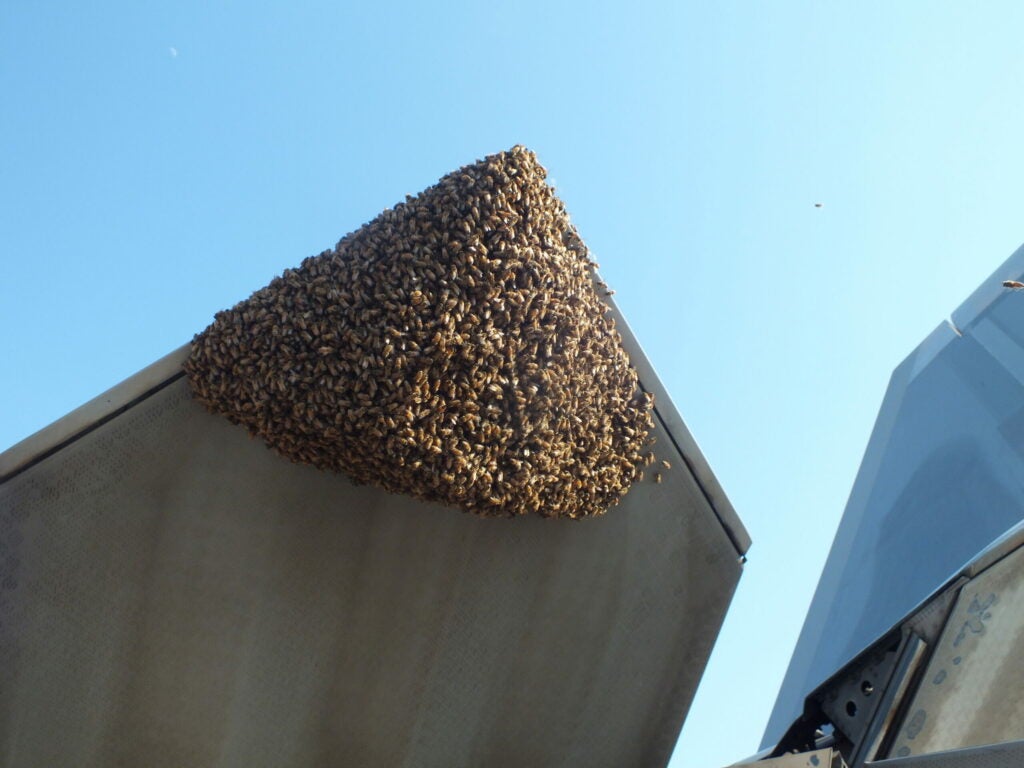 This F-22 is the first to win any Bee Beard contests. 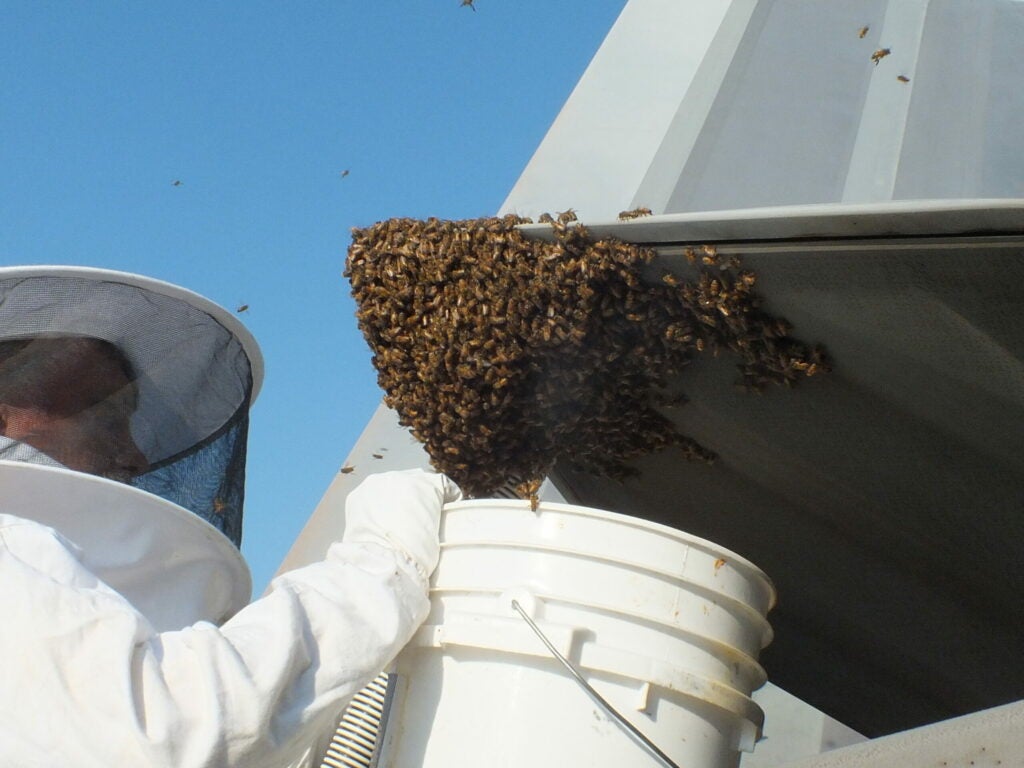 Removing Bees From A Jet

This is the easiest and safest way to defeat a swarming tactic. 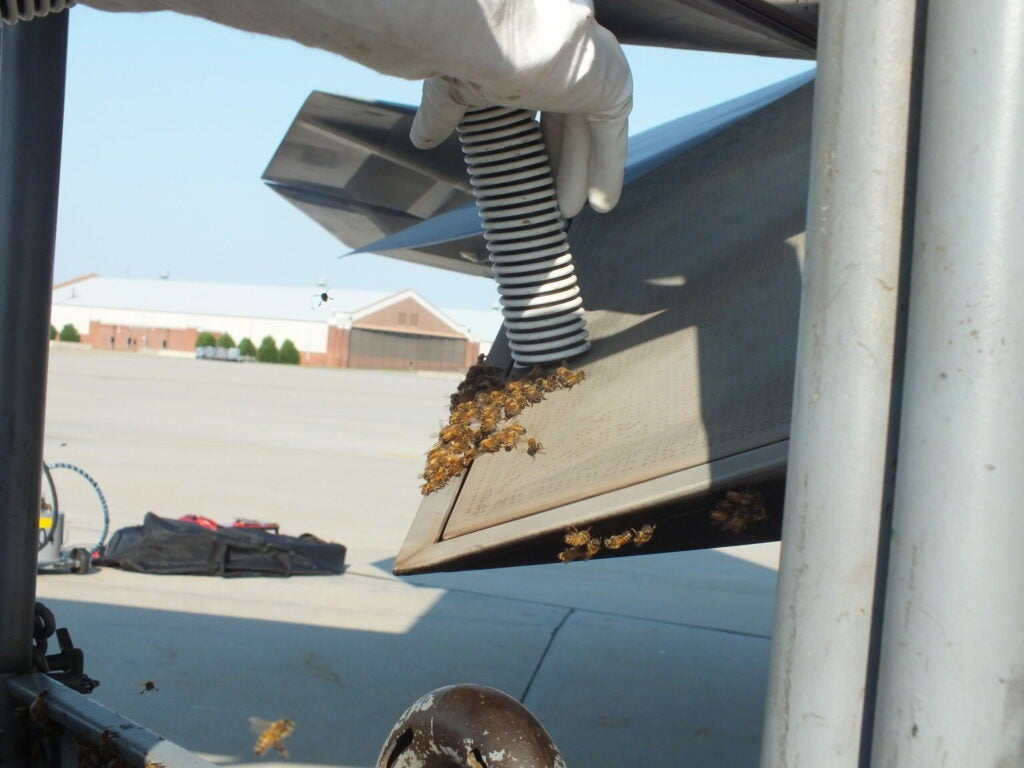 Scraping The Last Of The Bees Off The Jet

The trick with swarms is there are just so dang many of them. 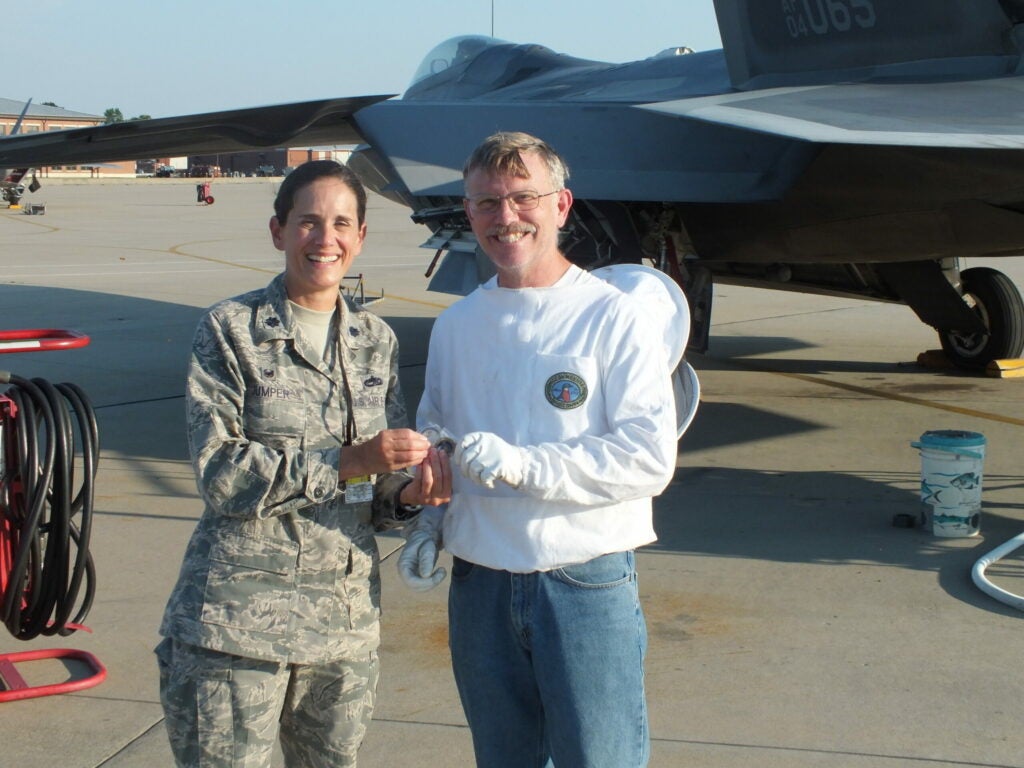 This is the retired U.S. Navy veteran who, in his post-service life as a beekeeper, removed bees from a jet. It is probably the coolest beekeeper story I’ve ever heard.
Kelsey D. Atherton