These Ancient Sharks Turned To Cannibalizing Their Young

At least that’s what their fossilized poop tells us 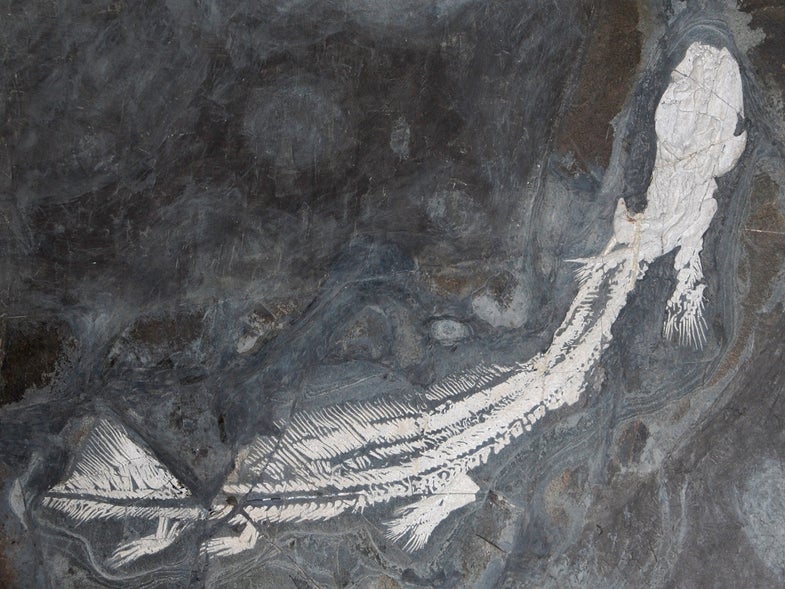 Though Orthacanthus and other ancient sharks and fish developed to be euryhaline, or survive in waters with varied salinity, that might not have meant that there was enough food in the different ecosystems. Tommy from Arad / Wikimedia Commons
SHARE

In a time long, long ago, say 300 million years ago, North America and Europe were on the equator, covered in hot and humid swamps. Many now-extinct fish species dominated the region, in particular the Orthacanthus, a shark with double-fanged teeth that could grow up to 10 feet long.

Scientist have known that around 260 million years ago, the Orthacanthus was an apex predator in the swamps that would one day become the coal seams mined throughout the Appalachians and western Europe. But a new study in the journal Palaeontology says that the top shark was not only eating all types of other species. It was eating its own children.

The group of international researchers studied fossils in New Brunswick, Canada, looking to focus in on ancient species’ euryhaline nature, or the ability of an organism to live in a wide range of water salinity types. But when they came across the fossilized feces of the Orthacanthus, which is easy to spot from its corkscrew shape, the researchers found baby shark teeth inside.

The researchers theorize that the sharks began to cannibalize its own young not because it was an evil fish of the underworld, but because of lack of food resources. The Orthacanthus was a euryhaline species, and as it moved into different aquatic ecosystem types, it may have run out of food.

The Orthacanthus may have turned to cannibalizing its own young when food became scarce. Researchers found tiny baby teeth inside shark coprolites, or fossilized poop.

“It’s possible that Orthacanthus used inland waterways as protected nurseries to rear its babies, but then consumed them as food when other resources became scarce,” said co-author Howard Falcon-Lang, paleontologist at the Royal Holloway University of London, in a press release.

But overall, Orthacanthus was able to use it salt-tolerant abilities to live in many different habitats, even with its cannibalistic plan B. 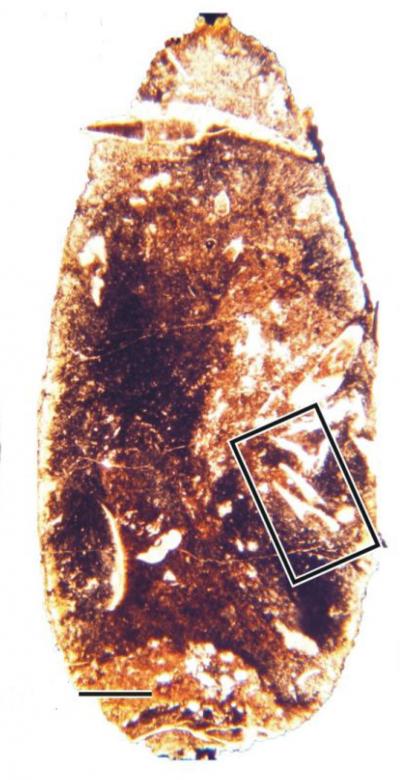 The fossilized poop, or coprolites, of Orthacanthus shows baby teeth from their own young, which may mean that the ancient sharks resorted to cannibalism in tough times. The teeth are highlighted by a black box.

“Orthacanthus was probably a bit like the modern day bull shark, in that it was able to migrate backwards and forwards between coastal swamps and shallow seas,” said Aodhán Ó Gogáin, lead author of the study and doctoral candidate at Trinity College Dublin.

“This unusual ecological adaptation may have played an important role in the colonization of inland freshwater environments.”